Harmonised inflation rises by 0.8% in February 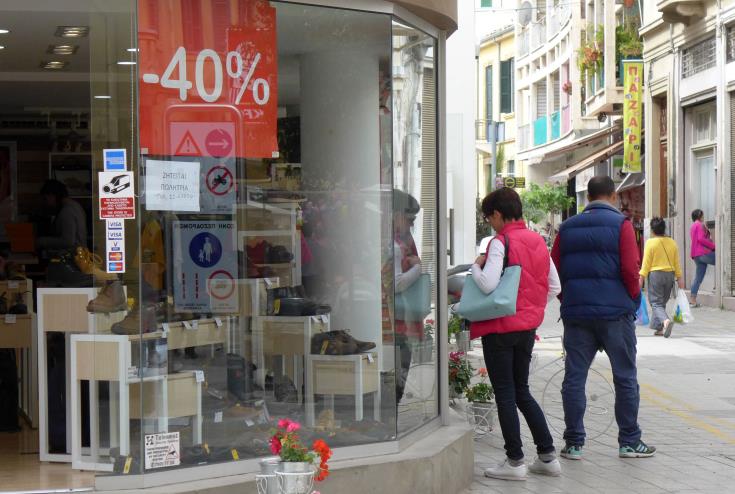 For the period January-February 2019 the HICP rose 1.5% compared with the corresponding period of the previous year.

Compared with February 2018, the largest change was noted in the category of Housing, Water, Electricity, Gas and Other Fuels with 7.8%.

Clothing and Footwear recorded the largest change with 6.4% compared with January 2019.

Housing, Water, Electricity, Gas and Other Fuels saw the largest change with 9.6% between January-February 2019, compared with the same period of the previous year.

As regards the economic origin, the largest change compared with February 2018 was in Food, Alcoholic Beverages and Tobacco with 3.8%. Compared with the previous month, the biggest changes were in the categories of Non-Energy Industrial Goods and Energy, with 1.5% and -1.4% respectively.

By In Cyprus
Previous articlePiano recital
Next articleAyia Napa triathlon