Abolished Cyprus Investment Scheme will not be brought back-FinMin 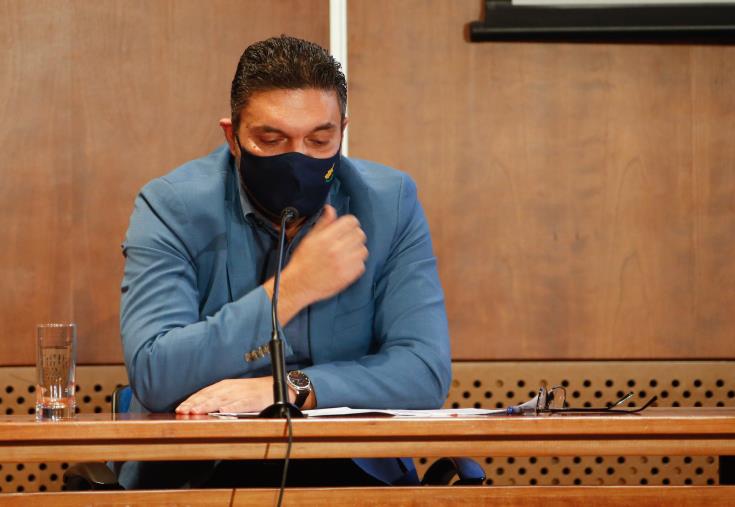 The government will not bring back the Cyprus Investment Scheme either in the same or similar form of the one recently abolished following an Al Jazeera expose scandal, Finance Minister Constantinos Petrides has said.

“A scheme associated with the previous one cannot be implemented again; that is, the systematic granting of citizenship after a predetermined investment amount without a demand for the investor’s link with the country in the form of permanent residence,” Petrides said.

“A symmetric crisis of huge proportions which despite the fact it is not attributed to the economy’s vulnerabilities, it nevertheless led to the abrupt and total termination of its activities,” he added.

The Minister was giving a lecture on the state of play of Cyprus ‘ economy organised by the University of Cyprus School of Economics and Management on Thursday evening.

He did acknowledge, however, that the scheme contributed to the reduction of non-performing loans and created thousands of jobs following the island’s 2013 financial crisis.

But, he noted, the scheme’s focus on the real estate sector was beginning to create imbalances to the detriment of domestic demand.

On the economic effects of the coronavirus pandemic, the Minister said  it was, indeed, unprecedented and that the termination of economic activity was imposed by law and not a result of market conditions.

“The termination of economic activity to a large extent is still ongoing with various alterations and it is expected to continue at least until a large part of the population is vaccinated,” he said.

“The progress of this crisis is determined by health parameters and not by economic data which leads to increased uncertainty. In this context, economic management must be shaped with flexibility and adaptability,” he added.

He also sent the message that Cyprus will not emerge unscathed from this crisis.

And that Cyprus is exploiting European funds to the best possible degree, stating the EU is not a fiscal Union and as such there are not fiscal transfers or “free money.”

“European funds must be repaid either through contributions (to the Resilience and Recovery Fund) or loan repayments (such as SURE),” he said, recalling that absorption of funds by the Recovery Fund will depend on voting and implementing structural reforms.

On the government support measures which amount to €1.3 billion, Petrides said the government will continue to update them according to the changes in the country’s epidemiological image.

But he stressed “the lack of such measures would have led to a much more deep and protracted recession from the one we are witnessing today, with a recession close to 10% with huge consequences in the labour market with long term structural problems to the economy.”

By Annie Charalambous
Previous articleTurkish lira slips as U.S. moves closer to sanctions over S-400s
Next articleEU will launch Recovery Fund regardless of vetoes if necessary