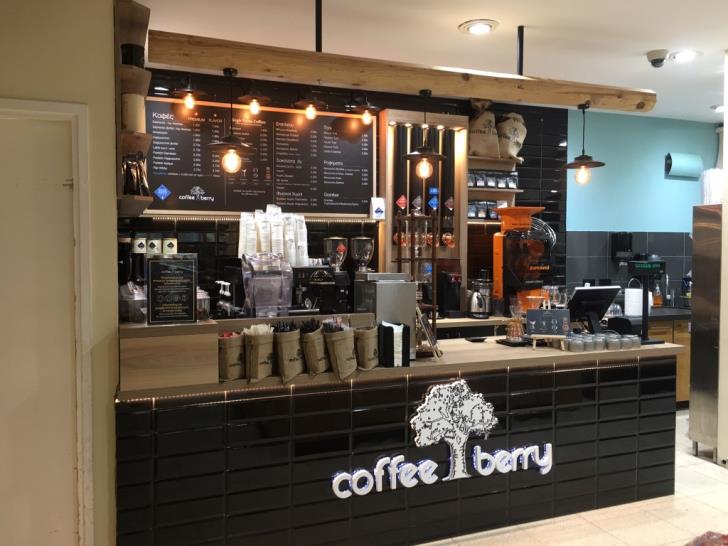 Zorbas Bakeries are the exclusive agents of Coffee Berry brand in Cyprus but the established company says it won’t expand autonomously into the lucrative coffee shop market.

The bakery company has recently opened a Coffee Berry shop at European University of Cyprus student housing’s premises but it made clear that any future similar moves will only take place where there is a real market demand.

Rumours had it that the Greek chain of cafes was planning to expand independently from Zorbas Bakeries, but a source close to the Cypriot company told Insider that this is not the case. And that whatever Coffee Berry expansion takes place it will not be autonomous but in parallel and in cooperation with Zorbas bakeries. The same source added that the cooperation agreement was solid and any autonomous moves would be meaningless.

At the same time, the new Coffee Berry shop at the University premises was described as a real opportunity. And that expansion steps to be followed will all depend on market developments carefully monitored by the Zorbas group as well as on consumer trends.

Zorbas Bakeries introduced the coffee to go concept at bakeries back in December 2016 based on the principles of 3rd wave of coffee and modern day consumer needs. Currently, there are over 50 Coffee Berry outlets nationwide, most of which are within Zorbas bakeries and at shopping malls as tiny stops.

But even though the numerous coffee players in the Cypriot market are currently making profits, Zorbas bakeries believe it’s only a matter of time before saturation comes.

As for the two Coffee Bakery shops operating at Makenzy beach and Spyrou Kyprianou Avenue in Larnaca, these are cases where Zorbas bakeries had previously an agreement with and which was subsequently respected. These coffee shops now also promote Zorbas bakeries products.