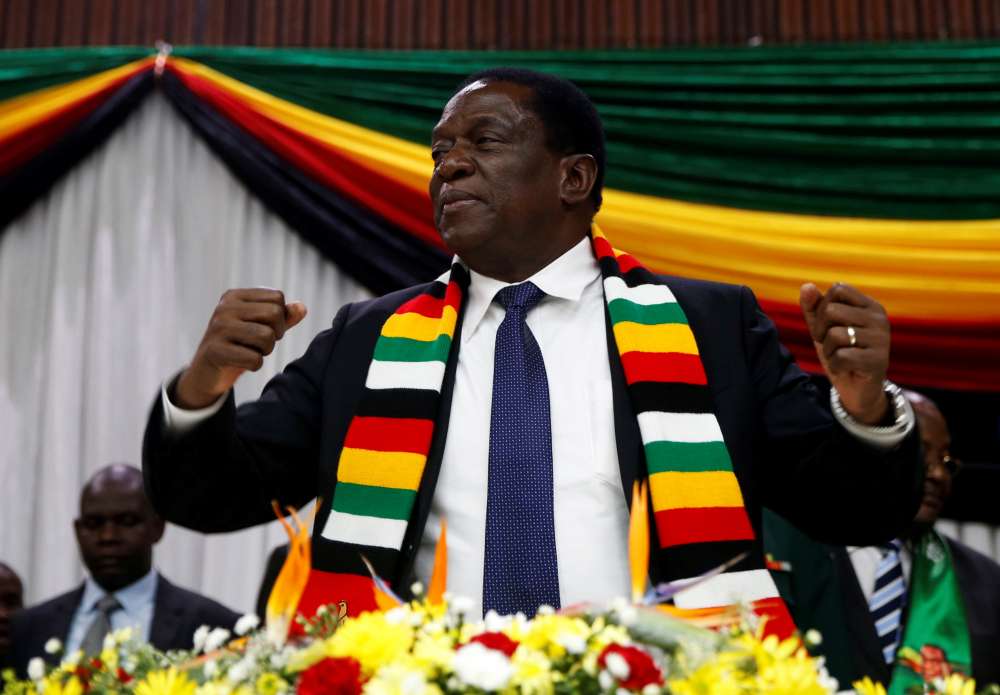 President Emmerson Mnangagwa escaped injury in an explosion at a political rally on Saturday, and vowed the “cowardly act” would not derail Zimbabwe’s first election since the ouster of former strongman Robert Mugabe.

Mnangagwa, a former Mugabe loyalist installed after the army ousted his erstwhile patron, said the object had “exploded a few inches away from me, but it is not my time.”

The blast came as Zimbabwe prepared to hold its first post-Mugabe presidential election on July 30, with 75-year-old Mnangagwa and 40-year-old Nelson Chamisa, the leader of the opposition Movement for Democratic Change, the main contenders.

Authorities gave no details of what had caused the explosion at Mnangagwa’s first rally in Bulawayo, an opposition stronghold where the ruling ZANU-PF has not won in national elections since 2000.

There was no immediate claim of responsibility for the blast and the run up to this year’s vote had been relatively peaceful, unlike previous elections which were marred by violence, mostly against opposition members by ZANU-PF supporters.

“The campaign so far has been conducted in a free and peaceful environment, and we will not allow this cowardly act to get in our way as we move towards elections,” Mnangagwa said.

“Its just an element of defeatists in the struggle of freedom. The country is peaceful.”

State television ZBC said 42 people were injured in the explosion, six of them seriously. The broadcaster also showed footage of a jovial Mnangagwa walking around the state house gardens in Bulawayo.

Mnangagwa’s rise to the presidency was fiercely resisted by Mugabe loyalists, including his wife Grace. Mugabe later said he felt betrayed by Mnangagwa, who lived in the shadows of his former boss for nearly 50 years.

Opposition leader Chamisa expressed sympathy for the victims of the blast and said no stone should be left unturned in the police investigation.

“Political violence of any nature from any quarter is totally unacceptable. In the past 38 years political violence has been a permanent feature and an anticipated ritual … which we must expunge,” Chamisa said.

Mnangagwa said on Saturday he was “used to these attempts” on his life, noting that he had been poisoned at a rally outside Bulawayo last August when still Mugabe’s vice president.

Twenty-three candidates have registered to contest the election and Mnangagwa has promised a free and fair vote.

Both main candidates are campaigning on a pledge to revive an economy crippled by a legacy of often violent seizures of land from white commercial farmers and a black economic empowerment drive that targeted foreign-owned businesses.

Those policies were cornerstones of Mugabe’s near four-decade rule, but the ruling ZANU-PF says Zimbabwe is at a critical stage of its transition and needs an experienced hand like Mnangagwa at the tiller.

Chamisa says the president is equally to blame for the Zimbabwe’s economic woes as he served in each of Mugabe’s governments since independence in 1980.

By In Cyprus
Previous articleConcerns raised over solar parks installation in agricultural areas
Next articleTurks vote for president, parliament in crucial test for Erdogan