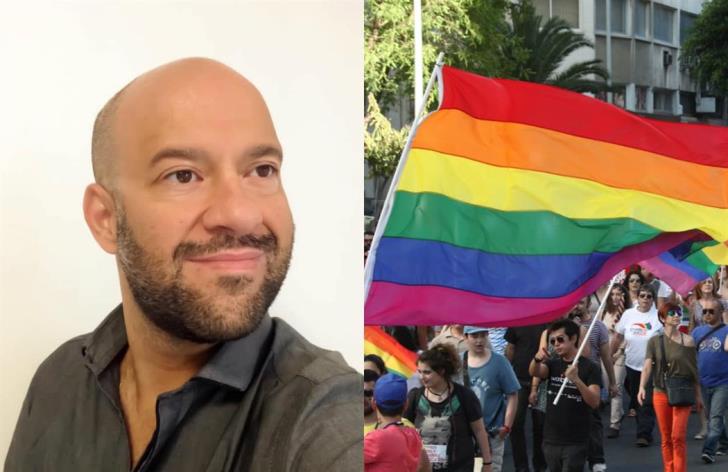 Cyprus has slipped down the rankings of ILGA Europe on LGBTI rights, Ioannis Zacharias Theophanous, a member of the board of Accept Cyprus, told Philenews.
Cyprus fell to 33rd position with 22.68% on the most recent survey published last week — down from 30th place and 29% the previous year.
The rankings are based on how the laws and policies of each country impact on the lives of LGBTI people using a wide range of indicators covering equality, family issues and hate speech legal gender recognition, freedom of expression and asylum rights.
They examine the advances made at national level country-by-country in the 12 months from January to December 2018. It also looks at the LGBTI equality work carried out by organisations such as the EU, the UN, the OESC and the Council of Europe.
In an interview, Theophanous expressed concern about the findings of this year’s survey saying it highlighted the need to adopt policies to safeguards the rights of the LGBTI community in Cyprus.
He also expressed concern that Cyprus was coming closer to the ‘red’ levels of the survey, and was in fact regressing rather than moving forward.
Bills such as legal gender recognition and the protection of intersex people were still pending, he noted.
Theophanous said that the index is based on six basic categories.
As regards equality Cyprus garnered 9%, family issues 31%, attacks and hate speech 26%, legal gender recognition ID 0%, freedom of expression 100% and asylum rights 17%.
The Cyprus section of the 2019 report by ILGA-Europe – the European region of the International Lesbian, Gay, Bisexual, Trans and Intersex Association particularly highlighted the need to include all SOGISC (sexual orientation, gender identity, sex characteristics) grounds in legislation prohibiting discrimination in the field of health and in the field of education.
And it called for the development of  an accessible and transparent legal framework for legal gender recognition, which establishes an administrative process based on self-determination and free from abusive requirements (such as sterilisation, GID/medical diagnosis, surgical/medical intervention, divorce, or age limits).
Malta tops the table with 90.35% — which as a small Mediterranean island and other characteristics it shares with Cyprus – has always been compared with Cyprus.
“Malta is a small island state and its population is church going. It is a Cyprus in the middle of the Mediterranean. Nevertheless, and in contrast with us, it is a model for respect for the LGBTI community. If Malta can be so high on the list, then so can Cyprus. After all, it does not require additional benefits for the LGBTI individuals. It concerns rights.”
By In Cyprus
Previous articleDangerous cosmetics withdrawn from the market
Next articleTajikistan blames Islamic State for prison riot, 32 killed