Yours for $1 billion only: the glamour of the London Ritz 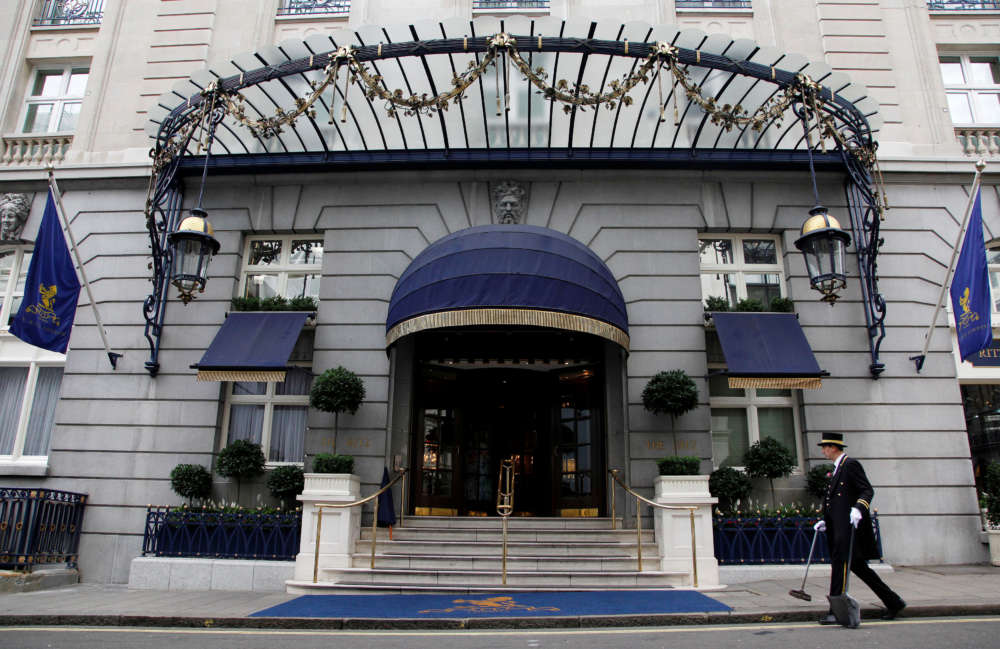 The owners of London’s Ritz hotel, a haven for royals, statesmen and movie stars, have hinted that they would be open to selling the luxury establishment for $1 billion, a source close to them said on Thursday.

Opened in 1906 by Swiss hotelier Cesar Ritz, the high society hotel hosted Charlie Chaplin in the 1920s and was used as a meeting place by Winston Churchill, Dwight Eisenhower and Charles de Gaulle to discuss operations during World War Two.

Today, it offers its well-heeled global clientele 111 rooms, 25 suites, a range of bars and restaurants and the Palm Court, where an elaborate afternoon tea is served and men have to wear ties.

The Ritz has been owned since 1995 by David and Frederick Barclay, twins who also own the Daily Telegraph newspaper. The pair usually decline interviews and give little away in public about their business strategy.

A source close to the twins told Reuters they had recently received several unsolicited offers for the Ritz, and its latest accounts gave a valuation for the hotel, a move that has fuelled speculation they would sell if they received a high enough bid.

The accounts said the business “is not and has not been marketed for sale”. But the source confirmed that the publication of the valuation, which was more than 800 million pounds ($980 million), was a significant hint from the Barclays.

The directors said in the accounts that the valuation reflected the hotel’s freehold tenure, its prime location on the busy Piccadilly thoroughfare near Buckingham Palace, the quality of the building, the casino lease and the brand name.

Independent real estate expert Paul Olliff, said the high valuation, which relied more on the hotel’s prestige than on its financial performance, could be a hurdle to a deal.

“However, given it will be classed as a ‘trophy asset’, buyers might not be put off by a financial performance that doesn’t reflect the sale price,” said Olliff, who is a legal director at law firm Ashfords’ real estate team.

“Whether it’s an inflated price or not, this should not be seen as an indication of the buoyant hotel market in the UK in a wider context, primarily because the Ritz is almost a ‘one-off.'”

He said the hotel would attract significant attention worldwide, with a pool of 10 or so ultra-high net worth individuals likely to consider a bid.

The London Ritz is not connected to its Paris namesake. Both were founded by the same man, but are now under entirely separate ownership. The Paris Ritz was where Princess Diana dined just before her fatal car crash in 1997.

Two years after her death, her widower Prince Charles made his first public appearance with his new partner, Camilla Parker Bowles, at a party at the London Ritz. The couple later married.

The potential sale of the London hotel was first reported by the Times newspaper.

A representative of the Barclay brothers declined to comment.