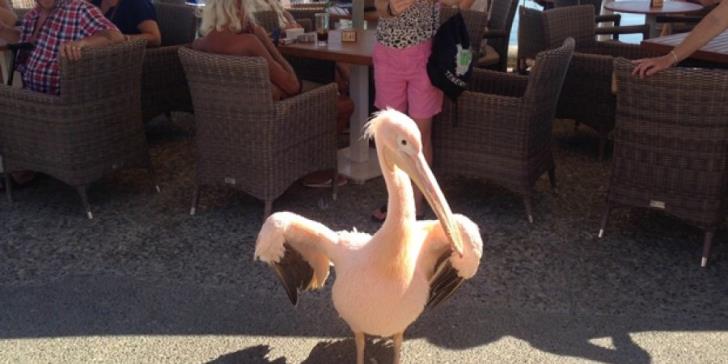 One month after Cyprus’ best known and most photographed bird, ‘Kokos’ the pelican, died of old age his replacement is set to make a debut on Friday.

The owner of the Pelican restaurant in Kato Paphos where ‘Kokos’ entertained thousands of visitors since his arrival in Cyprus in 2004 introduces the new “young version” on Friday.

Andros Papiris told Philenews that as ‘Kokos’ was getting too old he had brought over a younger pelican who was trained enough to take on the heavy load of ‘stardom’  at the city’s harbour were the restaurant is located.

‘Kokos’ had enjoyed fame all over the world as the most photographed bird in Cyprus. He had also appeared on TV in many countries including on the BBC, German TV, channels in France, Denmark and even Brazil.

The purple-nosed pelican also featured on numerous postcards, and hundreds of photos and videos of the pelican have also been shared online.