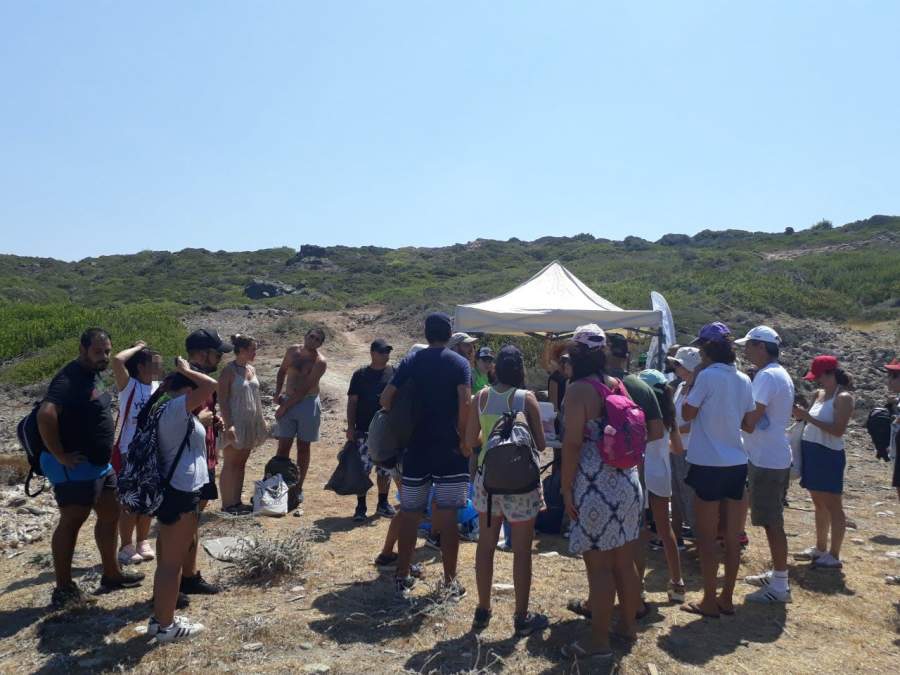 Young Greens turned out in force on Sunday to clean Lara beach in the Akamas and took the opportunity to criticise moves by Inia community council to stage a protest at this important turtle nesting beach to push for the law to be relaxed to permit umbrellas.

Next Sunday’s planned protest has been denounced by other NGOs while the Animal Party Cyprus has said it will stage a counter-protest.

The Agriculture Ministry insists the law must be adhered to without exception in order to protect the Green and loggerhead turtles in line with Cyprus’ obligations under the Barcelona Convention and the EU’s Natura 2000 network.

On Sunday the youth section of the Green Party joined by other volunteers helped clear the beach of rubbish — some dumped by visitors, others brought in by the sea.

“We consider any demand for tourist development on this beach is irrational and cannot be satisfied,” said Greens president Yiorgos Perdikis.

“Already the kilos of refuse collected shows that this natural habitat is at risk without permitting umbrellas,” he added.

Marios Christoforou, general secretary of the Young Greens said that more than 100 volunteers had collected 61.2 kilos of rubbish — marginally down on the 62.52 kilos last year — as well as a number of recyclable items.

Compared to previous clean up campaigns in other years, the amount of rubbish is down.

“But it still takes a lot of effort. Let us not forget that this is the most important habitat on the island. We want to thank all the volunteers who attended the beach cleaning, who dedicated their precious free time to help the environment and Akamas,” he said.

The Secretary-General of the Ecological Movement of Cyprus Natasa Ioannou said that the movement will fight to prevent the demand of Inian council to allow umbrellas and sunbeds.

By In Cyprus
Previous articleUpdated: Police to step up presence after spike in road fatalities
Next articleGreece fully lifts capital controls imposed during bailout chaos – PM