Young Cypriots most likely to drive drunk in EU 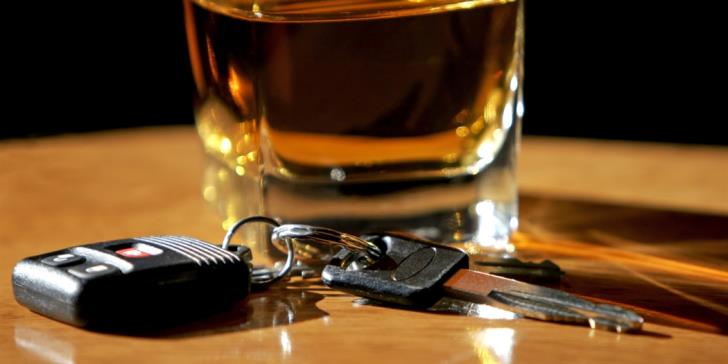 Cypriots under 24 years of age are the EU citizens most likely to drive drunk according to EU and Reaction Cyprus statistics.

Reaction President Marios Stavrou said that between 2013-2017, driving under the influence of alcohol was the second biggest cause of death (20%) in road accidents in Cyprus.

These figures put Cyprus in the first place in the EU, in proportion to population, Stavrou said.

Also, according to the latest Eurobarometer, 56% of young Cypriots gave the wrong answer when asked about the legal limit of alcohol for drivers.

Moreover, EU figures showed that in 2010 Cypriot police conducted 217 alcohol test per 1000 citizens. 5.3% of them were found to have been driving with over the acceptable limit of alcohol in their bodies, while the EU average was 0.7%.

“Driving under the influence of alcohol is a complex problem that needs drastic solutions,” Stavrou said, “currently, the law provides for out-of-court settlements for offences up to 70mg (3 times above the permissible limit). The imposition of a sentence is left to the discretion of the court if and only if the driver is brought before it after she/he has accumulated a specific amount of penalty points.”

Reaction is suggesting the immediate imposition of penalties (monetary or other) without the involvement of a court for drivers who drive under the influence, as well as revoking their licenses.

In other EU countries, Stavrou continued, fines are as high as €2000, licences are revoked for ten years and prison time for this kind of offences reaches up to three years. “If we want to save our young people, we have to work on changing our mindset and at the same time to modernise our legislation,” he said.

Rise in accidents involving people over 60

Around 100 volunteers will campaign on Saturday, October 20, European Night without Accident, between 8pm and 3am outside Nicosia and Limassol nightclubs and bars.

They will be talking to groups of people, finding out which of them are designated drivers for the night and urging them not to drink. Drivers who will agree to participate, will give their consent and will promise not to drink during the evening. The volunteers will then wear wristbands and when they leave the nightclubs, the volunteer team will approach them and ask them if they want to participate in an alcohol test.

Drivers who haven’t had anything to drink will be rewarded with symbolic gifts. Drivers who consumed alcohol, beyond the permissible limit, will be urged not to drive.