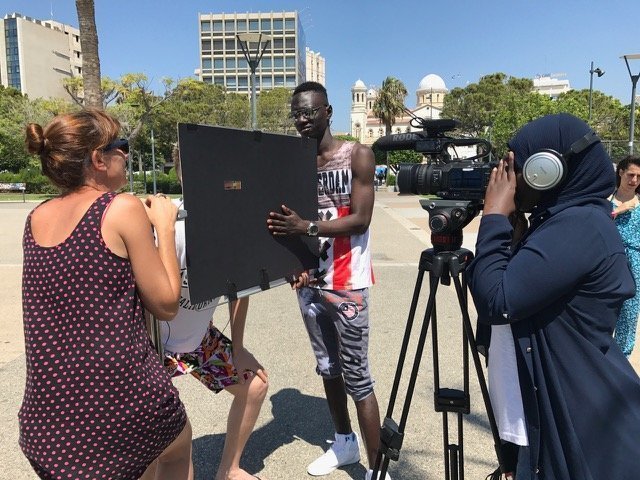 The International Children’s Festival of Cyprus (ICFFCY)  is launching five short films created by four Cypriot youth and five asylum seekers who worked in teams under the general title ‘Where is home?’.

The first public screening will take place at the Cine Studio of the University of Nicosia at 7 pm on Thursday,  September 27.

Teams of two (one Cypriot resident and one asylum seeker) came together and produced their own short script/ film which talk about their individual notions of ‘what is home’, both in philosophical and literal terms, all the while revealing what home currently represents to them.

Guided by professional trainers, David Hands and Melissa Hekkers, and assisted by two volunteers, Babucar Camara and Fatty khadijatou, the stories where developed and locations around the island where explored in order to produce their final short film.

Throughout the process participants intrinsically got to know each other, their whereabouts and their varying habits, cultures and hangout places.

Throughout a series of meetings, the teams began brainstorming and sharing their ideas, and eventually filmed, edited and created their short movies under the guidance of the trainers.

Participants gained valuable hands-on technical and theoretical knowledge on how to work/use a camera, shoot film and edit a short film. 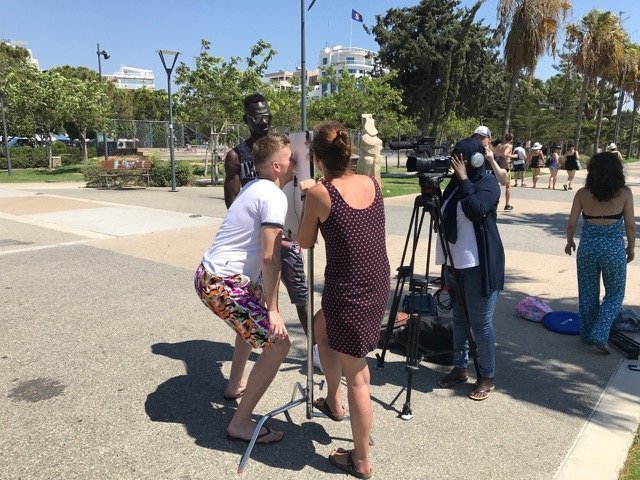 As a result of having the groups shoot film in varying locations and for different purposes (i/e their homes, stadiums, the old town of Nicosia, Karpasia, parks etc), the process enabled each other to get an in-depth understanding of the other and share ideas, and aspires to give viewers of the final short films produced an understanding of core matters involved with the notion of home/ displacement/ integration etc, for both local and displaced youth.

On the evening of the screening, participants will be awarded a certificate of participation and a Q&A session with the youth with follow. 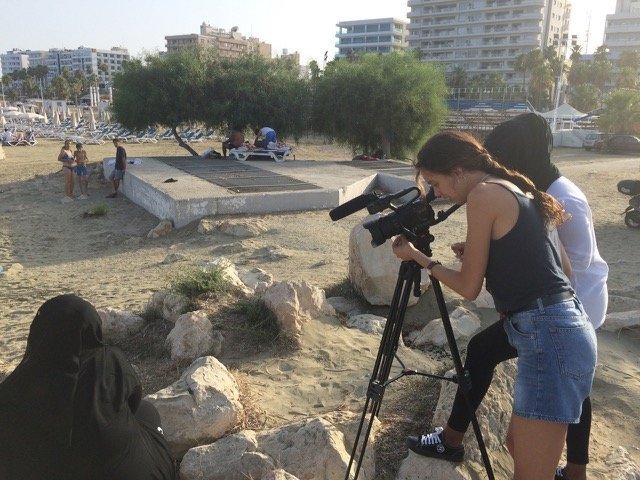 By In Cyprus
Previous articleCustoms raids net contraband tobacco, branded goods
Next articleTwo fires in Steni and Pelathousa within one hour