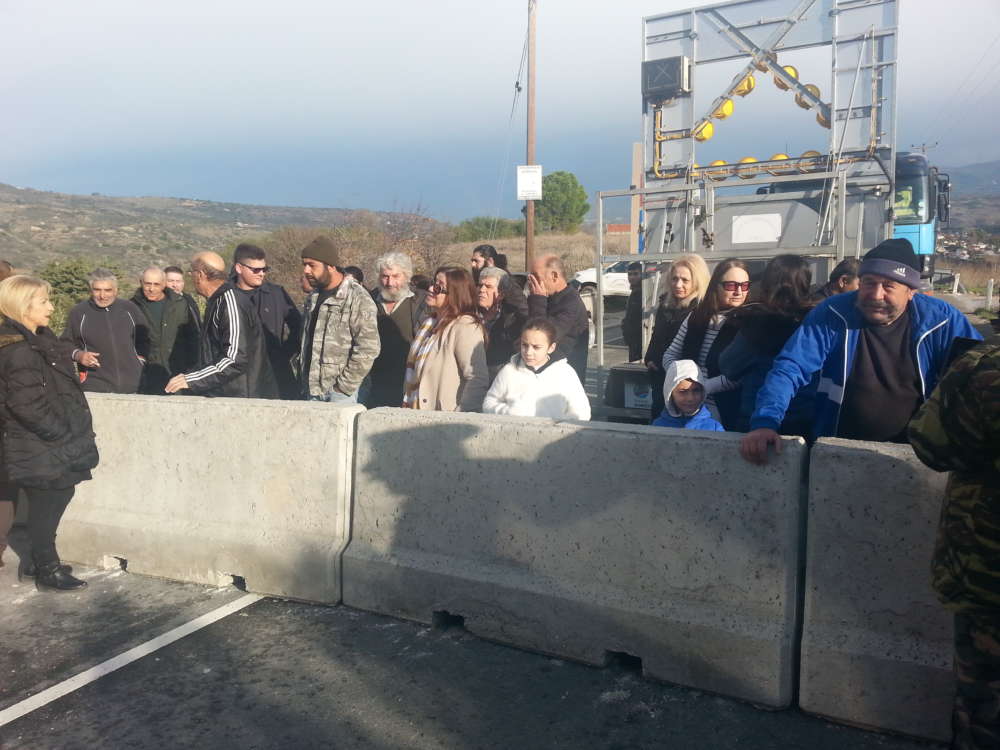 Yiolou residents staged a protest this morning against the temporary closure of the collapsed section on the Paphos-Polis Chrysochous road next to the community, philenews reports.

The community council and the residents that participated in the protest said that the temporary measures that had been decided would cause them unnecessary inconvenience.

According to philenews, Yiolou community council president Stavros Vrachnas said that one of the lanes could remain open to traffic while the Department of Works conducts necessary repairs on the other.

Miliou community council president Eva Chrysanthou said that all residents and visitors to communities in the area have experienced unnecessary inconvenience since yesterday.

The residents said that they have great difficulty reaching their homes and suggested that an alternative route that leads to the Yiolou community should open up to traffic using the available adjacent land.

The competent authorities listened to the cries of the locals according to the latest updates, as the Department of Works has accepted the residents’ recommendations and will proceed with the creation of an alternate route in the privately owned land next to the collapsed road while the road is being repaired.