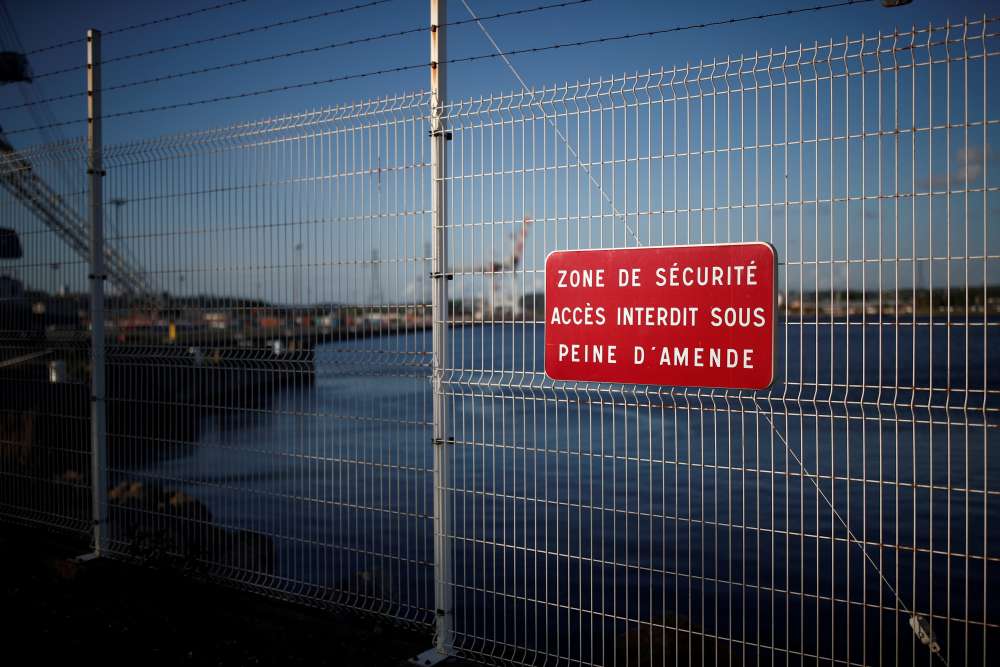 Yemen’s Houthi movement on Saturday started withdrawing forces from Saleef port in Hodeidah under a U.N.-sponsored deal that had been stalled for months, a Reuters witness said, reviving hopes for peace efforts to end the four-year war.

The move, which has yet to be verified by the U.N. and accepted by the Saudi-led coalition, is the first major step in implementing the pact reached last year by the Saudi-backed government and the Iran-aligned Houthis for a truce and troop withdrawal in Hodeidah, a lifeline for millions of Yemenis.

U.N. teams were overseeing the Houthi redeployment in Saleef, used for grain, as other teams headed to the second port of Ras Isa, used for oil, to start implementing the Houthi withdrawal from there, according to the witness.

A dozen trucks carrying Houthi fighters, armed with rocket-propelled grenade launchers and machine guns, departed from Saleef. Two ships were docked at the port and operations were running normally, said the witness who was at the facility.

“The coast guards have taken over in Saleef,” he said. “They and U.N. officials have started checking equipment at the port.”

The U.N.’s Redeployment Coordination Committee (RCC) has said that the Houthis would make an “initial unilateral redeployment” between May 11 and May 14 from Saleef, Ras Isa and Yemen’s main port of Hodeidah.

It said the redeployment would enable the United Nations to take a leading role in supporting Red Sea Ports Corporation in managing the ports and enhance U.N. checks on cargoes. It would also allow reopening humanitarian corridors.

There has been no comment so far from the Saudi-led Sunni Muslim military coalition that has massed forces outside Houthi-held Hodeidah, which handles the bulk of Yemen’s imports and aid supplies.

Hodeidah became the focus of the war last year when the coalition twice tried to seize its port to cut off the main supply line of the Houthis, who they accuse of smuggling Iranian weapons, including missiles that have targeted Saudi cities. The group and Tehran deny the accusations.

The peace deal had stalled since January amid deep mistrust among the parties in a conflict that has killed tens of thousands and pushed the poorest Arabian Peninsula nation to the brink of famine.

It calls for coalition forces to leave positions around the outskirts of Hodeidah in the initial redeployment.

It was not clear if U.N. special envoy Martin Griffiths had secured agreement between the two sides over the main sticking point regarding which local authorities would control the ports and city under U.N. supervision after both sides withdraw.

The coalition had disputed an earlier unilateral withdrawal by the Houthis from Hodeidah port in December, saying they had handed it over to coast guard members loyal to the group.

A U.N. source told Reuters on Saturday that the RCC would announce its assessment of the Houthi redeployment next week.

Under the first phase, the Houthis would pull back five km (three miles) from the three ports over the next four days. Coalition forces, currently massed four km from Hodeidah port on the edges of the city, would retreat one km from “Kilo 8” and Saleh districts.

In the second phase, both sides would pull troops 18 km outside the city and heavy weapons 30 km away.

The United Nations secured the Hodeidah deal at peace talks in Sweden, the first in two years, to avert a full-scale assault on the port that risked so disrupting supply lines that it could trigger mass famine.

The pact is also a trust-building step to pave the way for wider political negotiations to end the conflict, widely seen in the region as a proxy war between Saudi Arabia and Iran.

Western allies, which supply arms and intelligence to the coalition, have pushed for an end to the war.

The alliance led by Saudi Arabia and the United Arab Emirates intervened in Yemen in 2015 after the Houthis ousted the internationally recognised government of Abd-Rabbu Mansour Hadi from power in the capital Sanaa in late 2014.

The Houthis, who say their revolution is against corruption, control the biggest urban centres while Hadi’s government holds the southern port of Aden and a string of coastal towns.

The ceasefire in Hodeidah has largely held but the fighting escalated elsewhere in Yemen.

On Saturday, the Houthis’ Masirah TV channel said ”enemy air bombing” killed six children and a woman, and injured 11 children and five women, in the southern province of al-Dhale.

A spokesman for the Saudi-led coalition didn’t immediately respond to a Reuters request for comment.

By In Cyprus
Previous articleSouth Africa’s Ramaphosa targets reforms after election win
Next articleSearch for bodies in lakes to continue on Sunday, if nothing is located