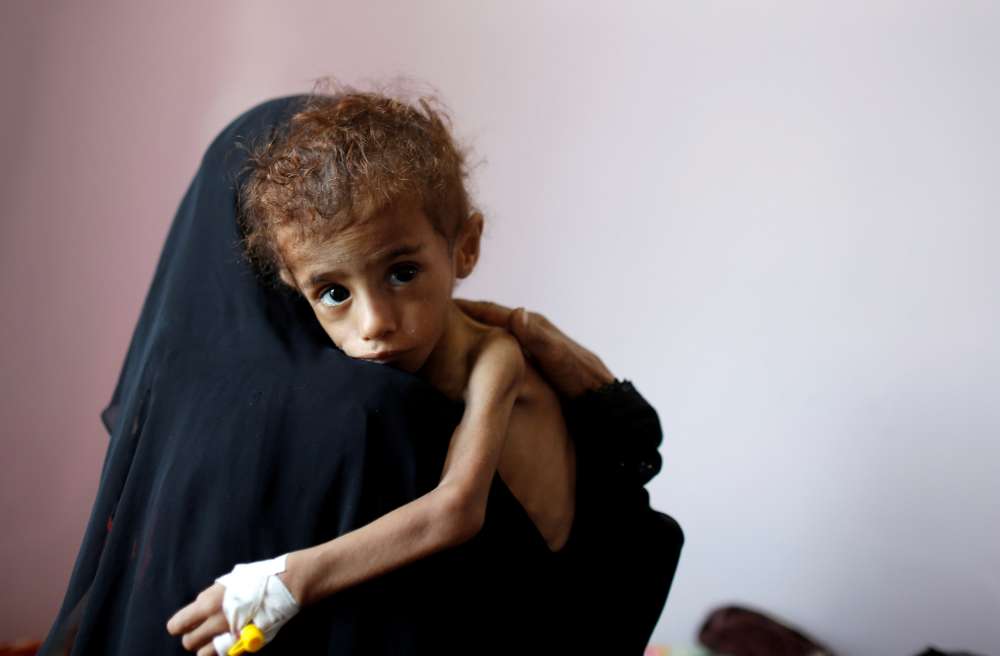 Yemeni children are dying from starvation and disease as trucks with life-saving supplies are blocked in port, leaving medical staff and desperate mothers imploring aid workers to do more, a senior U.N. official said.

Geert Cappelaere, Middle East director for the U.N. Children’s Fund (UNICEF), described “heart-breaking” scenes of emaciated children in hospitals in the main port city of Hodeidah and the capital Sanaa, both held by Houthi insurgents.

“We have evidence that today in Yemen every 10 minutes a child under the age of 5 is dying from preventable diseases and severe acute malnutrition,” he told Reuters from Hodeidah.

The United Nations says about 14 million people, or half Yemen’s population, could soon be on the brink of famine in a man-made disaster.

Already 1.8 million Yemeni children are malnourished, more than 400,000 of them suffering from severe acute malnutrition, a life-threatening condition that leaves them skeletal with muscle wasting, Cappelaere said.

“But there is more. Many children are dying from vaccine-preventable diseases. Today not more than 40 percent of the children throughout Yemen are being vaccinated,” he said.

Measles, cholera and diphtheria can be deadly for children, especially those under five, and are exacerbated by malnutrition.

“Because of this brutal war, because of obstacles, obstructions being made, it is unfortunately not possible do much more,” Cappelaere said.

“We may not yet be at the level of a famine but we should not wait until we have declared a famine to step up and to pressure the parties to the conflict to stop this senseless war,” he said.

U.N. envoy Martin Griffiths aims to convene peace talks this month to seek a ceasefire in the three-and-half year war, which pits the Yemeni government, backed by a Saudi-led coalition, and the Iran-allied Houthi insurgents.

As Cappelaere spoke, coaltion forces were massing for an assault on Hodeidah.

A UNICEF spokeswoman said the trucks had been cleared by Houthi authorities on Friday and supplies would be distributed.

“All the mothers were telling me that they are simply missing that small amount of money to transport their children from their communities to the hospital,” he said.

Hodeidah is a lifeline for food and other goods for much of the country.

But, said Cappelaere, “There was hardly any activity in the port. Only one ship was berthed, that was it.

“Today it looks more like a graveyard than anything else.”