‘Yellow vest’ protests in France continue after May Day clashes 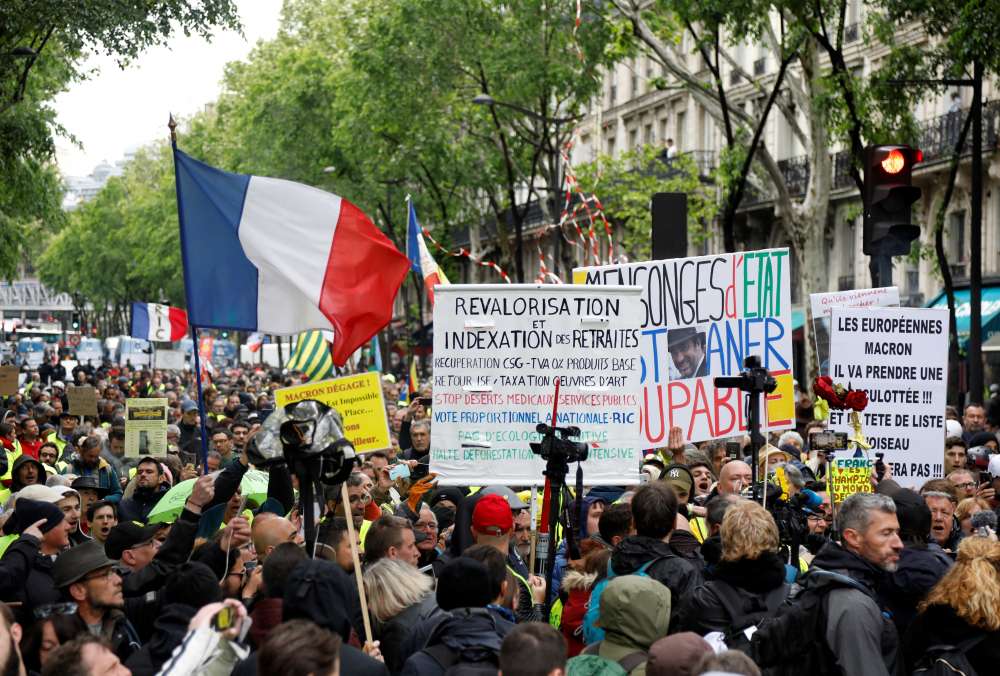 France’s “yellow vest” anti-government demonstrations recorded their lowest turnout yet on Saturday, days after a wider May Day rally was marked by violent clashes in Paris.

The downturn in demonstrator numbers on the 25th straight weekend of yellow vest protests could be a relief to President Emmanuel Macron, who last week made a series of policy proposals to address the issues raised.

Some 18,900 protesters took part in the latest marches nationally, compared with 23,600 a week earlier, the Interior Ministry said. In Paris, where three protests had been authorised, turnout was 1,460 against 2,600 last week.

“Many of them were shocked by the behaviour and repression of last Wednesday,” Herve, one protester in Paris, told Reuters. “So it’s not surprising to see that it’s lagging behind a bit regarding the turnout.”

In addition some yellow vests joined a rally against climate change in the northern city of Metz, where G7 environment ministers were meeting. The demonstration gathered 3,000 participants, the ministry said.

In contrast, tens of thousands of labour union and yellow vest protesters had taken to the streets across the country on Wednesday in demonstrations that saw clashes between anarchists and police, especially in Paris.

In the southwestern town of Bordeaux, a Reuters journalist estimated the number of demonstrators at several hundred on Saturday against more than 2,000 a week earlier.

The protests, named after motorists’ high-visibility jackets, began over fuel tax increases but morphed into a sometimes violent revolt against politicians and a government they see as out of touch.

Many in the grassroots movement, which lacks a leadership structure, have said Macron’s proposals last week, which include tax cuts worth around 5 billion euros ($5.6 billion), did not go far enough and lacked details.