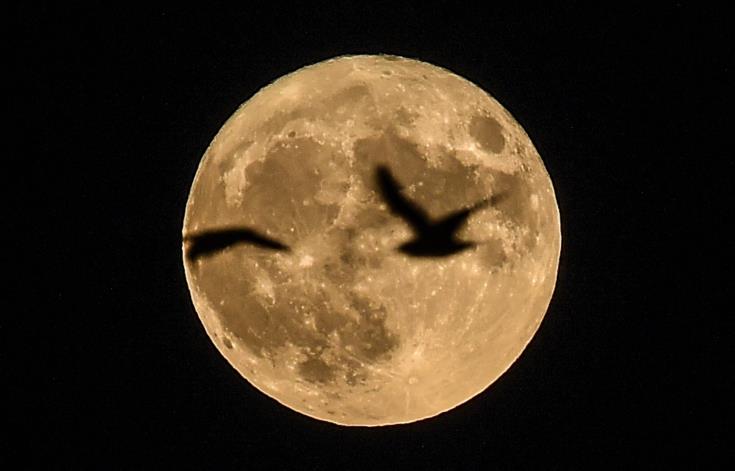 Sky gazers can look forward to the biggest supermoon of the year on Tuesday, February 19 at 17:53 Cyprus time.

Tuesday’s full moon will also be the third largest full moon of the next 10 years.

The moon’s average distance from Earth is 384,400 km, but its orbit isn’t perfectly circular, so that distance varies a small amount.

When the moon reaches its closest perigee of the year on Tuesday it will be 356,761 km away from Earth.

This makes the moon appear up to 14% larger and 30% brighter than usual.

Known also as a ‘snow moon’ it comes weeks after the Super Blood Wolf Moon on January 20-21 which coincided with a total lunar eclipse, also known as a “blood moon.”

By In Cyprus
Previous articleHomophobic and transphobic bullying prevalent in schools, report shows
Next articleBritish Cypriot convicted satanist claims he is suffering discrimination in jail for beliefs