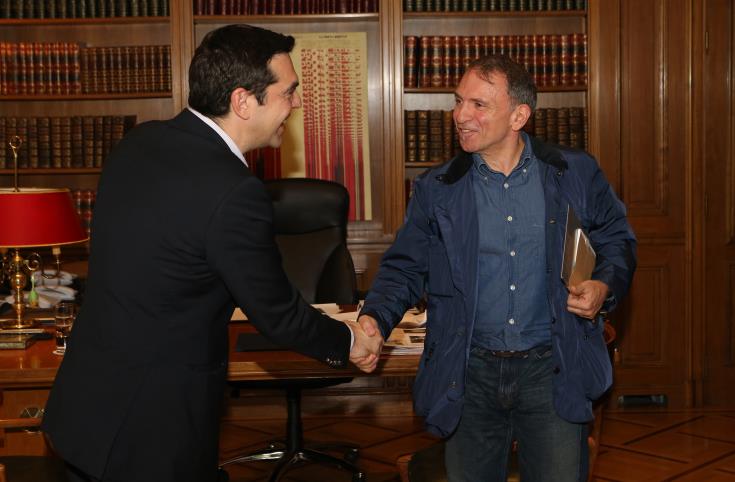 Yannis Behrakis, one of Reuters’ most decorated and best-loved photographers, has died after a long battle with cancer. He was 58.

After joining the news wire 30 years ago, Behrakis covered many of the most tumultuous events around the world, including conflicts in Afghanistan and Chechnya, a huge earthquake in Kashmir and the Egyptian uprising of 2011.

In the process, he won the respect of both peers and rivals for his skill and bravery. He also led a team to a Pulitzer Prize in 2016 for coverage of the refugee crisis.

Colleagues who worked with him in the field said Reuters had lost a talented and committed journalist.

“It is about clearly telling the story in the most artistic way possible,” veteran Reuters photographer Goran Tomasevic said of Behrakis’ style.

“You won’t see anyone so dedicated and so focused and who sacrificed everything to get the most important picture.”

That dedication was striking. His friend and colleague of 30 years, senior producer Vassilis Triandafyllou, described him as a “hurricane” who worked all hours of the day and night, sometimes at considerable personal risk, to get the image he wanted.

When Behrakis wasn’t absorbed in work, he was warm, funny and larger than life. He could also be fiery.

“One of the best news photographers of his generation, Yannis was passionate, vital and intense both in his work and life,” said U.S. general news editor Dina Kyriakidou Contini.

“His pictures are iconic, some works of art in their own right. But it was his empathy that made him a great photojournalist.”

What underpinned everything Behrakis did in his professional life was a determination to show the world what was happening in conflict zones and countries in crisis.

He recognised the power of an arresting image to capture people’s attention and even change their behaviour. That belief produced a body of work that will be remembered long after his passing.

“My mission is to tell you the story and then you decide what you want to do,” he told a panel discussing Reuters Pulitzer Prize-winning photo series on the European migrant crisis.

“My mission is to make sure that nobody can say: ‘I didn’t know’.”

He came across a Time-Life photography book as a young man, which prompted him to enrol in a private photography course. His love affair with the trade had begun.

He worked in a photographic studio in the mid-1980s, but found the atmosphere stifling.

It was a 1983 movie, “Under Fire”, about a group of reporters working in Nicaragua in the days leading to the 1979 revolution, that inspired him to take up journalism.

He started at Reuters in Athens as a freelancer in 1987, and in January, 1989, was sent on his first foreign assignment to Muammar Gaddafi’s Libya.

He quickly displayed a knack for being in the right place at the right time.

When Gaddafi visited a hotel where journalists had been cooped up for several days, a scrum of reporters crowded around the Libyan leader to get pictures and soundbites.

“I somehow managed to sneak next to him and get some wide-angle shots,” Behrakis wrote. “The next day my picture was all over the front pages of papers around the world.”

For the next three decades, Behrakis was regularly on the road covering violence and upheaval across Europe, Russia, the Middle East, Africa and Asia.

The pictures he produced won awards and admiration among the tight-knit community of war correspondents, who noted his rare ability to find beauty amid chaos and for his courage to be at the heart of the action.

One photograph from the wars in former Yugoslavia, taken in 1998, shows an ethnic Albanian man lowering the body of a two-year-old boy who had been killed in the fighting into a tiny coffin.

Behrakis took the picture from a high position and used a slow speed/zoom technique to create a dizzying sense of movement.

“The picture was very strong and the body of the boy almost floating in the air,” he said of the image. “It almost looked like his spirit was leaving his body for the heavens.”

In 2000, while covering the civil war in Sierra Leone, Behrakis was travelling in a convoy with Reuters colleagues Kurt Schork and Mark Chisholm, and AP cameraman Miguel Gil Moreno, when it was ambushed by gunmen, believed to be rebels.

Schork, one of Behrakis’ closest friends, was hit and died instantly, and Moreno was also killed. Behrakis and Chisholm escaped.

Both survived the attack by crawling into the undergrowth beside the road and hiding in the jungle for hours until the gunmen disappeared.

Behrakis took a photo of himself just after the ordeal. The picture shows him staring up at the sky, his eyes dazed.

“I think that changed Yannis a lot,” Chisholm said of the attack and Schork’s death. The four reporters had got to know each other during the siege of Sarajevo in the mid-1990s and had become a “band of brothers”.

“He was a great character, a brilliant photographer, a great colleague,” Chisholm said.

Behrakis said he hated war, but, like many others, he loved the travel, adventure and camaraderie that came with it. Rather than putting him off, Schork’s death drove him back to combat zones, at least for a while.

“His memory helped me to ‘return’ to covering what I consider the apotheosis of photojournalism: war photography,” Behrakis wrote.

In recent years, Behrakis spent more time in his native Greece, where he recorded the impact of the financial crisis on the country and the influx of hundreds of thousands of refugees entering Europe.

In 2015, Behrakis and a team of photographers and cameramen worked in relay for months to cover the thousands fleeing wars in Syria, Afghanistan and beyond.

He took a younger and less experienced photographer, Alkis Konstantinidis, under his wing at that time and the two became close.

Konstantinidis, also part of the Pulitzer Prize-winning team, described Behrakis as a tough, demanding mentor who led by example.

“When you get close to him and he opens up, he is a person you want to sit next to and talk to for hours. You will always get something from him.”

For a proud Greek with a young daughter, the refugee crisis had a profound effect on Behrakis, causing guilt, insomnia and nightmares.

But it also brought out the best in a photographer who focused on the dignity of humans in distress rather than making them objects of pity.

Triandafyllou was with Behrakis when he took what many consider to be one of his best pictures – of a Syrian refugee carrying and kissing his daughter as he walked down a road in the rain.

“That morning we left the hotel and it was raining and Yannis was complaining,” Triandafyllou recalled.

“On the way to the border we saw these refugees and he started taking pictures. After a while I said ‘OK, let’s go’. He said ‘No, no, wait, I don’t have the picture.’ I was waiting in the car and he eventually came back and said ‘OK, I have the picture.’ He was looking for this picture.”

Behrakis’ description of the image was typically unorthodox.

“This picture proves that there are superheroes after all. He doesn’t wear a red cape, but he has a black plastic cape made out of garbage bags. For me this represents the universal father and the unconditional love of father to daughter.”

In 2017, Yannis launched a project to help Reuters build a more diverse team of news photographers.

His appearances at photo festivals and events around the world inspired many young journalists to apply for a bursary from Reuters. He was very proud of this work, and was still looking for a new generation of talent right up until his death.

Behrakis is survived by his wife Elisavet and their daughter Rebecca and his son Dimitri.

By In Cyprus
Previous articleLimassol police raid youngsters carnival party
Next articleSnow and fog in Troodos, roads open only to 4WD