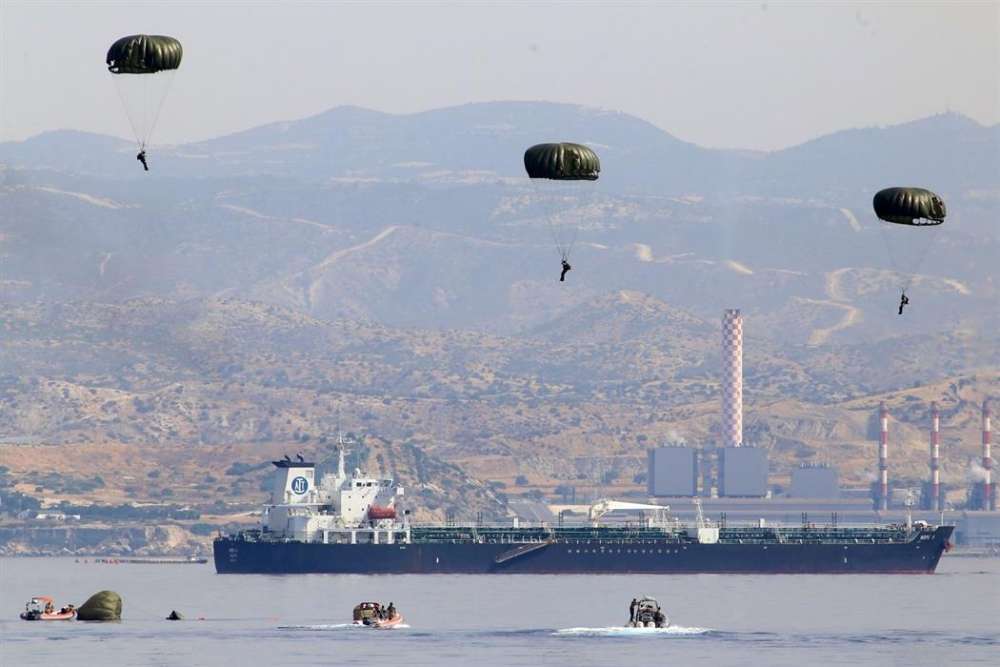 The Ministry of Defence said that seven countries participated in the exercise including Greece, Israel, Germany, the UK, the US, France and Cyprus.

“The need for the exercise was created after the crisis in Lebanon in 2006, when Cyprus was used as an intermediary stop for the evacuation of 120,000 civilians,” vice-admiral Giorgos Oikonomou of the JRCC said.

“Since then Argonaut takes place every year to test the readiness of the involved authorities,” Oikonomou added. 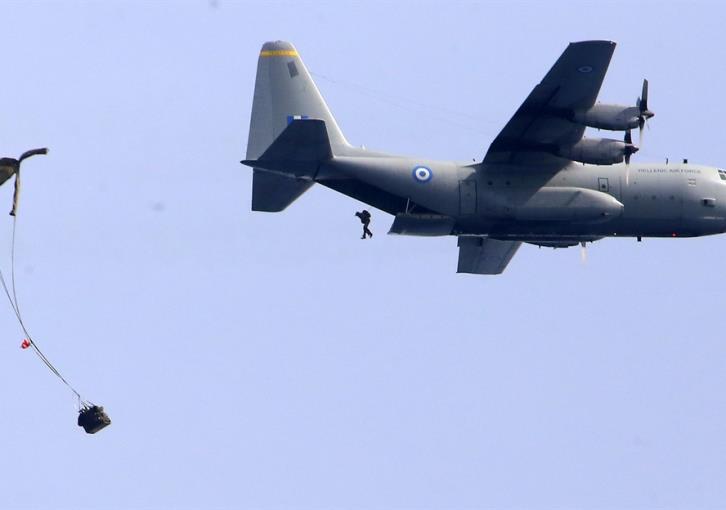 According to JRCC Larnaca, on Wednesday and Thursday, the operations of the exercise were successfully executed within the Search and Rescue Region (SRR) of Cyprus, which coincides with the FIR Nicosia.

Twenty-one Naval SAR Units and seven Air Units, as well as personnel participated during the SAR Phases, from a total of seven countries. In particular, Greece participated with HS-ELLI, 1 C-130, the 31 SAROS SAR Squadron, France with Frigate “GUAPRETTE”, Israel with INS HETZ and 4 Fast Patrol Boats, the UK with HMS “DUNCAN” and 2 helicopters, the USA with USNS “YUMA” and 1 P-8 fixed-wing aircraft and Germany with 1 P-3 fixed-wing aircraft. The Republic of Cyprus, as the Host Nation, participated with helicopters of the 460SAR Squadron, OPV ”IOANNIDES”, GSS ”ALASSIA”, Fast Patrol Boats “GEORGIOU”, “TSOMAKIS” and “AMMOCHOSTOS”, as well as with the Underwater Demolition Team.

Cyprus Police participated with helicopters of Cyprus Police Aviation Unit and the Fast Patrol Boat ”THISEAS” of the Port & Marine Police. Also, a fixed-wing aircraft of the Forestry Department, specialized registered nurses of the State Health Services as well as Lifeguards of the District Administrations participated in the scenarios. Finally, the support ship NIOVI participated on behalf of EDT Offshore Company. 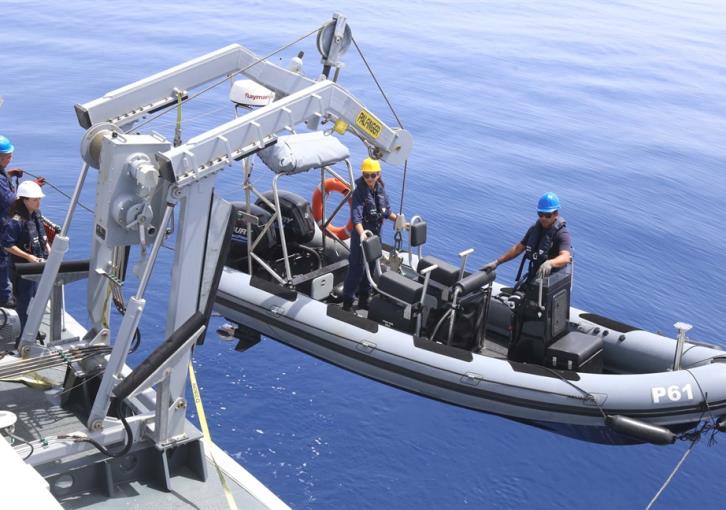 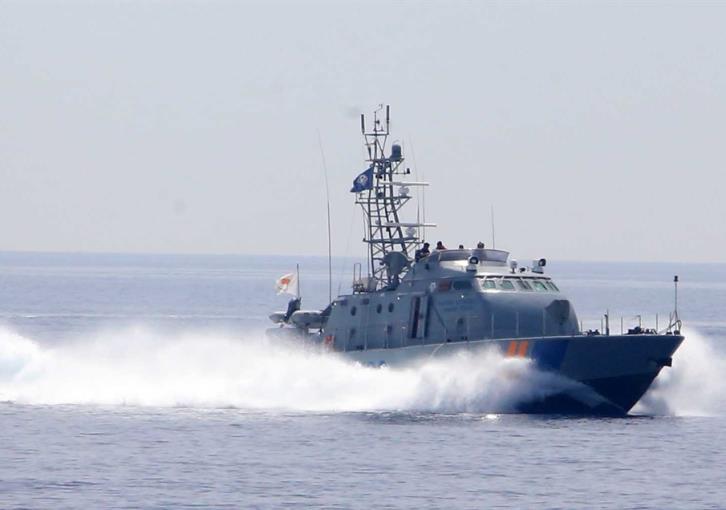 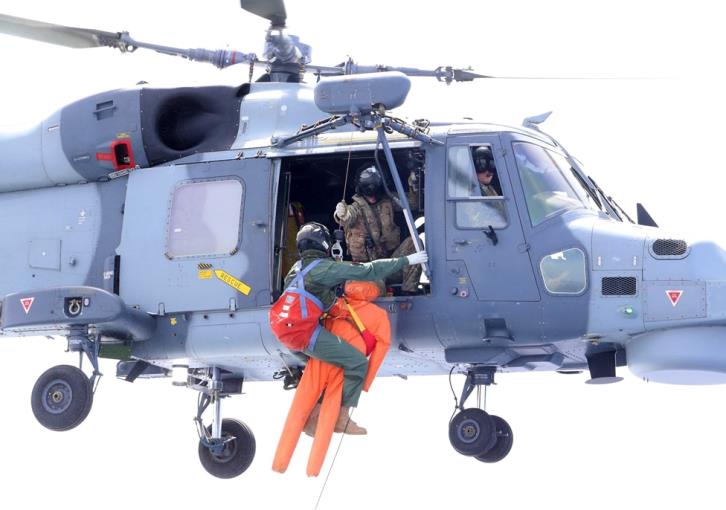 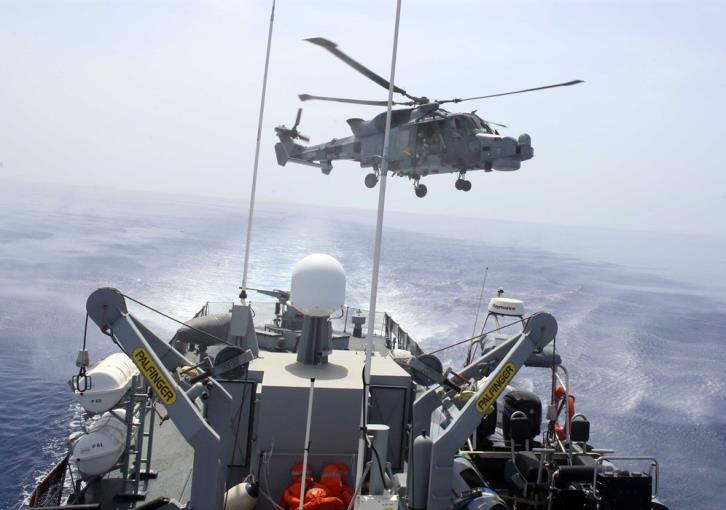 The coordination of the SAR operations as well as of the Crisis Management was carried out from the “Zenon Coordination Centre”, at which the «Crisis Management Coordinating Team» was summoned. The Coordinating Team consisted by representatives of all the involved State Services of the Republic of Cyprus, is responsible for dealing with SAR incidents that require Massive Rescue Operations of civilians transported from a war zone.

The JRCC Larnaca, the involved agencies of the Republic and the aeronautical means and personnel of the participating friendly states, have shown their high level of preparedness to deal with any emergency situation in the Republic of Cyprus Search and Rescue Region and also in the Eastern Mediterranean in general.