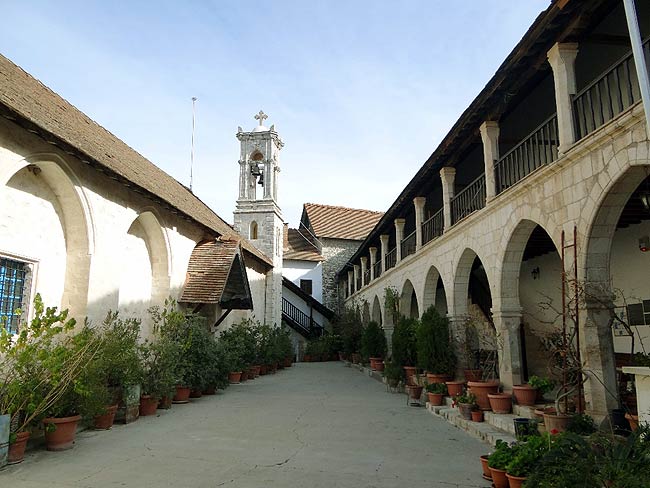 Worms have caused extensive damage to the roof of ancient Panagia Chrysoroyiatissa church in Paphos and the cost of repairs is too high for the Antiquities Department to bear it alone.

That’s why the Bishopric of Paphos will undertake half of the estimated €1 million cost of repairs/conservation, Philenews reported on Tuesday.

If the detailed cost assessment is differentiated along the way, the corresponding adjustment will also be made, it added.

In addition to the problems created by the worms in the wooden construction, a recent tornado has also lifted tiles which have to be replaced as well.

Panagia Chrysoroyiatissa translates into Our Lady of the Golden Pomegranate.

It is located on the mountains of Paphos, just outside the village of Panagia.