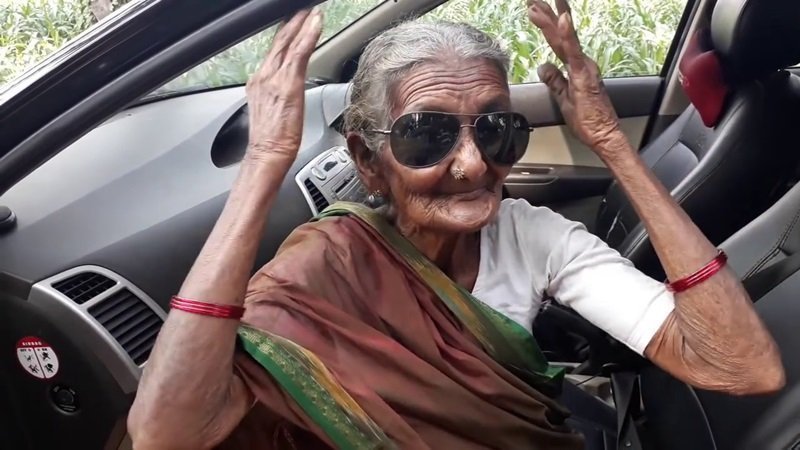 She became famous through the YouTube channel Country Foods cooking local and unusual dishes made from scratch.

Country foods has more than a million subscribers with hundreds of cooking videos, including one on her iconic watermelon chicken.

The channel, managed by her grandson and his friend, launched in 2016 and became an instant hit.

The legend of #Mastanamma stands tall. She’s the lady with a toothless smile, who made watermelon chicken go viral.#Youtube #Mastanamma #RIP ? pic.twitter.com/hTyojf8nYf

Born in the state of Andhra Pradesh, Mastanamma told BBC Monitoring she believed she was 106 years old in 2017 – although she had no birth certificate to prove it.

In the videos, she would often sit in an open field in a remote village with minimal cooking equipment and cutlery.

She would use her nails to peel vegetables, and an old Indian-style knife to chop them. Food was served on a traditional southern Indian banana leaf.

“Her completely unique take on traditional Indian cooking was what made her a star,” the BBC’s Onkar Karambalekar said.

Country Foods announced Mastanamma’s death on Monday with a video of her last rites.

By In Cyprus
Previous articleCyprus FM contacts Russian counterpart, agree to meet
Next articleMay says: It’s my deal, no deal or no Brexit at all