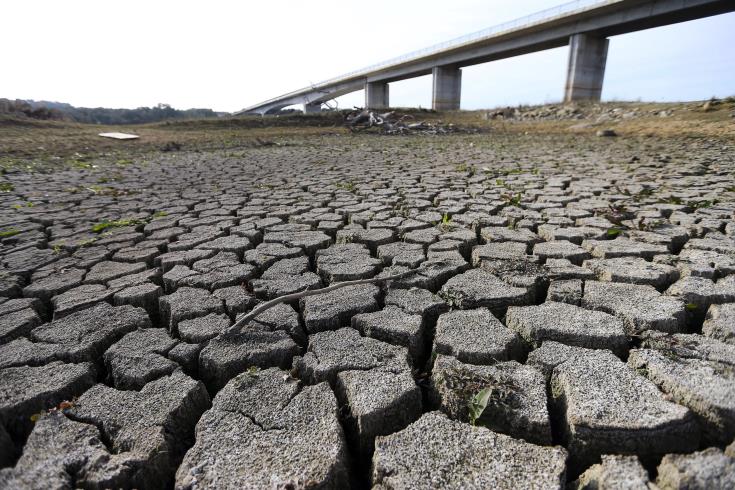 The International Conference on “Climate Change in the Mediterranean and the Middle East: Challenges and Solutions” begins today in Nicosia, with the participation of world scientists from 35 countries.

The Conference is organized by the Cyprus Institute (CyI) and is under the aegis of the President of the Republic of Cyprus, Nicos Anastasiades, with support from the Representation of the European Commission in Cyprus.

It will address the scientific basis of Climate Change in the region and its various impacts and challenges on issues of Health, Water, Food, Tourism, and Migration. Mitigation and adaptation strategies, policy challenges and governance will also be discussed at the conference, with an overall goal of providing high-level propositions for mitigation/ adaptation strategies.

The opening session of the Conference today will be addressed by President of the Republic Nicos Anastasiades, President of the Cyprus Institute Costas Papanicolas and Former Prime Minister of France, Laurent Fabius who presided over the success of the COP21 Paris Agreement.

Meanwhile, in statements to CNA ahead of the conference, Secretary General Emeritus of World Meteorological Organization said that the nine warmest years since scientific records are available have all occurred since 2005, while over the past 40 years, each decade has been warmer than the previous one.

Michel Jarraud, said that the Conference is a very timely one, noting that there is now overwhelming scientific evidence that climate is changing because of human activities.

Climate change, he said, is an issue that no country can address alone “and Cyprus, because of its geographical, historical and cultural specificities is in a privileged situation to make a significant contribution”.

Invited to outline the main problems caused by the climate change in the region, Jarraud said that the region has always been sensitive to climate variability and recalled that some climatic anomalies in the past millenniums have probably been responsible for the development and/or collapse of some civilisations in the region.

However, he said, “the changes we are facing now are occurring on much shorter time scales, in a context where they may exacerbate already serious sources of tensions: access to and sharing of fresh water resources, migrations, transition to non fossil sources of energy.”

Asked what he hopes that the Conference will achieve, he said that ‘with the high level participation expected, I am confident that the conference will contribute to a higher sensitization to the urgency to take bold actions at all levels: governments, local authorities, private sector, civil society and individuals.”

‘It will also highlight the need to strengthen cooperation across all countries, as well as across disciplines’ he added.

In his statements to CNA before the Conference, Professor Jos Lelieveld, Director of the Max Planck Institute for Chemistry in Germany and Professor of atmospheric chemistry at the Cyprus Institute, said that heat extremes and water shortage are the specific difficulties related to the Mediterranean and Middle Eastern climate change.

While climate change typically leads to more rainfall in most of the world, the Mediterranean is faced with increasing dryness, he stressed.

As regards the Conference in Nicosia, he said that it will help define the problems that must be addressed through national and EU policies, and contribute to climate change resilience in the region.

He added that the conference offers high-level presentations by leaders of science and society, who will address the challenges related to climate change in the Mediterranean and the Middle East region.

“There are major challenges indeed, as the region is a climate change hotspot. The conference will debate problems related to the climate crisis, and at the same time also provide mitigation options and propose solutions for adaptation. The discussions will have a regional focus, approached from a global perspective by involving international speakers and participants”, he concluded.