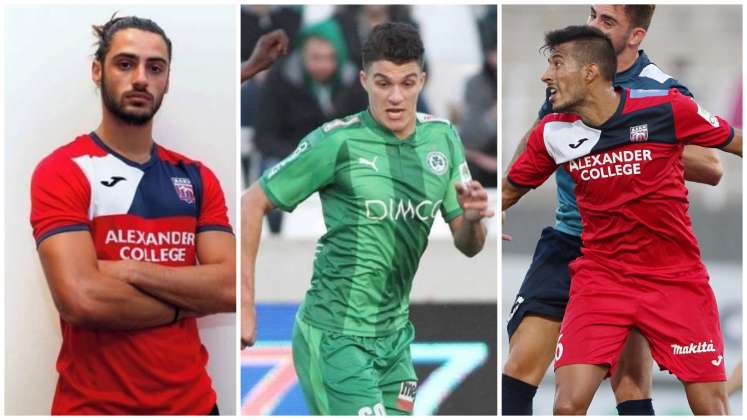 Alki Oroklini F.C. footballers Panayiotis Loizides and Panayiotis Fragkeskou as well as Fragkeskou’s brother Andreas, who was on loan to Nea Salamina from Omonoia, were recently diagnosed with a serious heart condition and were forced to quit football.

In a statement released on Thursday, FIFPro said: “Because of concerns there is a link between the unidentified substances and the serious heart condition of the three players, FIFPro is calling for football authorities to help identify what was administered to them and to establish if their teammates are in danger.”

FIFPro said it has written to the Cyprus Football Association, the Cyprus Sports Organisation and European football’s governing body UEFA to express its concern and ask for immediate assistance.

The union, which represents more than 60,000 players worldwide, added it believes the substances have been administered by club doctors to aid recovery and it has been going on since the start of last season.

According to FIFPro, four Cypriot clubs are involved in the case: “the substances are understood to have been administered since the start of the 2017/18 season. Some of the players under the care of the four football clubs last season have left Cyprus to continue their careers elsewhere.”

On November 1, Panayiotis Frangeskou, 27, and Panayiotis Loizides, 23, asked police to investigate whether recently discovered identical heart problems that forced them to stop their careers were a result of injections containing unknown substances administered to them by club officials.

Police have since completed their investigation and handed the case file to the Attorney General.

The Cypriot Football Association responded to FIFPro on Thursday saying they have appointed an investigator for the case.

CFA secretary general Foivos Vakis said in a letter to FIFPro that the Association’s “investigation is conducted carefully, so as not to interfere with the ongoing police investigations. “CFA will inform FIFPro when new developments come up.”