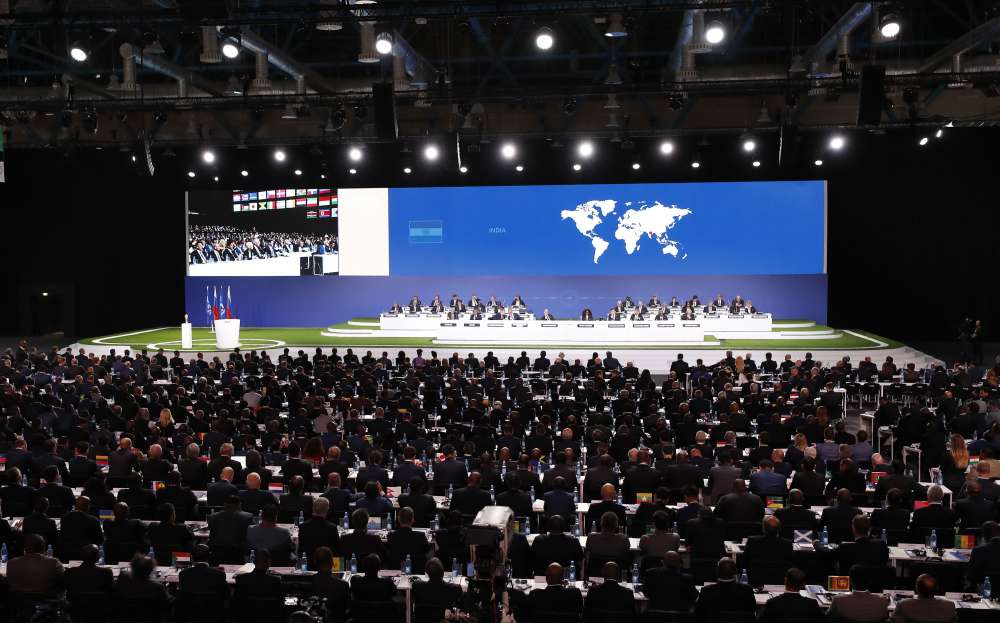 A combined bid from the United States, Mexico and Canada won the hosting rights for soccer’s 2026 World Cup on Wednesday, bringing the tournament to North America for the first time since the 1994 event on a pledge of record crowds, record revenues and, perhaps crucially, a record $11 billion in profits for FIFA, world soccer’s governing body.

The North American bid defeated its only challenger, Morocco, by a vote of 134-65.

“Thank you for the incredible privilege,” U.S. Soccer President Carlos Cordeiro told the FIFA members in a short speech after the vote, adding, “Football today is the only victor.”

It will be the first time the World Cup is hosted by three countries, but a vast majority of the tournament will be on U.S. soil. Of the 80 matches, 10 will be held in Canada, 10 in Mexico and 60 in the United States — including the final, at MetLife Stadium in New Jersey.

The last time the men’s World Cup was in North America was when the United States hosted in 1994. It was held in Mexico in 1970 and 1986, and Canada has never hosted.

Wednesday’s vote was the first in which each FIFA member association was given a say on where the World Cup would be held, and the North Americans rode to victory on a wave of support from the Americas, Europe and Asia, plus a few votes poached from Africa.

U.S. Soccer spent more than $6 million — out of a combined budget of about $8 million — to bring the World Cup back to North America, and Cordeiro, its first-term president, had crisscrossed the globe to meet voters since his election in February.

The North Americans had offered FIFA’s member associations a ready-made World Cup. The 23 stadiums they offered as potential hosts are already built, as is most of the infrastructure the expanded 48-team tournament will need: training sites, hotels, airports, rail lines.

And, like Morocco, the North Americans also had the full support of their governments.

The North American bid’s signature selling point, however, was delivered in a language FIFA members long have understood: revenue. The North Americans promised FIFA a record $11 billion profit — a staggering amount of money that could mean as much as $50 million for each national association.