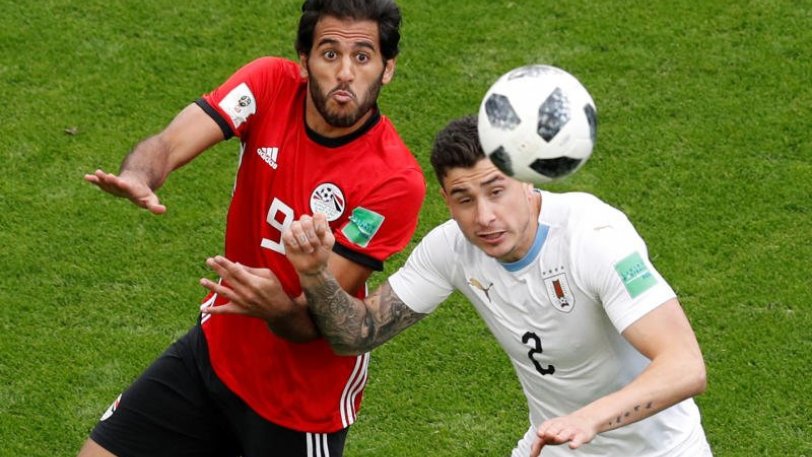 There were no words needed when the two strangers, one Russian, the other Egyptian, crossed paths on a downtown street here late Friday morning.

The Russian man pointed at his shoulder, raised his eyebrows and tilted his head. The Egyptian man nodded, took a deep breath and shrugged. They then smiled as they parted ways.

The silent gesticulations, of course, concerned Mohamed Salah, the ascendant global soccer star whose injured left shoulder has been the most talked-about body part of the 2018 World Cup. Egypt would play its first World Cup game in 28 years later that day, and questions remained about whether the team could call upon the talents of its best player.

“We are following his news every hour, every day: How is he doing? Is he better?” said Ehab Shokry, 43, of Hurghada, Egypt, once the Russian fan he had encountered continued down the sidewalk. “We weren’t expecting that he would play, but we heard his injury has improved. So, we hope.”

But the hope, for one game, at least, was dashed. Salah did not play, and Egypt watched a workmanlike performance go to waste when Uruguay defender Jose Gimenez scored on a dramatic 89th-minute header to propel his team to a 1-0 victory at Ekaterinburg Arena.

On Thursday, Egypt’s coach, Hector Cuper, said he was almost certain that Salah, who hurt his shoulder during the Champions League final on May 26, would play against Uruguay. But Friday, an hour before kickoff, the official lineups showed that Salah would begin the match on the bench.

Still, Salah’s presence was felt everywhere. It seemed like every Egyptian jersey in the crowd featured his name. Fourteen minutes into the match, his face appeared on the big screen, drawing a huge cheer from the crowd. And every Egyptian attack that fizzled raised questions about whether he could have made a difference.

In the second half, with the game still scoreless, Cuper exhorted his players forward, punching the air, spinning around in agony and disbelief whenever they lost the ball. But he never summoned Salah.

“Mo Salah is an extremely important player for us, that’s beyond any shadow of doubt, nobody can deny,” Cuper said afterward. “Perhaps if Mo had been on the pitch, the outcome would have been different, but we can’t know that.”

Cuper was not the only one visibly frustrated; Luis Suarez, the Uruguayan star who plays for Barcelona, had anguish written on his face all game, thanks to the persistent heroics of Egyptian goalkeeper Mohamed El-Shenawy.

Early in the second half, Suarez fired a shot across his body toward the left post of the Egyptian goal, but El-Shenawy got his right knee in the way. Suarez kicked the advertising board in anger.

In the 73rd minute, Suarez found himself one-on-one with El-Shenawy again. Suarez twinkled his toes trying to dribble around the challenge, but he couldn’t get his steps right, and El-Shenawy vacuumed the ball off Suarez’s feet. With less than 10 minutes left to play, El-Shenawy made his best save of the night, lunging to his left, his body parallel to the ground, to block a powerful shot from Edinson Cavani, another of Uruguay’s elite attackers.

In the end it was a defender who made the difference, as Gimenez rose above a crowd to put his forehead to a corner kick and smash the ball into the right corner of the goal. As the Uruguayan players swarmed and smothered Giminez, Salah stared into the near distance, then dropped his chin to his chest.

By In Cyprus
Previous article
UN chief to send envoy for consultations on Cyprob
Next article
Spain an Portugal play a draw for the ages, starring a player for all time