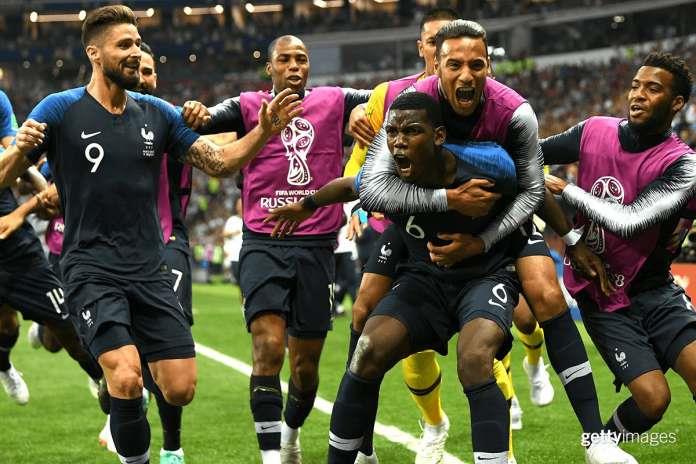 French national team was crowned world champions after defeating the Croatian team in the World Cup final in Moscow on Sunday.

The Croats survived three consecutive extra-time games and two penalty shootouts to reach their first final, and they even had the better of the game.

France held off Croatia in a thrilling 4-2 triumph in Moscow, winning a second World Cup title and its first since 1998.