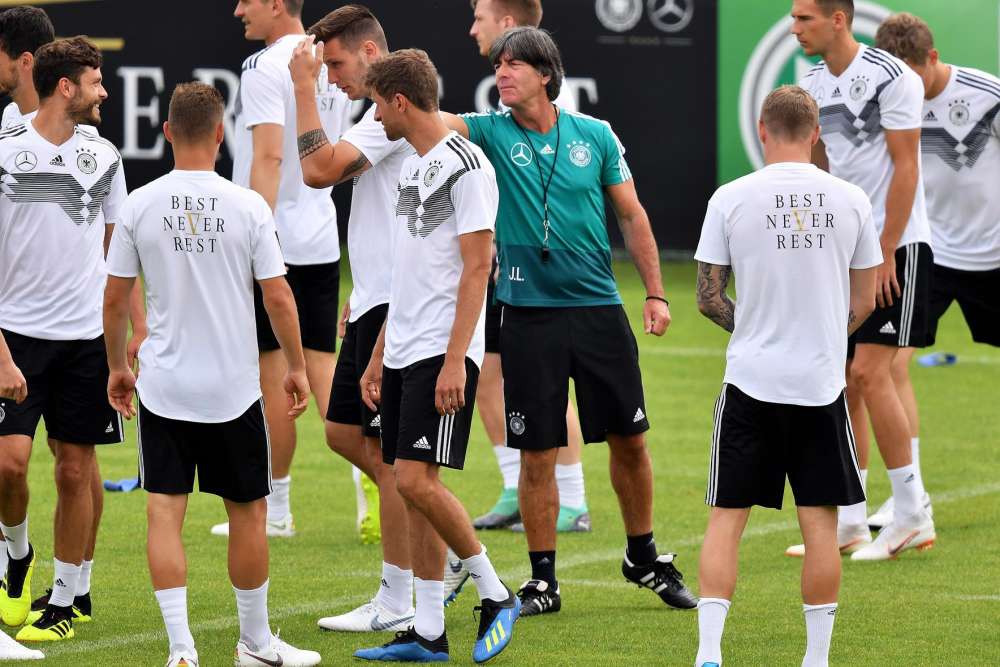 Like France and Brazil, Germany has nothing to complain about with its group-stage opponents: Sweden is hardworking but limited, a label that could apply to South Korea and (less so) Mexico. Mexico has the biggest upside of the three, but none has the quality to derail the Germans.

How did they qualify? As always, with such ease that it almost renders the whole process pointless: 10 games, 10 wins.

What can we expect? It’s not just the number of high-caliber players that Joachim Löw, Germany’s coach, can call on that’s fearsome; it is also the flexibility they offer. Löw has experimented with a three-man defense, as well as a system with no recognized striker, in recent games.

Who’s the star? Unlike Brazil or Argentina, there is no irreplaceable individual — Germany has too many options to be reliant on any one player — but Toni Kroos comes close.

How to sound smart talking about Germany: “It was telling that they did not differentiate between midfielders and forwards when announcing the squad: It’s just so fluid.”

What would success look like? Löw and his team are well aware that Germany is expected to become the first team to retain the World Cup since Brazil in 1962.

How did they qualify? El Tri only lost once, in its final game. The result helped eliminate the United States.

What can we expect? A vibrant attacking team and a body-on-the-line defensive one that will, however they do, probably fail to live up to the standards demanded by the insatiable Mexican news media.

How to sound smart talking about Mexico: “Hirving Lozano just needs an impressive tournament and he’ll be leaving PSV Eindhoven, that’s for sure.”

Certainly escaping the group. The chances of breaking the hoodoo of being eliminated in the round of 16, though, will depend on the opponent. The bad news is that opponent might be Brazil.

How did they qualify? As the creators and beneficiaries of an Italian national crisis. Sweden’s 1-0 win in Stockholm, and a tortuous scoreless draw in Milan — both the products of organization, grit and determination — ensured Italy missed out on the World Cup for the first time in 60 years.

What can we expect? It does not matter, because Zlatan Ibrahimovic has already made it clear that any tournament that he is not in is not worth watching. He’s decided against coming out of retirement to go to Russia, so we may as well cancel the whole thing.

Who’s the star? Now that there definitely won’t be any Ibrahimovic, Sweden’s best player is creative midfielder Emil Forsberg, of Germany’s RB Leipzig.

How to sound smart talking about Sweden: “Victor Lindelof has really grown in stature during his year at Manchester United.”

What would success look like? Doing well enough that even Ibrahimovic is tempted to switch on the television.

How did they qualify? South Korea has been to every World Cup since 1986 and tends to be Asia’s most consistent entrant, but it stumbled to Russia. Coach Uli Stielike was fired midway through qualifying after the team lost to Qatar, and South Korea only narrowly beat back competition from Syria with ties in its last two games.

What can we expect? Should the Koreans find a little form — recent friendlies, despite a 2-1 win against Colombia, have been inconclusive — they are a neat, attractive side, with just enough stardust to prove decisive.

Who’s the star? Son Heung-min, the multipurpose Tottenham forward, is the man most fans will know.

How to sound smart talking about South Korea: “Ki Sung-yueng is as big as Beckham in Seoul, you know.”

What would success look like? Given the way South Korea qualified, a respectable showing in the group stage may be the ceiling.