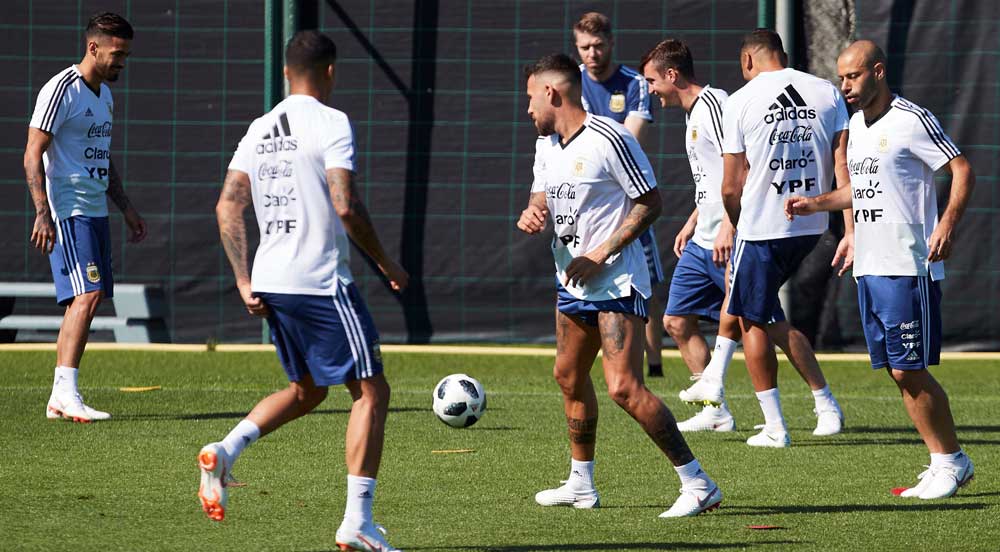 Probably the most delicately balanced, most interesting, and most competitive of all the groups. Argentina only just qualified, Croatia has an abundance of individual talent, Iceland a tremendous collective strength and Nigeria was, possibly, the toughest fourth seed to draw. Argentina will have work to do to win it.

How did they qualify? Nervously. There was a very real prospect that Lionel Messi — who briefly retired from international soccer last year — would miss the World Cup, until the last qualifying game when his hat trick at Ecuador ensured Argentina’s place.

What can we expect? Melodrama and disappointment, if qualifying is any guide; a wonderful attack and a porous defense, from a glance at the squad; and a genuine contender to win the tournament, if coach Jorge Sampaoli can mold the team in his image.

Who’s the star? Everyone, apart from the nation of Brazil and Cristiano Ronaldo, would have been a little sadder if Messi had missed out.

How to sound smart talking about Argentina: “It’s a shame that a team built around Messi in attack has to be built around Nicolas Otamendi in defense.”

What would success look like? The presence of Messi alone will encourage Argentina to believe it could win the title, but Germany, Spain and Brazil all have a greater claim.

How did they qualify? Narrowly beaten to an automatic slot by Iceland, Croatia was a comfortable victor against Greece in a European playoff.

What can we expect? Croatia will be a popular selection when people are asked for their dark horses to win the tournament, based on the undoubted individual talent in the squad. The question, as ever, is whether coach Zlatko Dalic is of the same quality as his players.

Who’s the star? Real Madrid’s Luka Modric is the heartbeat and the brain of this team; if he is on, Croatia will be a threat to beat anyone.

How to sound smart talking about Croatia: “The midfield is as good as anything in the tournament, but I question whether Mario Mandzukic is reliable enough at this level.”

Croatia will expect to get out of the group, though it will not be easy, and would pose most teams problems in the last 16.

What can we expect? Indomitable team spirit and the thunderclap. The challenge for Iceland, now, is that no one will underestimate its team this time.

Who’s the star? Everton’s Gylfi Sigurdsson is Iceland’s most recognizable face, but the team’s run in Euro 2016 proved that its strength is in the collective.

How to sound smart talking about Iceland: “This story really is powerful evidence for nurture in the age-old debate against nature.”

What would success look like? Iceland will see no reason at all to believe it cannot make the knockout rounds, as it did in Euro 2016.

How did they qualify? The first African team to seal a place in Russia, the Super Eagles, the continent’s unpredictable powerhouse, are in one of their sporadic good moments under the experienced (and well-traveled) German coach Gernot Rohr.

What can we expect? A victory against Argentina in November will have highlighted that Nigeria has the firepower in attack and the strength in midfield to pose a problem even for the favorites.

Who’s the star? Nigeria’s team will be built around the experienced John Obi Mikel, but Leicester’s Wilfred Ndidi could make a substantial impact.

How to sound smart talking about Nigeria: “I have many strong opinions on Ogenyi Onazi, but look at that jersey. It’s just incredible.”

What would success look like? The quarterfinals looked like a stretch from the start, but now just getting out of the group stage could be tough.