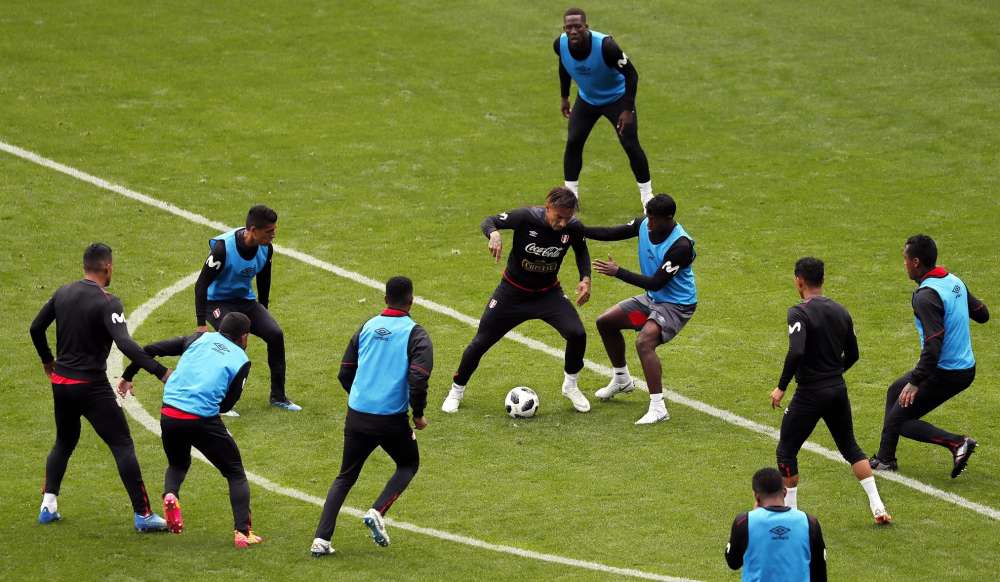 If France had imagined an ideal group, it would have been this. Peru was among the weakest of the second seeds even before losing its best player; Australia’s coach quit after leading the team through qualifying; and Denmark should not trouble the French too much. Second place could be intriguing, though.

How did they qualify? In the end, quite serenely, though there were a couple blips along the way: a defeat in Sweden and, most notably, a scoreless tie at home against Luxembourg.

What can we expect? A surprisingly difficult question to answer. On paper, France is the equal of the main contenders to win the competition. On the field, Les Bleus have a habit of not quite appearing the sum of their parts, and so remain a rung below Germany, Spain and Brazil.

Who’s the star? This could be the tournament in which one, or both, of Paul Pogba and Kylian Mbappé establish themselves as truly global stars.

How to sound smart talking about France: “The irony of this quarterfinal exit is that France could have named an entire other squad and done just as well.”

What would success look like? France could, and possibly should, win the World Cup, but doubts linger over the coach, Didier Deschamps, and his ability to get the most out of his considerable resources.

How did they qualify? Condemned to fifth place, and a playoff spot, on a dramatic final day of South American qualifying, Peru clinched a place at the World Cup finals for the first time in 36 years with a relatively straightforward victory against New Zealand.

What can we expect? It’s hard to say: No one on the roster has even seen Peru play in a World Cup. But the team was a surprise at the Copa América in both 2015 and 2016, so the only fear might be that it peaked a little early.

Who’s the star? The on-again, off-again status of Paolo Guerrero — barred for failing a drug test and then reinstated — consumed Peru. His return, while a joyous occasion, puts the attacking burden squarely on his shoulders.

How to sound smart talking about Peru: “I think we have to face the very real possibility that Jefferson Farfán is immortal.”

Getting out of the group would be a cause for celebration.

How did they qualify? Beaten into second place in their UEFA group by Poland, Denmark trounced Ireland by 5-1 in Dublin to secure a pass to Russia.

What can we expect? That depends, to a large extent, on how Christian Eriksen — the scorer of a wonderful hat trick against the Irish and his country’s only genuine star — plays. There is plenty of up-and-coming talent around him, notably Pione Sisto and Yussuf Poulsen, but it is up to Eriksen to make it shine.

Who’s the star? Eriksen, vastly experienced at just 26, and finally being recognized as one of Europe’s finest playmakers.

How to sound smart talking about Denmark: “Kasper Dolberg has the talent to be a Danish equivalent to Zlatan Ibrahimovic.”

What would success look like? Beating Peru and Australia to a place in the last 16 will be the target.

How did they qualify? A series of disappointing draws effectively ended Australia’s hopes of automatic qualification, and a place in Russia was secured only after playoff victories against Syria and Honduras.

What can we expect? The appointment of Bert van Marwijk, who guided the Netherlands to the 2010 final, speaks volumes: Australia does not have a rich pool of talented players, so it will rely instead on organization, industriousness and Tim Cahill’s head.

Who’s the star? This team lacks the star quality of previous incarnations, but Aaron Mooy, central to Huddersfield’s Premier League survival, is bright and inventive, while the uncapped Daniel Arzani is the country’s great hope.

How to sound smart talking about Australia: “I wonder if they’ve tried to tamper with the ball, the way they did in cricket.”

What would success look like? Expectations are low, but the draw means they might yet get out of the group, and with any luck recreate Cahill’s screamer of a goal in Brazil. That would qualify as a good tournament.