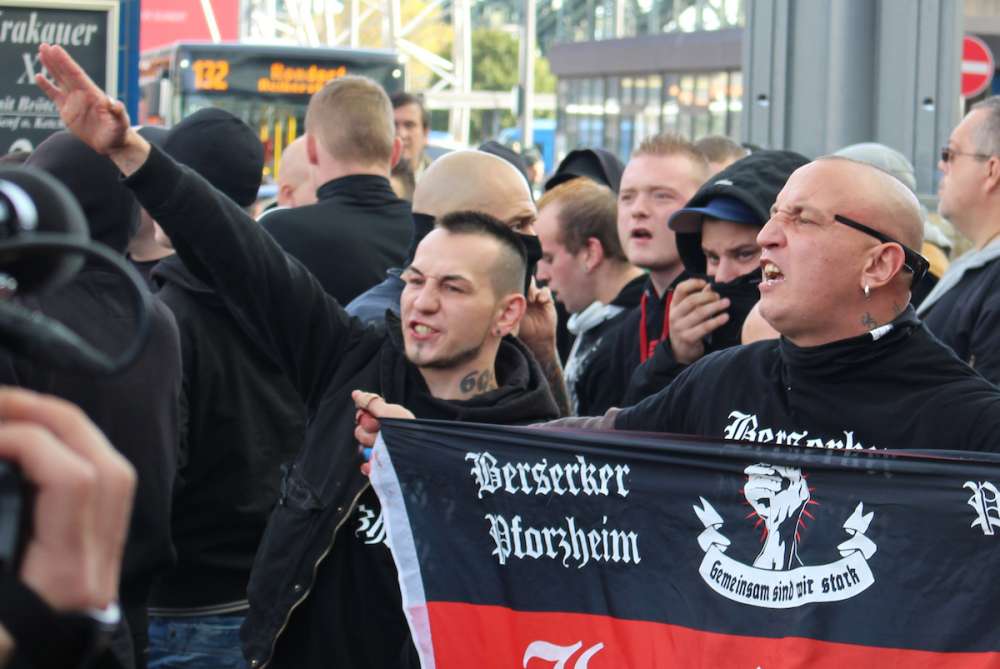 Germany won the World Cup in 2014 and it has an excellent chance of winning it again this year in Russia. Here in Berlin, where I live, the excitement is rising. My friends’ calendars are filling up with watch parties. Bar owners are moving big TV screens toward the street. My local beer garden is stockpiling booze and sausages, preparing for the hordes of fans hopeful that the German team will advance to victory.

But not everyone in this country is necessarily so happy about the squad that the coach, Joachim Loew, has put together. Of its 23 members, seven have parents of foreign heritage. Some Germans see this as a model of racial unity; others, particularly those who support the far-right Alternative for Germany party, see it as what’s wrong with the country.

One of the team’s stars is Jérôme Boateng, who plays for Bayern Munich and is one of the world’s best defenders. His father is from Ghana. In 2016, Alexander Gauland, Alternative for Germany’s leader, said that though Boateng was a fine player, he was unsure that most Germans would want to live next door to him. The backlash to Gauland’s racist comment was swift.

But in the two years since, both Alternative for Germany and Boateng have only gotten more popular. In federal elections last September, the far-right party took home 13 percent of the vote, nearly tripling its support in the previous election. For his part, Boateng has established himself as one of the team’s leaders, following a stellar performance throughout the European championships.

In March, in a friendly match against Brazil, Boateng became the first black man to captain the German national team. I attended that game with a group of friends from the club team I play on. (I’ll probably end up writing more about the club later. Our nickname is the Unicorns.) We had a great time cheering the German team, even though it ended up losing 1-0. But on the way home, some of us — a gathering of supporters both black and white, both German and born abroad — were shown a Nazi salute by a young man as he left the train.

Germany isn’t the only country where rising xenophobia is running up against the realities of national football. In recent months, Britain has been consumed by what’s known as the Windrush scandal, in which it has been revealed that hundreds of British citizens of Caribbean heritage have been threatened with deportation. Some of England’s best footballers, like Raheem Sterling and Marcus Rashford, are of Caribbean descent. In France, as Rory Smith noted in a recent article for The New York Times, nonwhite players from Paris’ poorer suburbs form the core of this year’s national team. As one of Smith’s interviewees points out, when these players disappoint, they merely confirm the stereotype of the feckless immigrant; when they succeed, they are treated like exceptions to the rule.

These teams reveal something awkward for modern nationalists: Elite sporting achievements often come at the humiliating price of diversity. So for that reason — plus the fact that Germany is my adopted home — I’ve got a lot of love for the German team heading to Russia this year.

But that doesn’t mean I want to see a repeat of 2014. I was born and raised just outside London, so in the end my greatest allegiance is to England. I wish Germany well. Just not too well.

And now for a bit of housekeeping: We received some emails from subscribers — always great to hear from you! — about the name of the newsletter. I’m a lifelong football fan and player and I know that the rule is “offside.” We wanted the name to play off the idea that there are so many “sides” to debate about the politics, economics and social issues around the World Cup. We’ll be looking at all of them in the coming weeks. So stick around. And feel free to write in again!

(Musa Okwonga is a poet and writer based in Berlin. He is the author of two books on football, “A Cultured Left Foot” and “Will You Manage?”)

By In Cyprus
Previous article
Government sets up Finance and Competitiveness Council
Next article
Learner’s licence from 17; annual health certificates for those 76 and over