The party extends all the way to Siberia 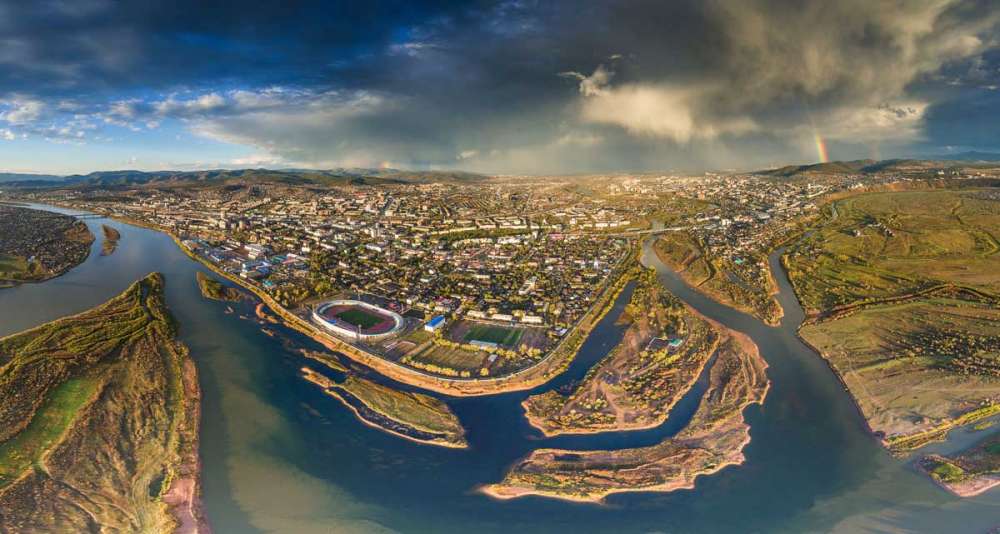 It is light by the time they stumble out of the bar, arms clasped around one another for support, taking greedy drags on long-awaited cigarettes.

In Moscow, St. Petersburg and other Russian cities hosting the World Cup, the party is just about to start: thousands of fans streaming onto the streets, waving flags and blaring car horns, to celebrate Russia’s 3-1 victory Tuesday night over Egypt. The win helped put the country into the tournament’s knockout round for the first time since the Soviet years.

Here in Ulan-Ude, 3,500 miles and five time zones from Moscow, the night is already over. The roads, normally choked with traffic, are empty. The city is quiet. The hundred or so hardy souls who stayed up until 4 a.m. to watch the game in the Pelikan sports bar say their goodbyes, exchange heartfelt hugs and head off: to work, to home, to sleep it off.

When Gianni Infantino, the FIFA president, addressed the crowd at Luzhniki Stadium in Moscow before the opening game of the World Cup, he promised that in the coming month, soccer would “conquer” Russia. He invited the host to “enjoy the biggest celebration on Earth.”

Over the past week or so, the 11 cities selected to serve as the hosts of various first-round matches have lived up to his promise. Hundreds of thousands of fans from across the planet have descended on Russia; on the days before and after games, there has often been the feel of a carnival, a riot of color and noise enveloping Kaliningrad in the west, Yekaterinburg in the east, and all points in between.

At first glance — but only the first — that festival spirit does not appear to have traveled as far as Ulan-Ude, nestled between Lake Baikal and the Mongolian border. The nearest host city — Yekaterinburg — is some 2,200 miles away by road, or two days by train across the desolate expanse of Siberia and through the towering Ural Mountains. It is six hours by air. There are no direct flights.

There is little or no sign, here, that the “biggest celebration on Earth” is happening in Russia at all: no flags fluttering from lampposts, no signs wishing the Sbornaya — as the national team is known — good luck.

At the city’s stadium, its artificial turf given over to amateurs to play pickup games in the warm summer evening, there are Barcelona jerseys and Real Madrid jerseys and a Chelsea top or two, but no Russian shirts. The World Cup would seem to be very far away, indeed. 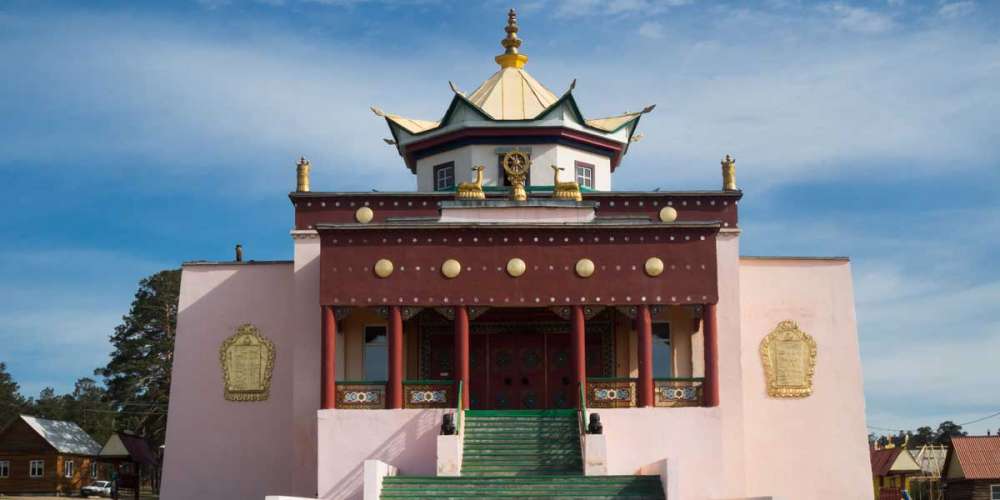 So, too, does Russia, or at least the Russia we conceive of in the West. Ulan-Ude is geographically closer to Beijing than Moscow and, culturally, it feels Asian: Buryatia, the republic of which it is the capital, is one of two Buddhist states in the Russian Federation. Its cuisine draws heavily on the Buryats’ nomadic tradition: The food has more in common with Mongolia than Moscow.

One or two traditional yurts sit at the roadside, turned into attractions for the crowds of Mongolian and Chinese tourists who come here to visit Baikal, or stop off on the Trans-Siberian Railway to see the monumental statue of Lenin’s head in the city’s main square. Many of the cars are right-hand drive, bought secondhand from Japan and driven across the steppe. Wrestling is the national sport here, not soccer. Archery and horse riding have their followers, too.

So it would be easy to see in Ulan-Ude the limit of the World Cup’s power to captivate such a huge, diverse country as Russia: The centers of action are too far away, by distance, by time and by culture, too, for the tournament to truly permeate the consciousness here. Maybe Russia is too big, too varied, to come together as one, even for the World Cup.

And yet, on closer inspection, that does not really seem to be the case.

“My plan is to play football now,” said Sergei Sogolov, a local television newsreader. It is about 8 p.m. — Russia’s game with Egypt kicks off in six hours. Wearing a full Real Madrid kit, he is getting ready to play with friends at the Republic of Buryatia stadium.

Half of its seats are arranged in blue, white and yellow, the colors of the Buryat flag. The other half is red, white and blue, for Russia.

“Then I’ll go home, have a sleep and set my alarm for just before 2 a.m.,” he said. “Then I’ll wake up, watch the game and go back to sleep. I think that’s what most people are doing. Everyone is watching the matches, even people who don’t like sports.”

Some from the area have even traveled to see games live, said Bair Tsydypov, an amateur goalkeeper who has just finished playing. “I have a friend who has tickets for seven games,” he said. “Not just the Russia matches but for lots of different teams. You see lots of people sharing photos from matches on social media: from Moscow, St. Petersburg, Saransk.”

By 11 p.m., the city is quiet. The fountain on the city’s main square is abruptly turned off; families who had been staring as it changed color — from green to the red, white and blue of the Russian flag, begin to disperse. Most will watch the game from home, if they can stay awake.

In the Pelikan bar, though, Anna Abadieva is a little disappointed. “I thought we would have more people here,” she said as midnight came and went. “There were a lot more for the opening game.”

Still, though, by the time the 2 a.m. kickoff arrives, there are 100 or so here, split between two floors. Waitresses deliver huge steins of dark, malty beer to customers.

They laugh as the presenter describes the weather in St. Petersburg, where the game is being played, as distinctly “Petersburgian.” It was still 34 degrees Celsius in Ulan-Ude — which is more than 90 degrees Fahrenheit — when most of them arrived at the bar. It is a different world.

The atmosphere, though, is just the same: nervous during a tense, tight first half; delirious in the second as Russia races into a three-goal lead. Those present scream when Mohamed Salah, Egypt’s star, wins a penalty; they chant, “Igor, Igor,” to encourage Russia’s goalkeeper, Igor Akinfeev, to save it (he does not).

Pelikan’s ceilings are decorated with European club scarves — Manchester City, Chelsea, Napoli — and the walls have been festooned with the flags of competing nations specifically for the World Cup: the red and yellow of Spain, the green and yellow of Brazil. There is no Russian flag, though, only the colors of Buryatia.

“It feels like a holiday,” said Bair Nydanov, a 22-year-old human resources student at one of three local universities, and a devoted fan of the Italian team AC Milan. He has come with three friends, all students, who do not have to be up in the morning. “There is a special feeling in the city, in the country.”

A few miles outside Ulan-Ude is the Ivolginsky Datsan, a Buddhist shrine, monastery and study center. Monks in saffron robes wander the site, guiding the groups of tourists who come from Russia, Mongolia and China to visit the Hambo Lama, the body of a monk who died in 1927 and was exhumed in 2002, his body said to be remarkably preserved.

It feels as far from the Russian World Cup as it is possible to be: a peaceful, pious place, a world away from the frenzy and the international festival being held in Moscow and St. Petersburg, a speck of civilization adrift in the endlessness of Siberia.

The monastery’s abbot, Ayur Lama Tsyrendylykov, is pouring tea. Zhargal Bagsha Dugdanov, his deputy, is sitting on a couch in his robes. It is quiet, contemplative. Has anyone here followed the World Cup, or is it all too far away?

“Well,” Dugdanov said, perking up. “We were all very surprised by winning the first game, 5-0.”