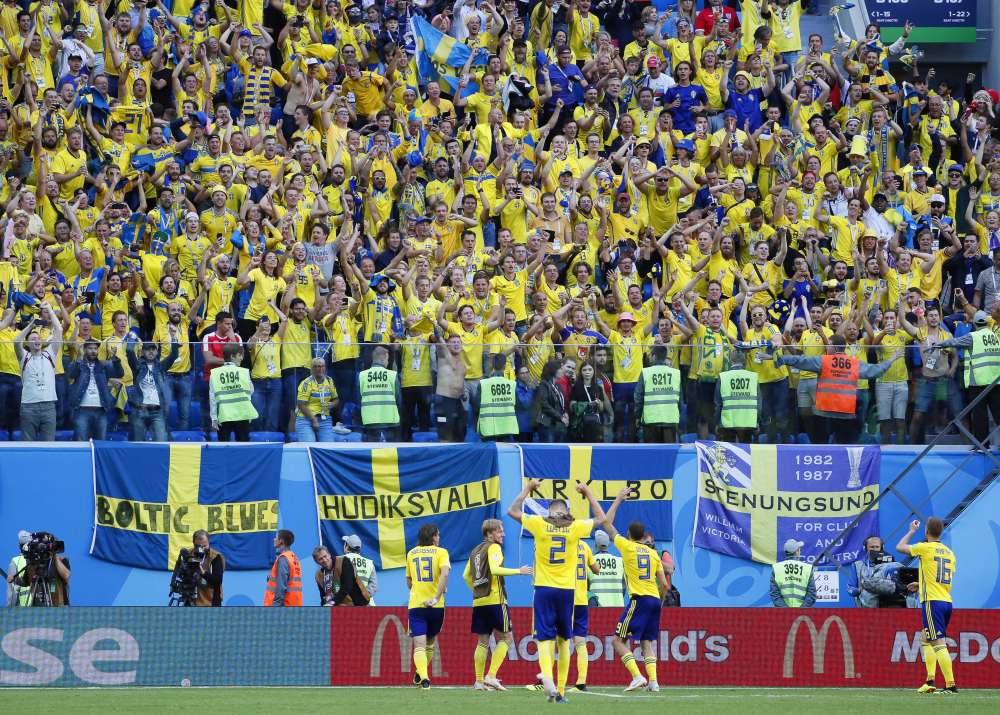 Sweden beat Switzerland 1-0 on the strength of an Emil Forsberg goal in the 66th minute. Sweden advances to a World Cup quarterfinal for the first time since 1994.

Switzerland was the more attacking side for most of the game, dominating possession. But Sweden’s well-placed defense seemed always to be on hand to block a shot or clear a ball.

It was Sweden that finally broke through in the 66th minute. After some passes around the outskirts of the box, Forsberg cranked a shot from the half moon. It took a little deflection off defender Manuel Akanji, enough to wrong foot keeper Yann Sommer.

Switzerland pressed for an equalizer, with Xherdan Shaqiri particularly active down the right wing. But it struggled to turn its vast 64-36 percent possession advantage into good opportunities. Switzerland wound up with 18 shots, but only four were on target. Five missed the net and a whopping nine were blocked by the Swedish defense.

In the dying minutes, Sweden was awarded a penalty that was overturned on video replay, as it was ruled to be outside the box. Michael Lang did get a red card for the shove. But it mattered little as time had run out on Switzerland.

“We didn’t give Switzerland many chances at all,” Forsberg said. “To see what we’re achieving together, it just brings tears to my eyes and makes me so proud.”

Sweden’s run to the quarterfinals has come without its totemic player of the last 10 years, Zlatan Ibrahimovic, who has retired from the national team. But while it may lack Ibrahimovic’s nose for goal and outsized personality, the team has used good organization and just enough scoring punch for a run of good results at the Cup.

Next up for Sweden is the winner of the Colombia-England match Saturday in Samara, Russia.