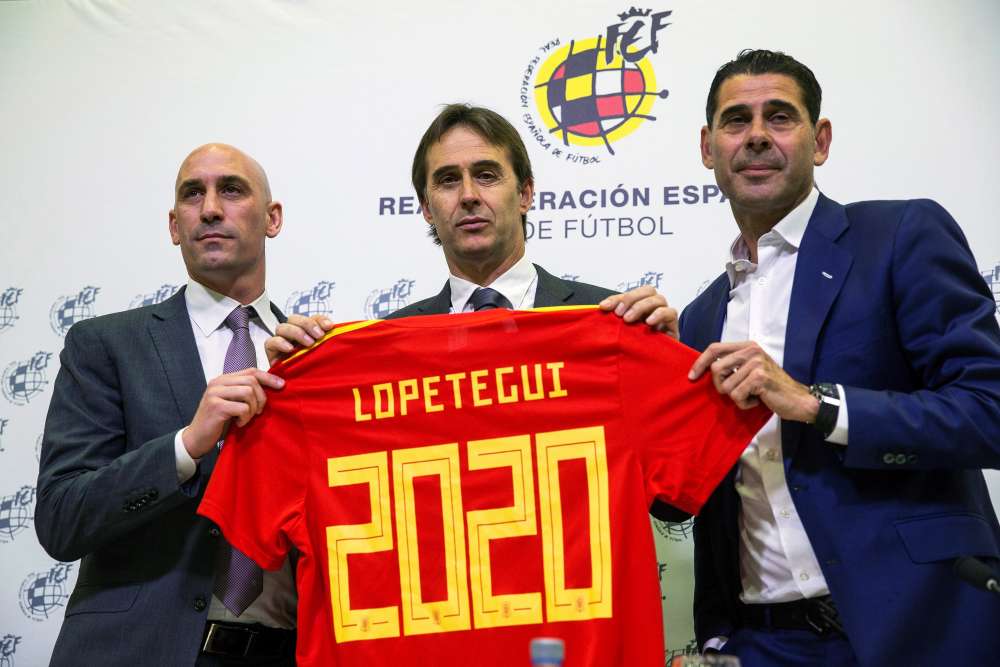 Just two days before its World Cup campaign starts, Spain, one of the favorites to win the competition, was thrown into chaos Wednesday after the country’s soccer federation fired the team’s coach, Julen Lopetegui.

Luis Rubiales, president of the governing body for soccer in Spain, said at a news conference at the team’s training facility in Krasnodar, Russia, that Lopetegui had been dismissed.

The decision came after reports emerged Tuesday that Lopetegui had agreed to become coach of Real Madrid, the reigning European club champions and one of the world’s biggest teams, after the World Cup.

Rubiales, who was in Moscow for the vote to determine the host of the 2026 tournament, was informed of Lopetegui’s post-World Cup plans only a few minutes before the coach’s appointment by Real Madrid was formally announced.

Rubiales immediately left Moscow for Krasnodar to have talks with Lopetegui, who had signed a contract extension less than a month ago.

On Wednesday morning, a delegation of players tried to persuade Rubiales to retain Lopetegui, arguing that it would minimize disruption, but their pleas were rejected.

Rubiales said that he had made the decision not because Lopetegui had agreed to take another job after the tournament, but because Spanish soccer officials had not been informed about the discussions or warned about the announcement.

“The federation cannot remain on the margins of a negotiation for one of its employees,” he said.