Players for England and Tunisia endure Swarms of tiny insects 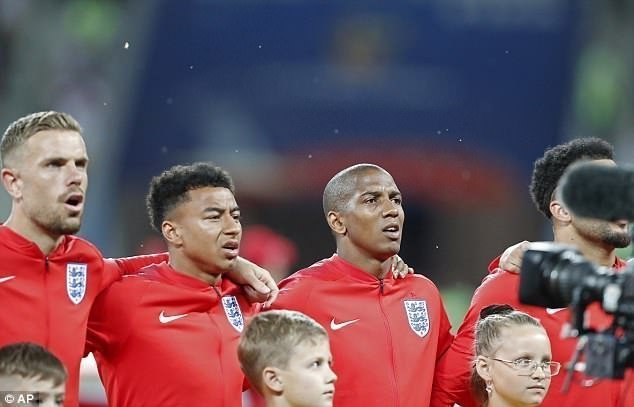 The World Cup fans descended on the city. And then the bugs descended on them. They are everywhere here this time of year, a stew of mosquitoes and tiny, persistent, nearly invisible insects that fly onto your skin, lurk in your hair and attempt to swarm into your eyes, nose and mouth. The sort of insects that make you run back inside and slam the door.

City officials have reportedly been spraying Volgograd Arena and the nearby marshlands with insecticide for the past few days, to little avail. Apparently bugs are a regular feature of the Volgograd summer, due to warm air and fertile breeding grounds in the Volga River. But no one seems to have issued any particular advance warning to the visitors who came to watch England play Tunisia in the first World Cup match in this city, in the Russian southeast.

If the situation was untenable during the day on Monday, when the temperatures climbed into the 90s, it certainly improved by the time the game started, at 9 p.m. But the bugs were still there, at times deploying their own kind of teamwork by massing together and attacking as a unit.

Players could be seen waving their arms futilely in front of their faces during play. So could many fans, who were not allowed to bring liquids into the stadium and had to go bug spray-less. A reporter for a German TV station resorted to protective netting around her head.

No one was happy (except maybe the bugs themselves, with all those new victims in town). Presumably, Tunisians are as discomfited by insects to the same degree as English people are. But characteristically, the English news media interpreted the situation as a kind of national affront disproportionately affecting its own players — and its own reporters.

The Sky correspondent Kaveh Solhekol, for instance, tweeted that he had to abort a live broadcast at the last minute after being swarmed by “an invasion of flies” outside the England team’s hotel.

At the BBC, a camerawoman posted a clip of the correspondent Natalie Pirks spraying a huge amount of bug repellent around her head so that she could make it through her own broadcast, even as bugs flitted around her.

There was a worry that the bugs would put the England players off their game, but they won, 2-1.

“Midges Everywhere,” The Sun reported. “REVEALED: the bizarre reason England players could be hugely distracted during the Tunisia game.”

Meanwhile, The Daily Mail said that “plagues” of “blood-sucking insects” were gathering directly outside the England team’s hotel, forcing local authorities to take “drastic measures” and the England team doctors to stock up on insect repellent.