Morocco looks beyond its borders in assembling a national team 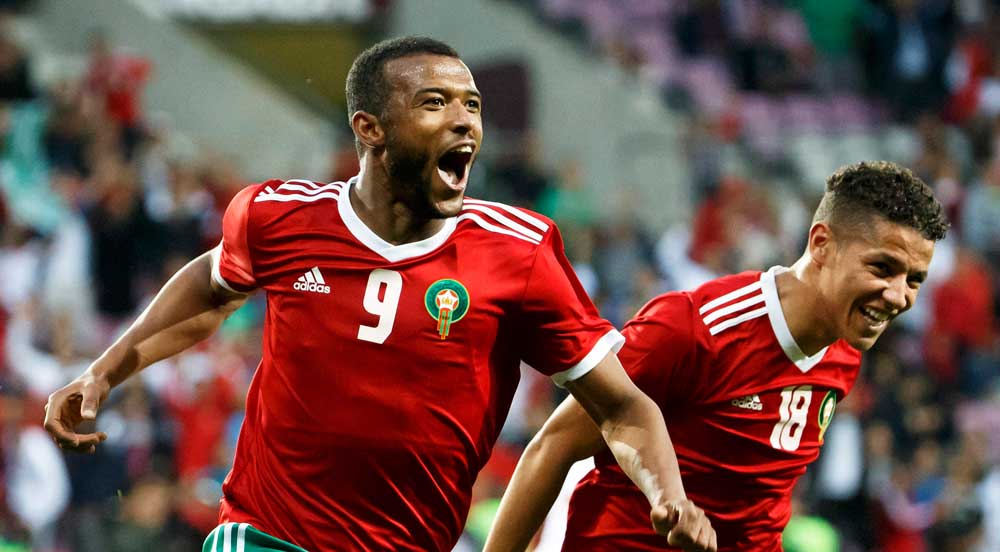 Even before he began talking with midfielder Sofyan Amrabat, Ruud Gullit knew he would fail to convince him. The sales pitch — persuading Amrabat, a prodigiously gifted 21-year-old, to commit to playing for the Netherlands internationally — had some built-in advantages. Amrabat, after all, had been born in the village of Huizen, close to Amsterdam. He had lived his entire life in the country, and had played all his club soccer there.

But now he had a choice to make: to link his national team future to the Netherlands, where he had learned the game, or to Morocco, the North African country of his parents and grandparents.

“The family pushes you to play for Morocco,” said Gullit, a famed Dutch player who was an assistant coach with the national team when he spoke with Amrabat last year. “So therefore there was no choice. I think they have no choice.”

Amrabat is one of five Dutch-born players in the Moroccan roster headed to the World Cup this month, a squad that also includes a captain born in France and playing in Italy, and a defender from Spain schooled at Real Madrid. In fact, the Moroccan team’s return to soccer’s top tournament for the first time in 20 years has relied on a squad populated almost entirely by players born outside the country and forged in the academies of clubs and national associations scattered across Europe.

When Morocco turned in its final roster on Monday, the list showed 17 players out of 23 born outside of the country. The truth is, there could have been even more.

The young attacker Mimoun Mahi was among those who missed out, but his career is a case study that explains the appeal of Morocco to players born hundreds — and sometimes thousands — of miles away.

Sitting at a table in the training complex of his Dutch club, F.C. Groningen, earlier this year, Mahi’s face lit up as he described the moment he scored in his debut for Morocco last September. Mahi’s goal was hardly remarkable, a late tap-in in a 6-0 thumping of Mali. But to score it and know that his parents, who had left Morocco for Europe three decades earlier, now stood crying tears of joy amid the seething masses inside Rabat’s Prince Moulay Adbdellah stadium meant everything.

“It’s unbelievable to see your son there in the stadium, all the years only watching on TV and your own son is there,” the Netherlands-born, Netherlands-trained Mahi said, his memory suddenly bringing the moment back.

Other fathers, and other sons, surely felt the same emotions that day: All six Morocco goals against Mali came off the feet of players born in Europe.

The story of Morocco’s successful qualification is perhaps the best modern illustration of how nations have turned to a global diaspora to achieve success in soccer. Morocco’s last World Cup team, in 1998, had only two players born outside the country. Now it has 17. And many of the current stars are products of a recruitment campaign that gained force in 2014, the year a team from rival Algeria rode French-born talent into the second round of the World Cup.

But the success of Morocco’s campaign is also is a reminder of how, as a revivalist nationalism sweeps across Europe, some players have come to consider the nations of their parents and grandparents a better fit than the countries they have long called home.

The Netherlands, along with France, is the birthplace of the majority of the players that will star for Morocco this summer. Other players have been sourced through a vast Moroccan grapevine of scouts in Belgium, Germany and Spain. To be sure, Morocco isn’t the only team at the World Cup that cast a net beyond its borders in efforts to create a winning team: Tunisia’s star midfielder Wahbi Khazri is among several French-born players on its squad, and Senegal, Portugal, Switzerland and even host Russia have called in players who were born abroad.

But no team will arrive in Russia with foreign players in such abundant numbers as Morocco.

“We explained to them the most important thing is team spirit,” Morocco’s French coach, Hervé Renard, said. “To achieve something in football, if you don’t have team spirit, it doesn’t matter where you are coming from.”

For some players, however, identity matters more. Europe has seen a rise in the past decade of nationalist sentiment, and of political parties critical of previously open immigration policies. Some of those forces have made electoral gains, including the Party for Freedom in the Netherlands, whose leader, Geert Wilders, has repeatedly targeted the nation’s Moroccan minority with racist language. While campaigning last year, Wilders described Moroccans as “scum.”

Maurice Crul, a professor from Vrije Universiteit Amsterdam whose research topics include the children of immigrants in Europe, said the current crop of players deciding their national team allegiances was part of the post-9/11 generation, a group that “became aware their religion is not wanted.”

That has pushed groups already on the margins of European society because of poverty, or language, or culture, further away from the mainstream. “It’s a big issue that this generation felt excluded from the very start of their lives,” Crul said.

A Team of Many Tongues

After a rash of nations’ naturalizing players for the sole purpose of boosting their national team talent pools, FIFA in 2004 started requiring players to demonstrate a “clear connection” to the country for which they wanted to play. FIFA continued to allow players to switch nationalities — the United States, Italy and Spain, among many others, have taken advantage — provided the players fulfilled several requirements and had not appeared in any competitive senior-level games.

In Morocco’s case, that allowed several players who had turned out for junior national teams in Europe to switch allegiances. Still, collecting players from a variety of countries presents its own challenges.

Morocco’s players, for example, arrive for training camps speaking a mix of French, Spanish, Flemish, Dutch and German, but also Arabic and Tamazight, a Berber language spoken in parts of the country.

Renard, the team’s French coach, has coached African teams for more than a decade. He navigates the thicket of languages by conducting his prematch and halftime team talks in both English and French; his assistant Mustapha Hadji, a popular member of Morocco’s 1998 World Cup squad, steps in when Arabic is required.

“Sometimes you realize one player in front of you doesn’t understand what you are saying,” Renard said in an interview in Casablanca in January. “I call the assistant and say, ‘Please to talk to him because I can see his face — he’s not understanding.’”

Renard said some friends and colleagues advised him against accepting the Morocco job in 2016, telling him it wouldn’t be possible to bring together players drawn from so many backgrounds. But the Lions of the Atlas, as the team is known, roared unbeaten through the final phase of World Cup qualifying, comfortably beating their closest challenger, Ivory Coast, in the final game to seal their return to the World Cup.

Traverse any major Moroccan city and soccer’s popularity quickly reveals itself: children play makeshift games wherever they can find space, and television screens everywhere broadcast the latest match. An entire generation of soccer fans now will get to see their national team play at the World Cup for the first time, making it easy for many to overlook the fact that team taking the field against Iran, Portugal and Spain in the group stage will be made up, in large part, of foreign-born and foreign-trained talent.

“They love Morocco; that’s why they play for us even though they are from elsewhere,” Omar Ghazaz, a 72-year-old dentist, said in January during a morning break to sip coffee and bask in some winter sunlight on a side street adjoining Casablanca’s main market.

He and others knew that Renard was even then continuing his “missions” — a euphemism he uses to describe the federation’s attempts to discover, and persuade, new players with Moroccan heritage to sign on. A Christmas trip to see Manchester City’s Spanish-born attacker Brahim Diaz ended without resolution, and in May the Court of Arbitration for Sport rejected an appeal that would have allowed a promising 22-year-old forward, Munir El Haddadi, to switch his allegiance from his native Spain to Morocco.

Efforts like that could mean even more competition for places for Mahi, but he has already made his choice. For now he will continue to play his club soccer in the Netherlands, which remains home. Mahi’s wife, Daisy, is Dutch, and he said he had delayed transferring to an overseas team because he wanted his first child to be born in the Netherlands.

Lana Sophia Mahi was born in March. Like her father, she is eligible to represent both the Netherlands and Morocco.

By In Cyprus
Previous article
Ban plastic bags? UN seeks to cut pollution as recycling falls short
Next article
Russian driver in Paphos was ‘eight times over the limit’