In Cairo, all roads lead to image of Salah 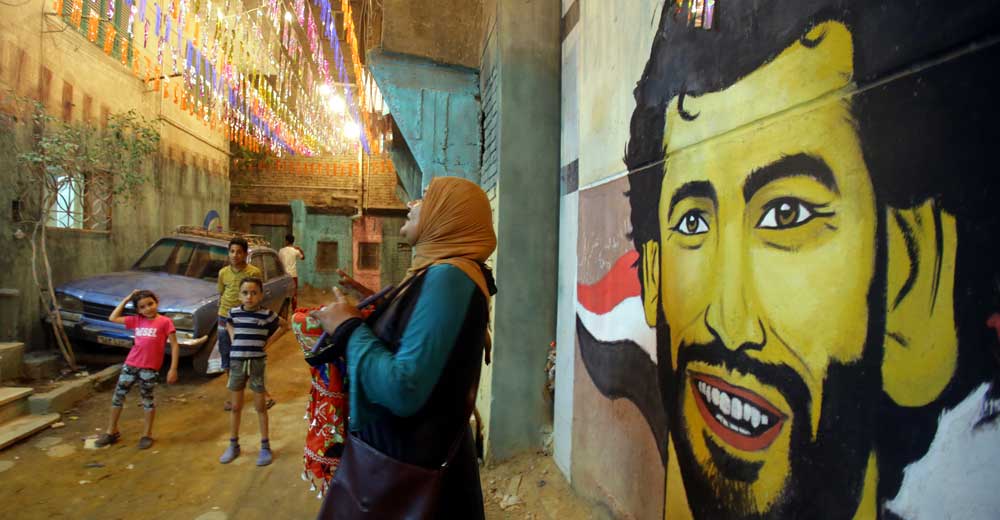 If anything, the mural has worked too well. A few months ago, a giant image of a beaming Mohamed Salah appeared on a wall outside a Cairo street cafe, nestled alongside pictures of some of Egypt’s greatest cultural figures, including the singer Umm Kulthum and novelist Naguib Mahfouz.

Soon, the spot became a place of pilgrimage: for Egyptians wanting to honor Salah, the forward whose nerveless injury-time penalty secured the country a place at the World Cup for the first time in 28 years; and for tourists bewitched by his extraordinary form for Liverpool, his English club team.

“It’s become very popular,” said Hani Fathy, the cafe’s manager. “Everyone takes pictures of it: foreigners, Egyptians. He is a symbol of Egypt, all of it.” In fact, it has become such a destination that — despite the boost to business it provided — Fathy has had to start turning people away. 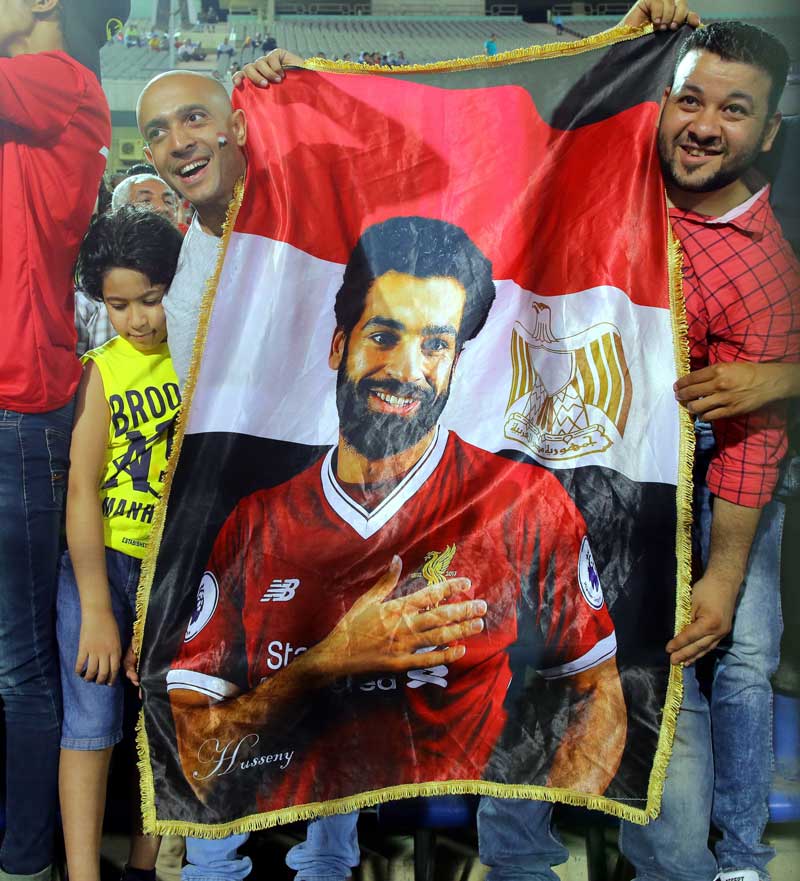 “So many people come to see it that I tell people Salah is asleep to rest,” Fathy said.

While he has yet to take the field for a match in Russia, a fact that may change when Egypt faces the hosts on Tuesday, Salah is everywhere in Cairo. It is impossible to escape his name, and his image: He appears on everything from bed linens to traditional Ramadan lanterns, from advertising boards for major multinational companies to homemade placards on street stalls.

final in May, or Egypt, the country whose hopes in Russia now rest on his injured shoulder.

“People want either the national team shirt or the Liverpool shirt,” said Mohamed Anwar, who runs a kiosk in central Cairo. It does not matter which, he said. “As long as it has his name on it.”

There are other measures of his effect, though: the number of people who throng into Cairo’s cafes to watch his games, or the noise that emerges from them when he scores.

“Liverpool is the number one foreign team in Egypt now,” said Moustafa El Chiati, one of the founders of the Egyptian soccer website KingFut. “Coffee shops show any Liverpool match — you can tell when one is on because Cairo seems quieter than usual, or when you hear the people screaming if he scores.

“Some coffee shops have had to introduce a minimum charge for a seat during Liverpool games. These days, Liverpool takes precedence even over the Cairo derby, Al Ahly and Zamalek. It’s more important, and more people watch.”

If anything, the devotion is even greater in Nagrig, the dusty town in the Nile Delta where Salah, 26, grew up. His connection to his hometown — something that Egyptians particularly cherish, El Chiati said — has seen him spend a considerable proportion of his salary there, building soccer fields and medical facilities. Here, too, Salah’s name is emblazoned on the back of every jersey, and his image is everywhere.

“He is the pride of all Egyptians, Arabs and Muslims,” Anwar said inside his stall back in Cairo. “He does not only represent his generation, but the generations to come.”