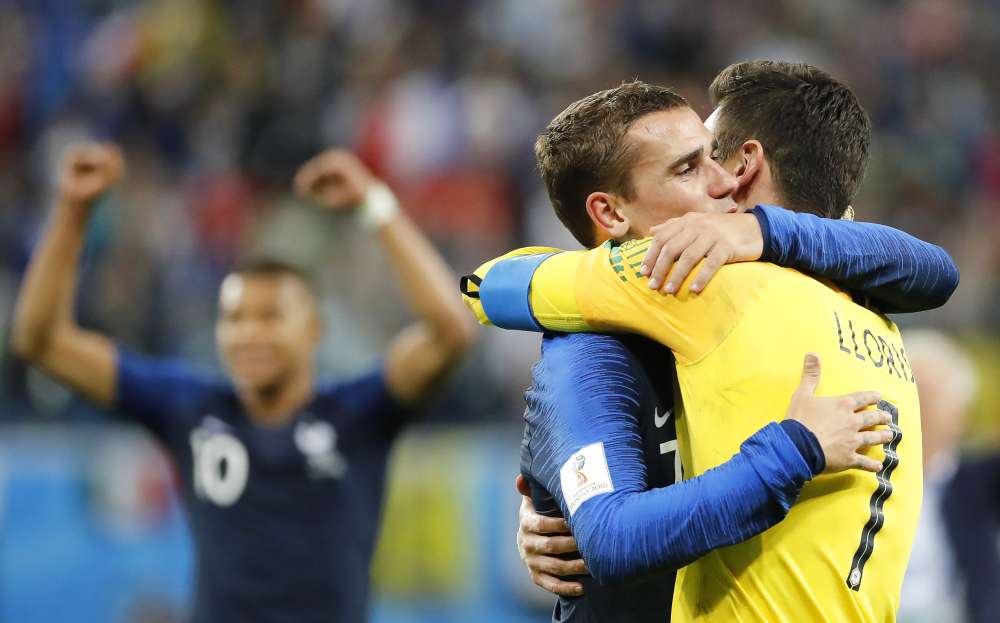 They were only glimpses, fleeting and flickering and ultimately insignificant, but they were so tantalizing they were impossible to miss.

They were moments to drop the jaw and draw the breath, visions of the heights this French generation — now one win away from being crowned champion of the world — might yet scale, images of what this team of all the talents could, and perhaps should, be.

But it was not those flashes of neon brilliance that took France past Belgium in a 1-0 win that sent thousands out to celebrate on the Champs-Élysées. France is not in its third World Cup final in 20 years because of what this team threatens to be, or might become.

France has, somehow, reached the cusp of greatness without ever really having given the impression it has stretched itself, or reached its full potential. It sleepwalked through its group, with single-goal victories against Australia and Peru, and a mind-numbing goalless draw with Denmark.

In the round of 16, against an Argentina side mired in chaos and permanently on the verge of a meltdown, it roused itself for a few minutes, scored three quick-fire goals, then sank back into itself, eventually winning — again — by just one goal.

It was only in the quarterfinal, against Uruguay, that it finally broke that trend of squeaking by, but only thanks a header off a set piece and an egregious error from Fernando Muslera, the Uruguayan goalkeeper. France reached St. Petersburg, and the semifinal, hardly having broken a sweat.

It was greeted there by Belgium, whose own golden generation was supposed to provide a significantly more exacting test, to force the French out of their shells, to demand that manager Didier Deschamps’s richly gifted players finally live up to their lofty reputations. For 50 minutes, the Belgians threatened to do just that, to draw this team into the open field. And then Samuel Umtiti scored — slipping his marker to meet Griezmann’s corner — and France drew back once more, content to contain and control.

Deschamps’ players let Belgium burn itself out, deprived it first of hope, and then of life, all the while not expending a drop of energy more than was strictly necessary.

Belgium’s Eden Hazard, in particular, had started the game as a ball of energy, twisting and turning and writhing his way past Benjamin Pavard, France’s right back; Hazard had the look of a player very conscious of the fact this was his chance to stake a claim for greatness.

By the end, he looked adrift. He had long since wandered into central midfield, craving some sort of space, some sort of peace, only to find neither His sparkle had gone, and so had his spark.

It was not — as might be expected, in the era of counter-pressing, that frenzied style of harrying and harassing that is so en vogue in European club soccer — because the French had pummeled him and his team into submission, barely allowing a moment’s rest, but because they had done the opposite: They waited as Belgium wandered into their sleeper-hold, and then simply refused to let go.

That has been France’s unexpected forte in this tournament: its defensive strength, its imperturbability, the ease with which it blunts an attack. Only Argentina has scored against the French from open play. They are so assured in defense that none of those single-goal victories felt at all close, or tense; they all seemed to be over long before the final whistle. So, too, here: When the game ended, the explosion of joy from the French players, and their small squadron of fans, felt somehow out of place, out of context, with the torpor that had descended.

Deschamps and his players are in the World Cup final because of what they are: a team designed to draw the sting, to suck the air from a game, to deprive the fire of oxygen. It is hard to believe they will not win it, though, because of what they might be: the team with the sting, with the air, with the fire. France, for the last month, has done what is required. It will be confident it can do so, one last time.