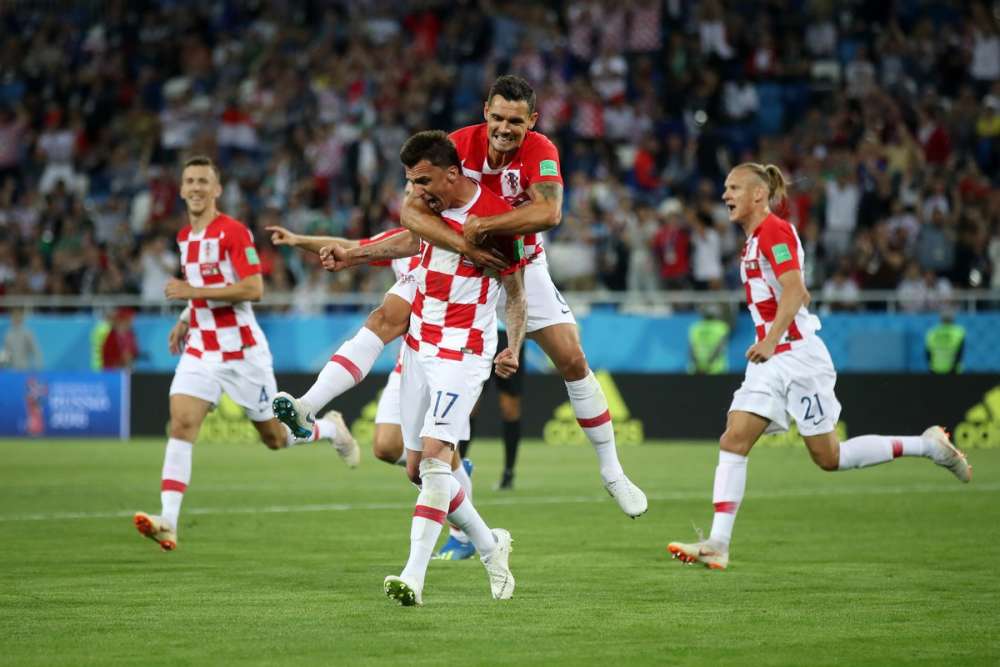 It wasn’t the most aesthetically pleasing victory, but Croatia earned the full three points by defeating Nigeria 2-0 in Kaliningrad on Saturday. Juvenus forward Mario Mandzukic’s diving header caused an own goal in the first half, and he drew a penalty that Luka Modric converted in the second.

With the relatively painless victory, Croatia goes to the top of Group D. Argentina and Iceland drew 1-1 earlier in the day.

The match was even early on, with both teams looking to attack and trading possession, but neither able to find a shot on goal, or even a key pass.

In the 32nd minute, Croatia found a bit of luck. A Luka Modric corner kick was deflected toward the back post, and Mandzukic met it with a diving header. The ball was going well wide, but deflected off Nigerian midfielder Oghenekaro Etebo and into the back of the net. It was ruled an own goal.

Nigeria continued funneling their attack through winger Victor Moses, but he was rarely able to beat the final man or put a dangerous ball into the box. Three straight corners to begin the second half that didn’t even result in a single shot just about summed up the Nigerian attack.

Croatia’s second goal came on another corner kick, one of their six in the match. Nigeria was able to clear the corner away, but only because defender William Troost-Ekong wrapped his arms around Mandzukic, preventing him from attacking the ball. Troost-Ekong was given a yellow card, and Modric whipped the ball into the lower corner of the goal on the ensuing penalty kick.

Despite a young, speedy and guile-filled team, Nigeria continued to look ponderous on the ball, and never seriously threatened to claw a goal back.

Croatia’s golden generation is taking advantage of what is likely their last chance to advance deeply into a tournament, while Nigeria, the youngest team at the World Cup, look like they might be four years away.