A scary thought: Germany is better prepared than in 2014 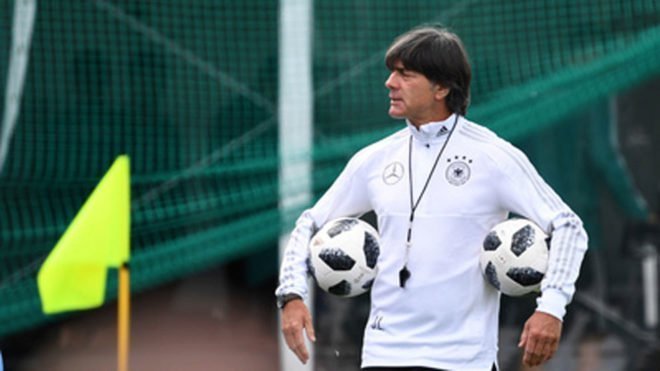 For the 31 teams hoping to prevent Germany from becoming the first team to repeat as World Cup champion since 1962, here is a bit of less than encouraging news:

After winning the tournament in 2014, Oliver Bierhoff, the executive who oversees the operations of the team, decided the squad’s technical and analytics capabilities needed a serious upgrade. Nothing says “underperformance,” apparently, like outscoring opponents by 18-4 and winning the world championship for a fourth time.

So when the celebrations were over and Bierhoff sat down with the quants at the German software maker SAP, which designs and manages the analytics operations for the national team, he gave them a mission: figure out how to come up with an innovative way to make the most essential information and video available to players at any time, and wherever they might be.

“It’s a feedback culture under Bierhoff,” said Sven Schwerin-Wenzel, a senior manager of the soccer team project for SAP. “He said the players were really interested in getting video-based feedback. They are asking for more.”

With an average age of 25.7, Germany has the second-youngest team at the World Cup. (Only Nigeria’s team is younger.) That translates into two important qualities: young legs that can recover quickly in a monthlong tournament, and brains programmed to learn using video because of the era during which many of them came of age.

Bierhoff, 50, who played for Germany from 1996 to 2002, has been at the forefront of incorporating technology into the international game, even during matches. Speaking with reporters at Germany’s training camp in Italy recently, Bierhoff said he welcomed the use of tablets for coaches at the World Cup. “There are many more options available, such as artificial intelligence and machine learning — things that are not necessarily well heard within football but will be part of the future,” he said.

Germany begins group play Sunday, against Mexico in Moscow. Its group also includes Sweden and South Korea. And it feels so good about its chances and its souped-up analytics hardware that it scheduled a news conference for Friday in Moscow to show it off.

To be sure, all the top national teams have embraced statistical analysis to some extent. They all study the basic quantitative information, such as heat maps, possession statistics, pass counts and player tendencies. Also, there are plenty of team video sessions, where players gather to watch what they did right and wrong and the tactics their opponents have employed during previous matches.

For Germany though, the team sessions that in 2014 took place only in hotel conference rooms have been liberated into the devices that the players carry in their equipment bags and keep on their night tables. That means Germany’s players — an information-obsessed group to begin with — most likely will come onto the field for each match armed with more knowledge about themselves and their opponents than any other team.

Germany’s small analytics department, led by head scout Christopher Clemens and a few assistants, is in constant contact with the SAP team while Germany prepares for each tournament. During matches, the analysts divide responsibility for watching a few different players each on the field. Using tagging technology, each player then can receive — shortly after the conclusion of any match — a series of video clips of him playing in any number of different situations that emphasize the areas that the coaches need him to focus on, such as when they press opponents, or counterattack, or tackle, or play the ball behind an opponent.

Each play comes with a qualitative evaluation from one of the scouts, a suggestion of how this could be done better or why it proved successful and should be done more often.

A tap or two on other parts of the screen can deliver similar footage about upcoming opponents, or the latest fitness readings downloaded from the monitors the players wear during training — information that can give the players clues about whether to go all out in the next practice or to dial back effort and maintain energy for the next match.

Schwerin-Wenzel said this was all part of the process to switch from manually uploading data to a focus on real-time information that the coaches need to deliver quickly if Germany wants to do what no team since Brazil has managed since 1962: repeat as World Cup champion.

“All of this is invented by them on the pitch,” he said of Germany’s coaching staff and players. “That’s where the needs are defined.”