A first for the world cup: Second looks 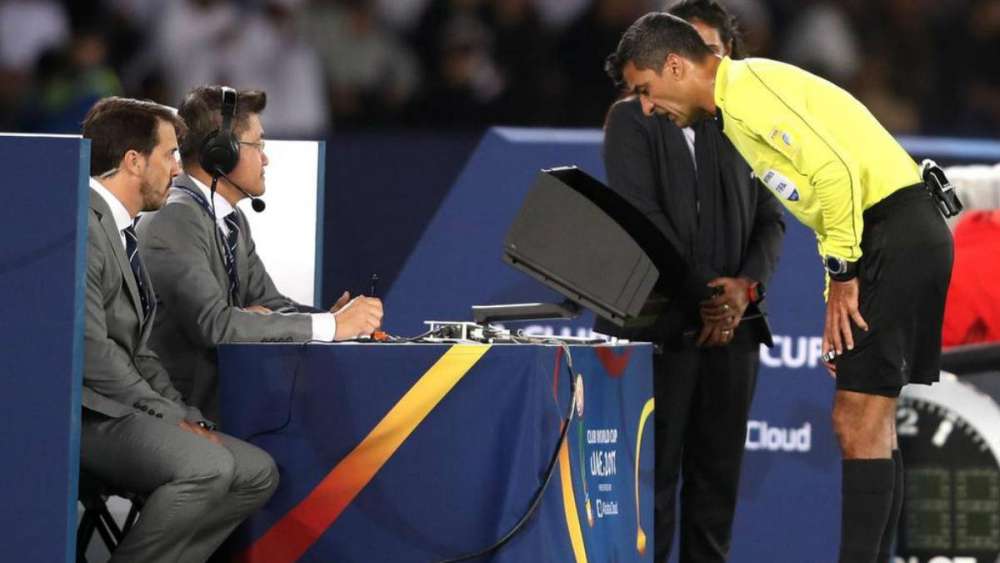 Few topics generate as much discussion during the World Cup as the quality of the referees. He was offside! That should be a penalty kick! Does this guy even know the rules? But this year, video replay will be used to assist match officials at the World Cup. Here is how the video assistant referee system (VAR) is designed to work.

The goal is not to second-guess every call but to avoid the most egregious errors, iconic mistakes like Diego Maradona’s Hand of God goal in 1986 or obvious blunders like the Carlos Tevez’s offside goal against Mexico in 2010. For that reason, video reviews are limited to four areas that are considered game-changing situations: goals, penalties, red cards and mistaken identity.

Who will be reviewing plays, and where?

The referee on the field remains the primary arbiter of all decisions, but now he will be backstopped by a team of colleagues. The first look goes to a video assistant referee and a team of three assistants watching each game from a central location in Moscow. These teams, which are big enough to include built-in redundancies, will be made up of 13 designated FIFA match officials.

Can the VAR stop play?

No. He can alert the on-field referee to a “clear and obvious” error if he sees one, but the incident cannot be addressed until the next stoppage in play. But soccer players, like NFL quarterbacks, are growing wise to this and quickly restarting play if they think the VAR is checking a decision. And as in American football, once the game moves on, there is no going back.

When will the referee rely on the VAR’s word?

In an effort to keep interruptions in play to a minimum, the on-field referee can trust the VAR on decisions that are clear to the naked eye on second look:

— A clear offside that leads to a goal or penalty kick.

— A ball that went out of play before a score or penalty kick.

— Whether a foul was committed inside or outside the penalty area.

When will referees use a field-level monitor to check for themselves?

The referee can review anything on a sideline monitor but in most leagues with VAR they usually save those trips for closer calls like these:

— Did an attacking player commit a foul on a scoring play?

— Was the goal scorer offside or not?

— Was the penalty the result of a dive or a foul?

Can a player or coach request a review?

Absolutely not. In fact, if a player “excessively” makes the box gesture to the referee, a recent change to the Laws of the Game — the rules that govern soccer — requires that the player receive a yellow card.

Who gets the last word?

All final decisions are made by the on-field referee. The VAR, FIFA stresses, is only used to assist in the decision-making process.

What can go wrong?

Plenty, despite FIFA’s best intentions. This year’s World Cup referees come from 35 countries, the assistant referees from even more, and not all of them speak the same languages. Many of those countries also do not use video review in domestic matches, which means that — even though FIFA has held several training sessions and plans even more — the system will be relatively new to many of them. Yet even in places that have it, the system does not always perform perfectly. In Germany this season, two teams had to be called back onto the field for a penalty kick because a referee removed his earpiece at halftime before a review was complete. In the Netherlands, a goal was taken off the board to belatedly award a penalty kick at the other end of the field. In a World Cup knockout game, instances like these would be FIFA’s worst nightmare. But even early critics of VAR now acknowledge the interruptions are worth it. “What we all want,” French World Cup winner Patrick Vieira said, “is less mistakes.”