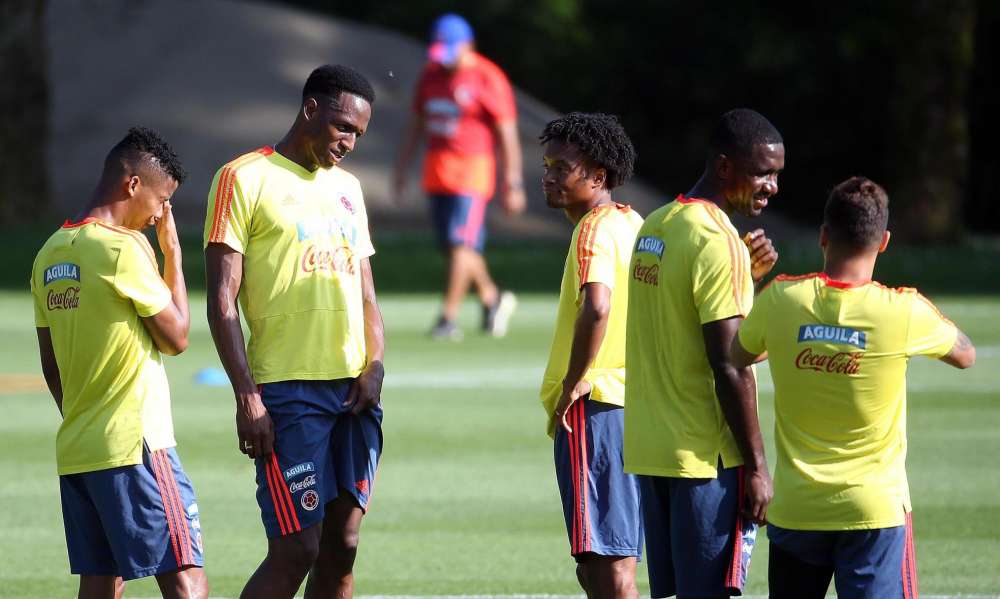 Along with Group A, Group H seems the most evenly spread. Poland was among the weakest top seeds, and Colombia will harbor ambitions of finishing first after its performance in Brazil four years ago. Japan and Senegal, though, will both see the round of 16 as a real possibility, too.

How did they qualify? Thanks in no small part to the endless supply of goals from Robert Lewandowski, Poland eased through a group containing Denmark, Montenegro and Romania.

What can we expect? Russia aside, Poland has the look of the weakest top seed. It should not, however, be underestimated: Coach Adam Nawalka has no shortage of proven talent at his disposal, though there is, perhaps, a sense that this generation is now a little past its peak.

Who’s the star? Poland has an abundance of good-but-unspectacular professionals, but it is Lewandowski who sets the team alight.

How to sound smart talking about Poland “Lewandowski is just so obvious. Piotr Zielinski’s blend of technical ability and long-range goals is Poland’s real strength.”

What would success look like? Having spent so long gaming FIFA’s rankings system to ensure a top seeding, it would be a waste if Poland did not make the quarterfinals.

How did they qualify? José Pékerman’s team sneaked in to South America’s fourth and final qualification slot in the general chaos of the last round of games in October.

What can we expect? The team that was adopted by so many neutrals for its flamboyance in 2014 seems a little paler now, not quite as captivating. Pékerman’s job has been in doubt at times; James Rodríguez, the symbol of the last World Cup, has lost his way a little. There is still more than enough talent, though; Pékerman, likely coaching in his last tournament, must find a way to harness it.

Who’s the star? Radamel Falcao’s toils with injury dominated the buildup to 2014, and despite a frantic attempt to recover from an ACL tear, he eventually missed the tournament. Rejuvenated at Monaco, he will see this as a chance to make amends.

How to sound smart talking about Colombia “Yerry Mina, Stefan Medina, Davinson Sanchez: This Colombia is strong at the back, and that’s the difference.”

A repeat of the quarterfinal performance of 2014 may be the best that Colombia can realistically achieve.

How did they qualify? Unbeaten, but not without controversy: Senegal’s defeat against South Africa was overturned after the match’s referee, Joseph Lamptey, was barred for life for “match manipulation.” Senegal won the replay, and eventually reached Russia comfortably.

What can we expect? Possibly the strongest of the African qualifiers. In Kalidou Koulibaly, Senegal has one of Europe’s best defenders; in Idrissa Gueye and Cheikhou Kouyate, a combative midfield; and in Sadio Mané and Keita Balde, two gifted match-winners.

Who’s the star? At his best, Mané would pose a threat to pretty much any team in the tournament.

How to sound smart talking about Senegal “Keita Balde has the pedigree to be one of this summer’s breakout stars.”

What would success look like? If results break right, a place in the final 16 is within reach.

How did they qualify? Japan’s presence at the World Cup is now almost a given: By winning a group that contained Australia and Saudi Arabia, the team secured a place at its sixth successive finals.

What can we expect? Sadly for Japan, all too many of those appearances have followed the same pattern: creditable performances, but a slight lack of quality that tends to mean an exit at the group stage. Dropping manager Vahid Halilhodzic after qualification is hardly the perfect start for breaking that cycle.

Who’s the star? In a team with plenty of experience in Europe’s top leagues, Dortmund midfielder Shinji Kagawa is the most proven performer.

How to sound smart talking about Japan “Actually, it was an American, Tom Byer, whose coaching program helped Japan produce the vast majority of this team.”

What would success look like? As ever, Japan will be hoping to get out of the group stage.