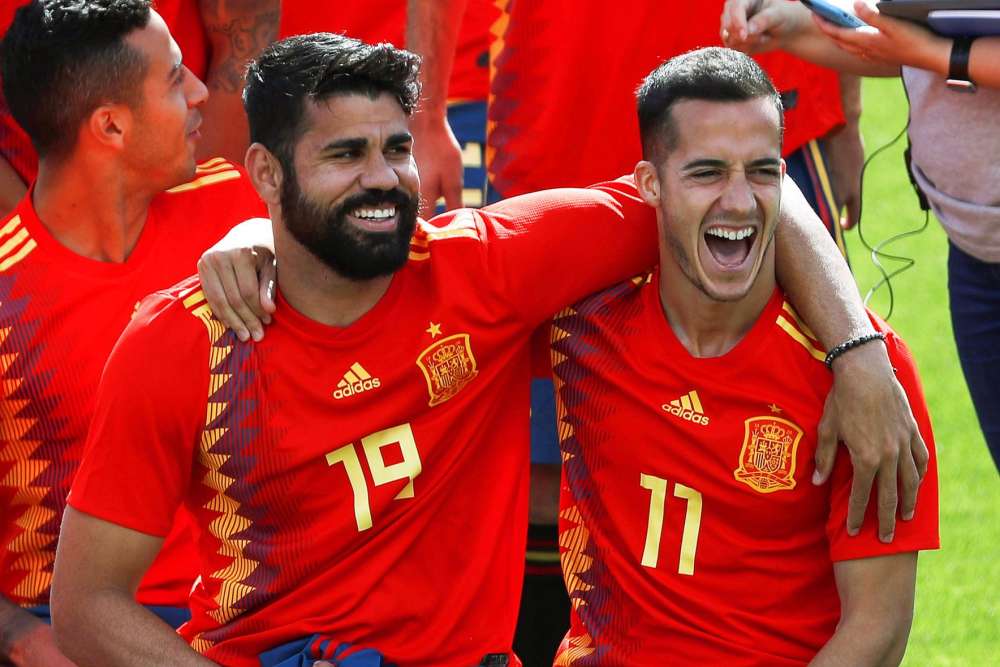 Not as bad as it might have been for Portugal and Spain. Both will expect to make it through — though Morocco is not to be underestimated — in a group that also includes Iran. Finishing on top in this group might prove crucial as the tournament’s knockout round takes shape.

How did they qualify? The reigning European champion, Portugal somehow managed to win 9 of 10 qualifying games and only just squeeze into an automatic slot, slightly ahead of an equally efficient Switzerland.

What can we expect? A similar formula to the one that brought Fernando Santos’ team such success in Euro 2016: effective, rather than aesthetically pleasing; technically accomplished, if a little unexciting; and with one rather eye-catching superstar.

Who’s the star? Cristiano Ronaldo, obviously, and don’t you forget it.

How to sound smart talking about Portugal: “Arguably, Ricardo Quaresma has just as much natural talent as Cristiano Ronaldo.”

What would success look like? After what happened at the Euros in France last year, Portugal’s durability should not be underestimated. They may not be pretty, but they can be very effective.

How did they qualify? In some style: Spain’s 3-0 win against Italy in qualifying was probably the most instructive result any of the major contenders recorded on the way to Russia. Under Julen Lopetegui, Spain seems to have rediscovered the panache that made it the best team in the world between 2008 and 2012.

What can we expect? The same bewitching blend of incisive passing, controlled tempo and technical ability that made Spain a world champion eight years ago, all arraigned behind the battering ram of Diego Costa.

Who’s the star? The old guard of Gerard Piqué, Sergio Ramos and Sergio Busquets will be crucial, but success will depend on the creative spark of the likes of Isco, Marco Asensio and Saúl Ñíguez.

How to sound smart talking about Spain: “It would be a fitting goodbye for Andrés Iniesta for Spain to win this competition.”

Spain has the talent to regain its world title, but the true tests will come outside this group.

How did they qualify? Efficiently. Under Carlos Queiroz, the Portuguese coach who was once in charge of Real Madrid, Iran played 10 games, scored 10 goals, did not concede any, and was one of the first nations to book its place in the finals.

What can we expect? Iran will be disciplined, intelligent and — given that so many of its players remain at home — might surprise new viewers with its technical ability. It seems a stretch, though, to suggest that Team Melli, as Iran’s squad is known, will be exciting.

Who’s the star? Striker Sardar Azmoun, now of Russia’s Rubin Kazan, is known (not entirely logically) as the Iranian Messi. He will be asked to carry the team’s scoring load, such as it is.

How to sound smart talking about Iran: “There will be a few teams hovering around Alireza Jahanbakhsh, given his form for AZ Alkmaar.”

What would success look like? Scoring twice in one game would be welcome; picking up a win in the group stage would be even better.

How did they qualify? The Atlas Lions made the finals for the first time in 20 years in style, winning a group that included the Ivory Coast without losing a game or conceding a goal.

What can we expect? Morocco’s serene progress through qualifying will have bolstered the reputation of Hervé Renard, the team’s itinerant French coach. The squad is packed with creative midfield players, but its strength is its defense. Even illustrious opponents may find the Moroccans frustrating.

Who’s the star? Medhi Benatia, the Juventus central defender, is the team’s captain and linchpin.

How to sound smart talking about Morocco: “For a team drawn from so many countries, it’s amazing how well Morocco speaks the universal language of soccer.”

What would success look like? The draw did not help Morocco’s cause, but catching Portugal cold could mean a place in the last 16.