Work to upgrade Rigainis Street in Nicosia begins despite reactions 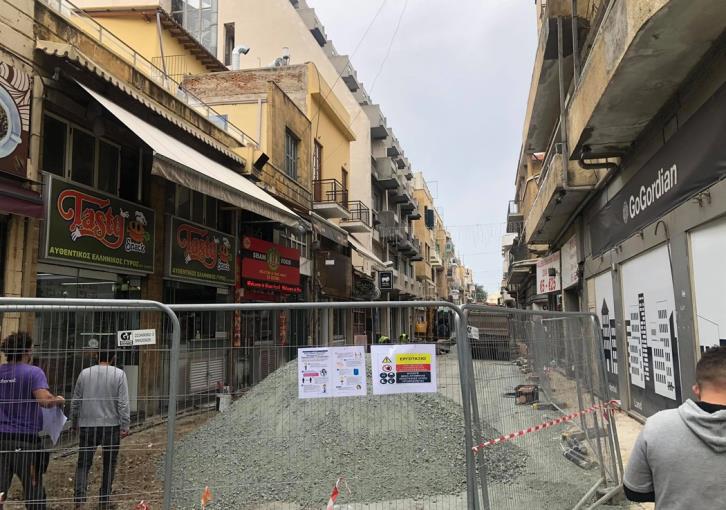 The street is closed to vehicles and according to the Municipality they intend to use the lockdown period when the shops are closed so that citizens will face less problems.

The Municipality noted that the target is to increase the number of visitors and make their visit as easy and safe as possible. It is reminded that in a letter signed by 43 shop-owners of Rigainis street, it was pointed out that the shop owners wanted the road’s upgrading but in a way that would help both them and the shoppers. However, as a representative of them said, they were told that the work would begin immediately and their suggestions were not taken into consideration.

In an effort to appease them, the Municipality promised the shopkeepers that lights in the area would be replaced and that their windows would be improved.

By gavriella
Previous articleStreet art by top artists covered in Paphos.
Next articleCitizens’ request to Public Sector for information