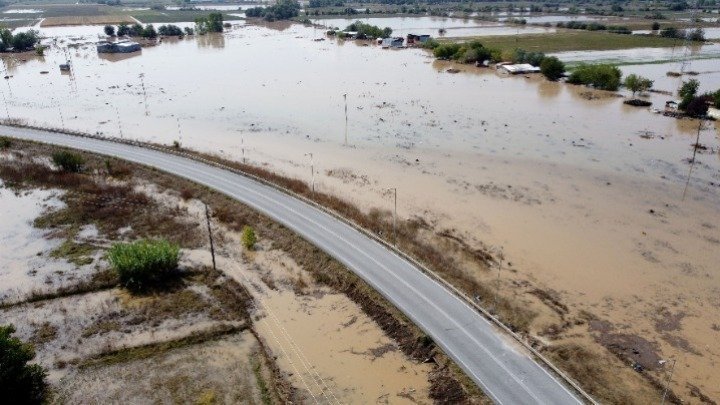 The situation in the Karditsa Regional Unit remains particularly difficult on Monday, following the severe flash floods caused by the bad weather due to cyclone ‘Ianos’ over the weekend.

Bridges have been destroyed and the road network has suffered extensive damage, while many areas have been cut off completely and farmers are in despair, having lost large amounts of livestock.

See also: Sheep breeders trying to save their animals

The settlements of Oxia are inaccessible as the road network has been destroyed, the mayor of Mouzaki, Fanis Stathis told the Athens-Macedonian News Agency (ANA).

At the moment, work to restore the road network is in progress, while the transfer of the inhabitants to other parts of the Regional Unit of Karditsa is also planned.

In the municipality of Palamas an attempt was made last night, on the initiative of the mayor Giorgos Sakellariou, to evacuate, for precautionary reasons, residents from the community of Metamorfosi as the level of the Italikos river had risen dangerously.

The municipality and the Regional Unit of Karditsa are on alert, Sakellariou stressed.

By In Cyprus
Previous article‘Building a new psychiatric hospital is an urgent need’, Ombudsman says
Next articleMinistry of Health calls visitors of Kiti Bishopric to get tested for covid-19