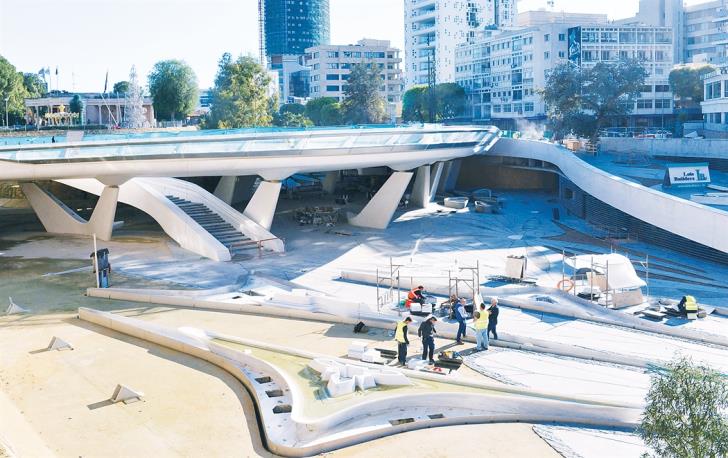 Nicosia mayor Constantinos Yiorkadjis believes that work in the project to revamp Eleftheria square could finish within three months.

Eleftheria square, where the bridge is, was opened for public use two years ago, he said in an interview with Phileleftheros, adding that in early March more benches will arrive from abroad. Work on Costakis Pantelides street has been completed and the parking on Omirou avenue will finish very soon, according to the mayor.

He also said that everybody involved in the project – coordinator, architect, construction engineer – has been given strict instructions to finish their work within three months, except the indoor areas in recreation places.

As far as the moat is concerned. work focuses on finishing at two fountains, placing some grits, regulating all the lighting and finishing work for the glass lift in D’Avila moat.

Referring to the cost of revamping the square, he said 26 million euro was approved (excluding VAT) some years ago. Tenders for the construction works ranged between 26.5 m. and 33 m. without VAT, and the offer of the first contractor was 23 m., he noted.

He explained that as work progressed additional work had to be carried out, in relation to what was agreed in 2011, in sections which the citizens demanded, such as redesigning Costakis Pantelides street and using LED light bulbs.

The mayor pointed out that out of the 40 m. euro which is now the approved budget, 85% comes from European funds and 15% from Nicosia municipality and the government. This amount, he explained, includes studies, VAT, upgrading all social services and other such matters.

By In Cyprus
Previous articleRouhani says Iran will never yield to U.S. pressure for talks
Next articleAstrobank: Takeover talks with National Bank are ongoing