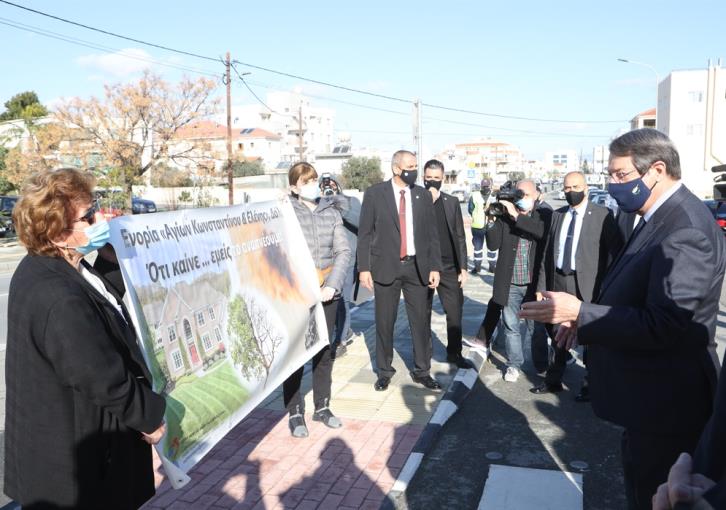 Women protesters from Dhali area where a nearby toxic asphalt production plant is in operation on Monday ‘surprised’ President Nicos Anastasiades while exiting a health centre where he got vaccinated against covid-19.

Holding banners saying “whatever is exhumed we and our children breath it in” the women urged the President to urgently solve the community’s long-standing health problem, according to Philenews. Six thousand people are affected, especially young ones since two elementary schools are situated too close to the plant whose removal has been demanded for years.

The President assured he will discuss this issue with Attorney General George Savvides with whom he had a scheduled meeting later on Monday.

The hot issue is under review before the Republic’s Law Office since communities where the transfer of the industrial unit is proposed are also objecting to having it there. By Annie Charalambous
Previous articlePresident, Edek leader meet to try to reach consensus on 2021 budget
Next articleVaccine appointments all booked in 30 minutes