With Trump sitting nearby, Macron calls nationalism a betrayal (pictures) 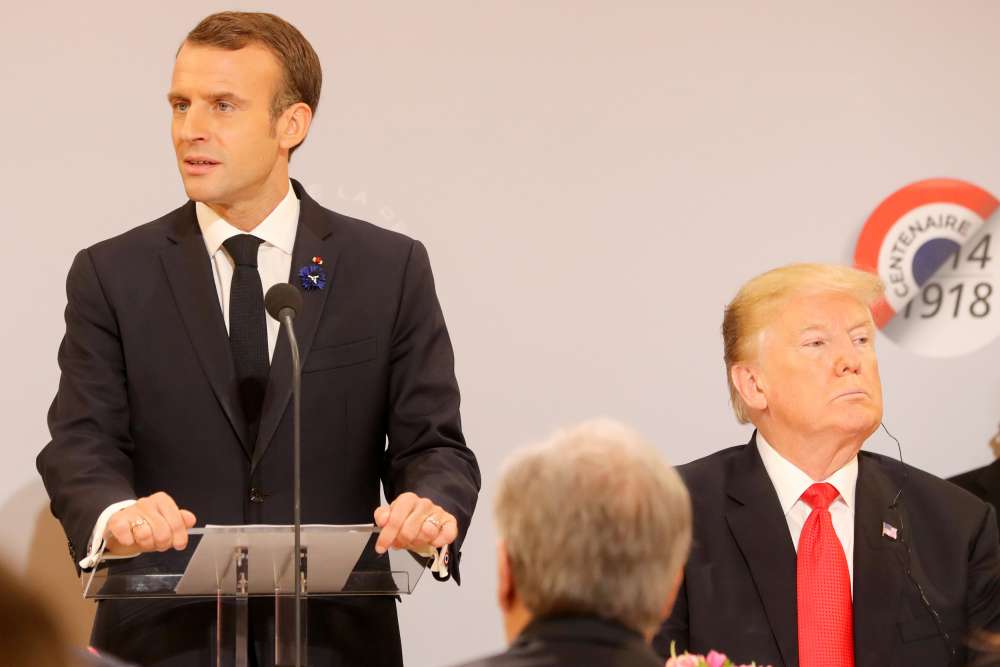 French President Emmanuel Macron used an address to world leaders gathered in Paris for Armistice commemorations on Sunday to send a stern message about the dangers of nationalism, calling it a betrayal of moral values.

With U.S. President Donald Trump and Russian President Vladimir Putin sitting just a few feet away listening to the speech via translation earpieces, Macron denounced those who evoke nationalist sentiment to disadvantage others.

“Patriotism is the exact opposite of nationalism: nationalism is a betrayal of patriotism,” Macron said in a 20-minute address delivered from under the Arc de Triomphe to mark the 100th anniversary of the end of World War One. 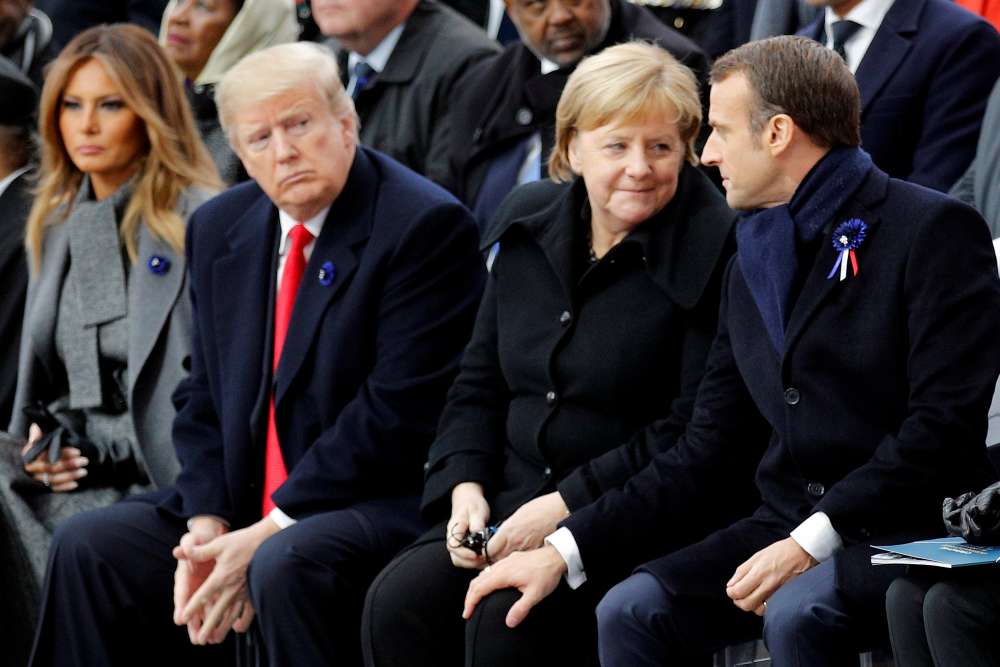 “By pursuing our own interests first, with no regard to others’, we erase the very thing that a nation holds most precious, that which gives it life and makes it great: its moral values.”

Trump, who has pursued “America First” policies since entering the White House and in the run-up to the congressional elections this month declared himself a “nationalist”, sat still and stony-faced in the front row as Macron spoke.

There was no immediate response from either the White House or the Kremlin to Macron’s comments.

In the week ahead of Sunday’s commemoration, Macron spent time touring World War One battlefields in northern and eastern France, repeatedly warning in speeches of the resurgence of nationalism, saying it threatened the unity so carefully rebuilt in Europe over the past 70 years.

In one interview, he compared the political tone now to the 1930s, saying complacency towards unbridled nationalism then had opened the way for the rise of Hitler. 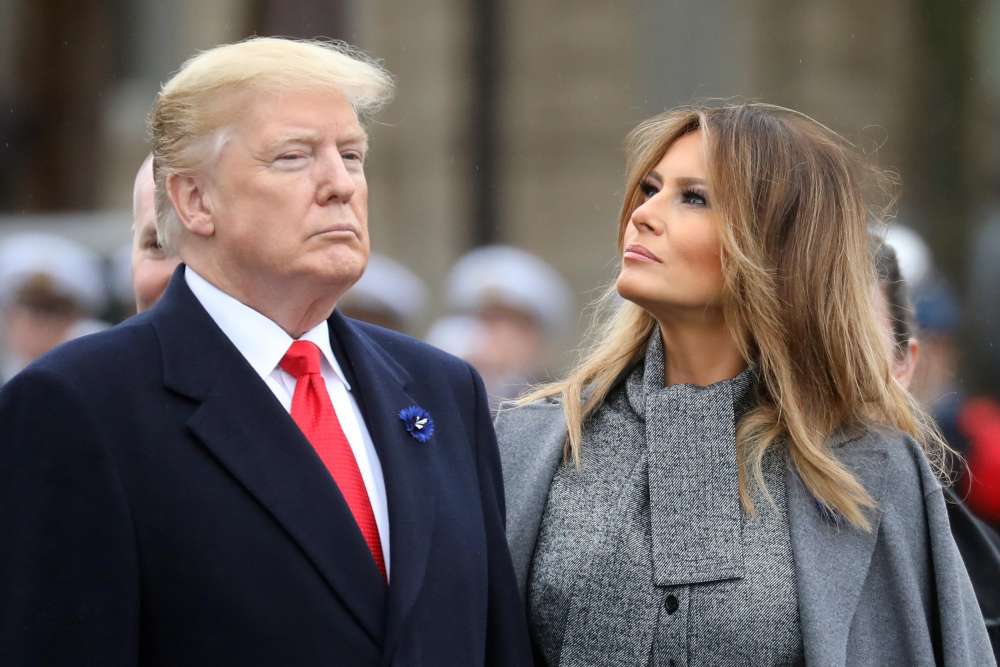 In part, his warnings seemed aimed at far-right parties that have gained ground across Europe in recent elections, including in France, where the National Front, now renamed the National Rally, has nudged ahead of Macron’s En Marche movement in the polls ahead of European Parliament elections next May.

Besides France, right-wing nationalist or populist parties are on the rise or now have a stake in power in Italy, Hungary, Poland, Austria and Slovenia, among others.

There has been a similar resurgence in nationalist-populist sentiment from Brazil to Turkey and the Philippines, echoing trends in Russia and the United States and challenging the multilateralism that leaders like Macron are keen to preserve.

In his address on Sunday, Macron said that “old demons are reawakening” and warned against ignoring the past.

“History sometimes threatens to repeat its tragic patterns, and undermine the legacy of peace we thought we had sealed with the blood of our ancestors,” he said. 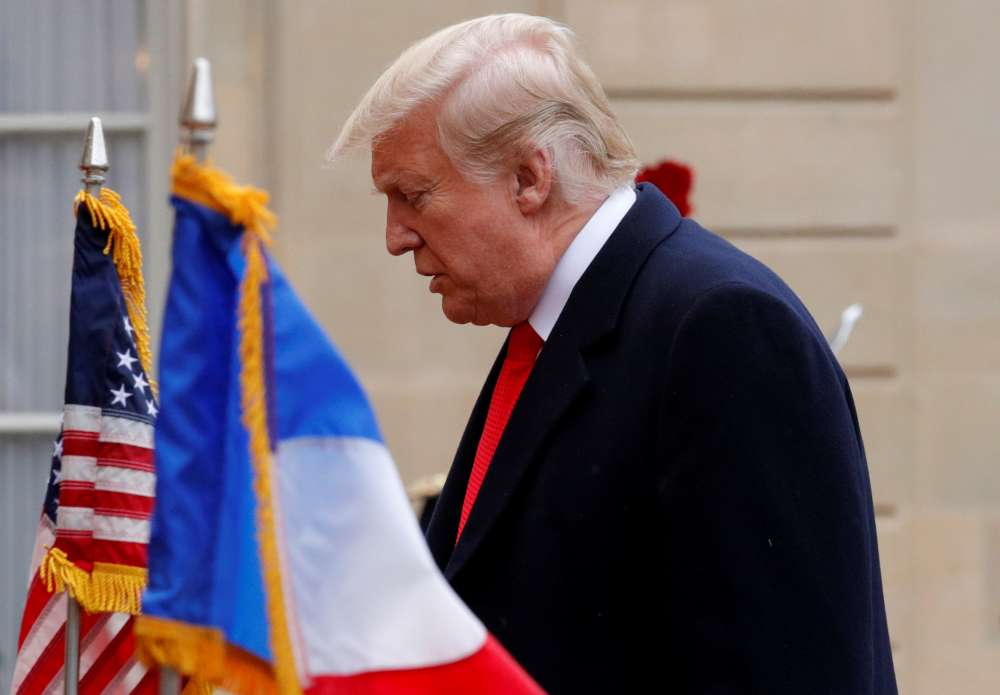 Asked in late October what he meant when he described himself as a nationalist, Trump cited his love of the country and said it was about putting it first economically.

“We’re giving all of our wealth, all of our money, to other countries and then they don’t treat us properly,” he said.

“For many years other countries that are allies of ours… they have not treated our country fairly. So in that sense, I am absolutely a nationalist and I’m proud of it.” 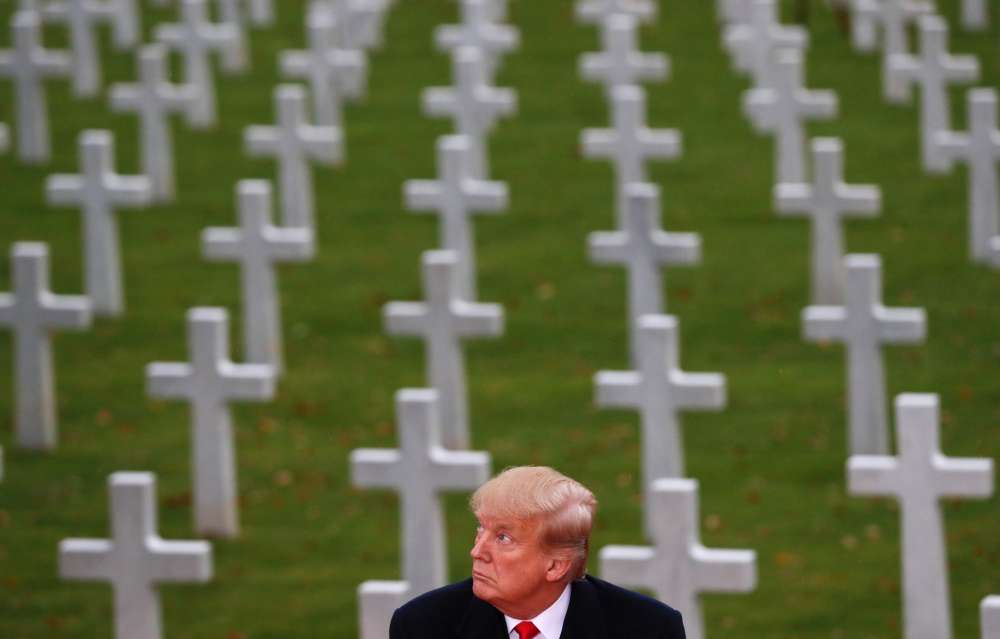