With sadness but no ceremony, Japan marks disaster anniversary 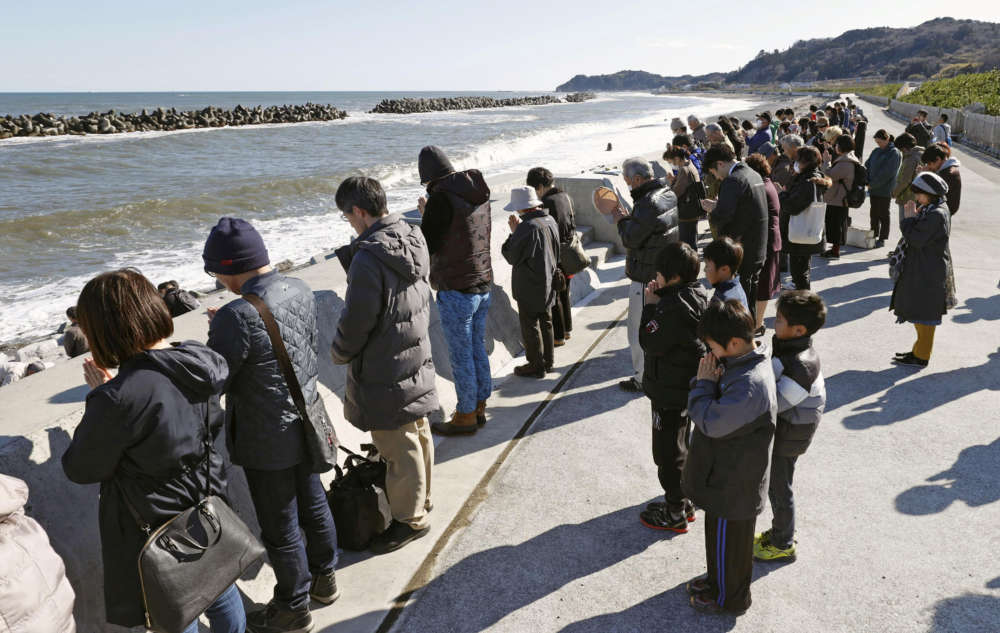 Japan marked the sombre nine-year anniversary of devastating natural disasters and a nuclear accident on Wednesday as official commemorations and vigils were cancelled because of fears over the spread of the coronavirus.

The natural disasters and meltdowns at the Fukushima plant forced hundreds of thousands of residents to flee their homes.

Prime Minister Shinzo Abe and other government officials attended a small memorial ceremony and observed a moment of silence on Wednesday, sitting in chairs spaced a few feet apart.

In his speech, Abe apologised for not holding an official memorial for the anniversary, saying it was a necessary step to contain the spread of the respiratory disease.

Abe also lauded the reconstruction of Japan’s disaster-struck region and said he hoped the Tokyo Olympics would be a chance for the country to showcase its recovery efforts.

“I think there were other ways to handle (the memorial),” said Natsumi Hoshi, a 42-year old Tokyo resident, who was among a group of around a hundred people gathered in a city park to lay flowers.

“I think people are still hurting,” he said.

Despite the many signs of recovery in Japan’s northeast, some residents are still unable to live in the areas closest to the Fukushima plant. Radiation levels in such areas remain high despite repeated decontamination efforts.

“I think the memory (of the disaster) is fading away,” said Masahiko Sano, a 47-year old company owner, who also joined the event at the park.

The government called off a memorial event that was scheduled for Wednesday as Japan sought to contain a widening outbreak of the coronavirus. The country has closed schools, theme parks and zoos, as part of its wider effort to scale back public events and mass gatherings to slow the transmission of the virus.

Japan has nearly 1,300 cases, including about 700 from the Diamond Princess cruise ship that was quarantined near Tokyo last month.

With every new spike in the figures, speculation has grown that the Tokyo 2020 Games, which are due to open on July 24, could be cancelled, delayed, or held without spectators like many pre-Olympic qualifiers and other unrelated sports events in recent weeks.

Pictured: People attend a moment of silence at 2:46 p.m. (0746 EET), the time when the magnitude 9.0 earthquake struck off Japan’s coast in 2011, in Iwaki, Fukushima prefecture, Japan, in this photo taken by Kyodo March 11, 2020, to mark the nine-year anniversary of the disaster. Kyodo/via REUTERS

By Josephine Koumettou
Previous articleThailand cancels visa on arrival for 18 countries, including Cyprus, to limit virus spread
Next articleCoronavirus: Holy Synod says church services to be held as normal, live broadcasts on CyBc