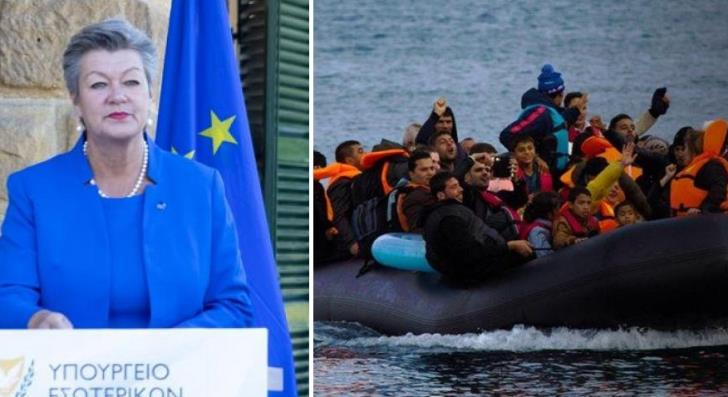 With EU support Cyprus can step up on reception capacity, return and integration of irregular migrants, EU Commissioner for Home Affairs Ylva Johansson who visited the Mediterranean island on Tuesday.

After visiting Pournara reception centre in the outskirts of  Nicosia, Johansson said: “Cyprus is the EU member with the highest number of asylum applications per capita.”

She added: “I had good discussions with Minster of Interior Nicos Nouris and his team on how Cyprus, with EU support can step up reception capacity, return and integration”.

As for Nouris, he told journalists that Johansson had the opportunity to get a first-hand impression of the problems Cyprus is confronted with.

He then underlined the need for the bloc to manage proportionally the largest number of migratory flows among all EU member states.

And he pointed out that the particularities Cyprus faces require additional support and assistance from the European Commission.

The government is not able to exercise effective control along the line dividing Cyprus after a 1974 invasion by Turkey which still maintains troops in the breakaway north.

This is exploited by Turkey, the Minister said before adding that it systematically and on a daily basis promotes, through the occupied areas, illegal immigrants coming from its southern coast.