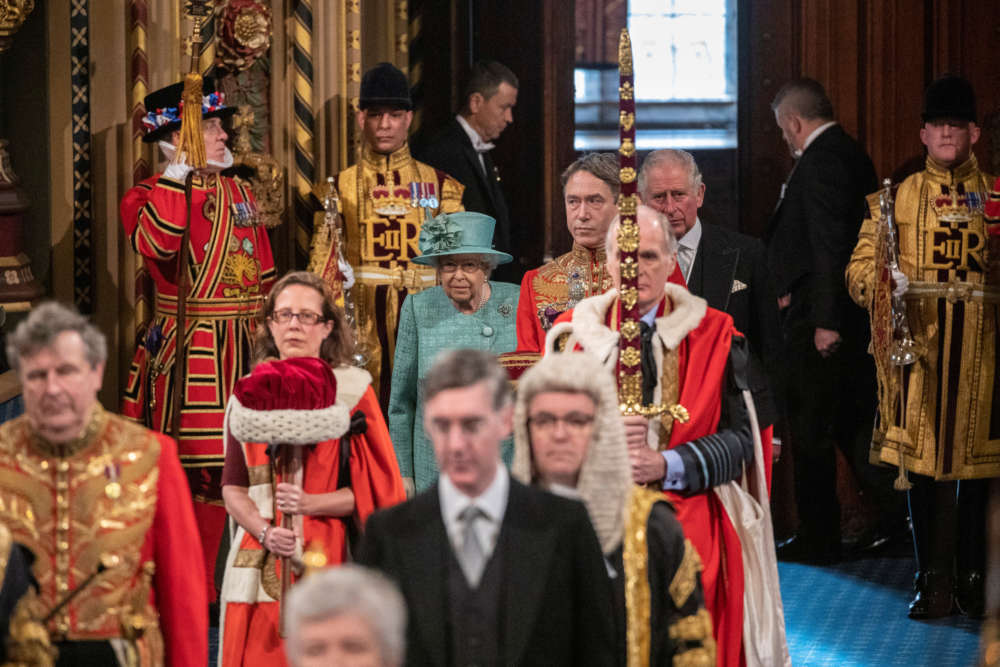 Prime Minister Boris Johnson unveiled what he called a radical government agenda on Thursday, setting his sights on a quick Brexit, future trade deals and on transforming Britain to repay the trust of voters who handed him a landslide election victory.

Just a week after he won the largest Conservative majority since Margaret Thatcher in 1987, the Queen’s Speech offers details of Johnson’s plans for Britain after more than three years of Brexit upheaval.

Johnson showed he intended to try to satisfy the demands of voters in northern and central England who broke their tradition of backing the opposition Labour Party to support him.

Among pledges to boost funding for the state health service, increase sentences for violent crime and enhance workers’ rights, Johnson made his campaign slogan to “get Brexit done” his number one priority, confirming he would lead Britain out of the European Union on Jan. 31.

He said he would not allow any more “dither and delay”, ruling out any extension beyond 2020 to the transition period to negotiate a free trade deal with the EU, and suggesting he would hold trade talks with other countries at the same time.

“Our first task is to get Brexit done and we will leave the EU at the end of January,” Johnson said in the foreword to the Queen’s Speech, when Queen Elizabeth sets out her government’s programme at the beginning of a new parliament.

“We will release the country from the stranglehold of indecision, restoring confidence to people and businesses. We will avoid the trap of further dither and delay – by ruling out any extension to the implementation period beyond 2020.”

On Friday, he plans to begin the process of passing legislation needed to ratify Britain’s EU exit on Jan. 31, after which date the government department specially created to oversee Brexit will be closed.

Calling his government’s programme the “most radical Queen’s Speech in a generation”, Johnson outlined plans to overturn the economic austerity the Conservative Party has overseen for the last nine years.

He promised to spend more on Britain’s much-loved but struggling National Health Service (NHS) by passing legislation to guarantee funding increases, rising to an extra 33.9 billion pounds per year by 2023-24.

He also promised better education, better infrastructure and better technology, and pledged a review of Britain’s security, defence and foreign policy in the “most radical reassessment of our place in the world since the end of the Cold War”.

John McDonnell, Labour’s finance policy chief, said the government’s agenda offered “nothing new … for our NHS and public services or people struggling this Christmas”, describing the government as “out of touch”.

But with a majority of 80 in parliament, Johnson is pretty much assured of getting his programme passed by the House of Commons, allowing him almost free reign to set the agenda.

And he even suggested he could win another term at an election due in 2024: “Just imagine where this country could be in 10 years’ time.”

On Tuesday, Johnson told his top team of ministers that they “ain’t seen nothing yet folks”, warning them that there was much to do to pay back the trust offered his government in the election on Dec. 12.

After more than three years of debate over Brexit, Johnson wants to move quickly to try to unite a country divided by disagreements over how, when or whether Britain should leave the EU.

His aides say he is also determined to try to keep the support of those voters in northern and central England, many of whom voted Conservative for the first time, by trying to make their lives better.

“I am humbled by the trust millions of voters placed in this government last week. The work to repay that trust starts here,” he said.

“Our ambition is nothing short of a complete transformation of our country for the better.”