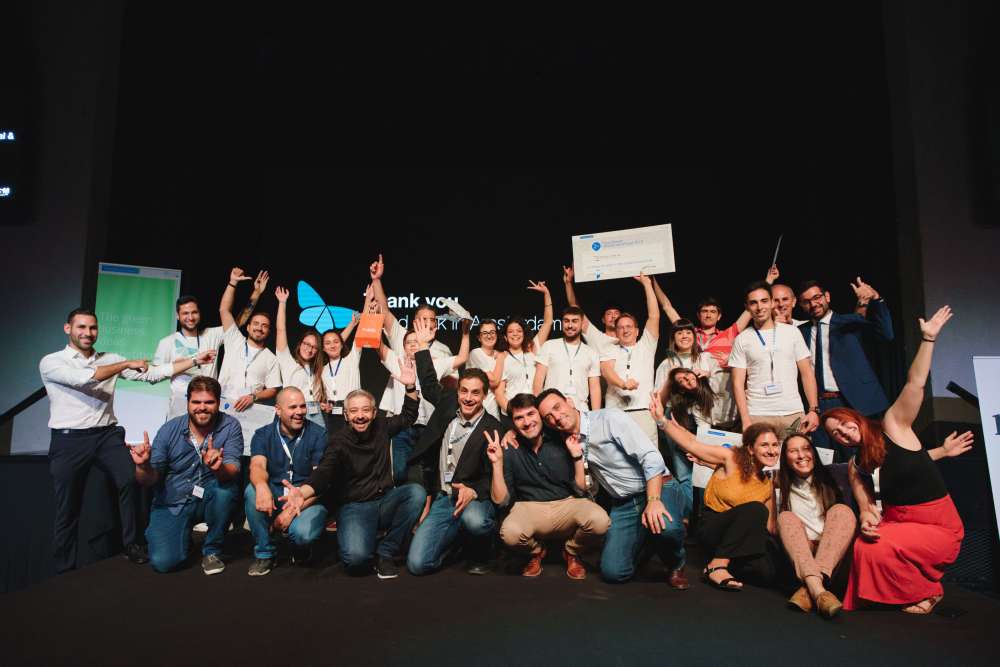 At the National Final of Climate Launchpad, Ag Catalytic Solutions and Terralithia won the ticket for the Global Grand Final, the world’s largest green business idea competition in the areas of cleantech and sustainable development that will be held in Amsterdam on November 14 and 15.

Team Pulse, that placed third, has been invited to participate in an online competition through which they will have the opportunity to win one of the 16 “wild cards” and participate in the Global Final. This year, the competition runs in more than 50 countries and locations worldwide.

The top-10 ideas of the Grand Final will win access to the Climate-KIC’s Accelerator, a ‘real life business school’ that focuses on the development and commercialisation of cleantech startups and provides access to further training and funding.

The first winner of the Grand Final also receives a cash prize of €10,000, the runner up gets €5,000 and the team that finishes in third-place wins €2,500. Start-ups will also have the opportunity to pitch for awards in the Climate-KIC thematic categories such as Urban Transitions, Sustainable Land Use, Sustainable Production Systems and Decision Metrics and Finance.

The seven finalists, which participated in the competition in Cyprus attending a series of intense coaching sessions, presented their idea in front of a jury panel that comprised field professionals.

In his welcome speech, Evgenios Evgeniou, CEO of PwC Cyprus said: “At PwC we believe that sustainability is a business issue. Using our voice, knowledge, expertise and relationships, we work with others to be ‘part of the solution’ & become catalysts of change.”

Attendants also had the opportunity to watch presentations by the start-ups that participate in this year’s Climate-KIC’s Accelerator programme, start-ups that have surpassed the idea stage and are in the process of making their entry to the market and securing their first paying customers.

Furthermore, Chrysalis LEAP and the Cyprus Energy Agency introduced the YENESIS project, a project in which both entities participate, and which aims to help young individuals living on islands join the green jobs market, through a series of actions which will include training, mentoring and job placements.

The competition is being organised in Cyprus for the sixth consecutive year by Chrysalis LEAP in cooperation with Climate-KIC, EU’s main climate innovation initiative.

In statements, Stelios Procopiou, Managing Director of Chrysalis LEAP said “We are extremely happy and proud for the successful conclusion of the ClimateLaunchpad competition in Cyprus, for the sixth consecutive year.

The winning teams have all the qualities to excel at the Global Final. We would like to thank PwC Cyprus and Bernhard Schulte Shipmanagement, for their invaluable continued contribution in making this competition, which gives aspiring entrepreneurs the opportunity to materialise their dreams, a success.”