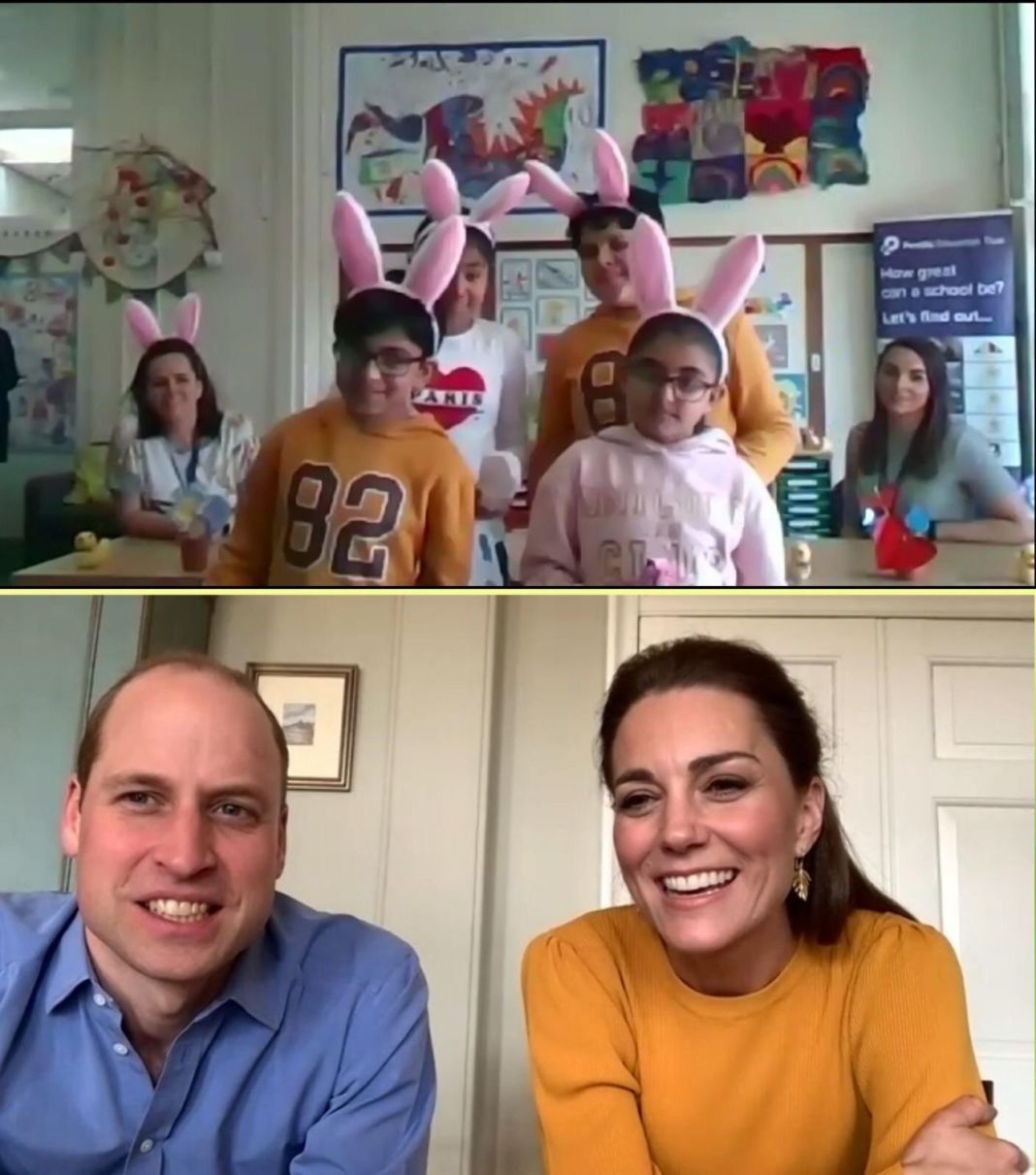 Britain’s Prince William and his wife Kate surprised children at a school with a video-call to offer thanks to their parents who are key workers keeping the country running during the coronavirus pandemic.

Schools closed for most children three weeks ago to curb the spread of the virus but are still open to care for the children of people who work in hospitals for the National Health Service (NHS) and other key sectors.

Holding up a picture to show the royal couple, one of the children told them that it was painting of his mother who worked for the NHS.

The children also asked them [William and Kate] who 'the best famous person was that they had met'.

'The Duchess said that George has been watching lots of David Attenborough's Blue Planet so that would probably be hers. The Duke said his favorite people weren't actually famous’ pic.twitter.com/uvCDSGzFSH

— The Duke and Duchess of Cambridge (@cambridgeroyall) April 8, 2020

“You should be very proud of her, they’re doing an amazing job, all the NHS workers,” Kate told the boy at the Casterton Primary Academy in Burnley, northern England.

With the United Kingdom in its third week of lockdown, the royal family have finding ways to rally the British people, with William’s father and heir to the throne Prince Charles, who himself has recovered from COVID-19, opening a new hospital last week by video link.

Queen Elizabeth, William’s grandmother, made a rare televised address on Sunday, saying that the coronavirus outbreak could be overcome if people stayed resolute in the face of lockdown and self-isolation.

William and Kate joked with the children and staff, who were all wearing bunny ears to celebrate Easter, saying that they wished that they had similar headware, as they thanked the staff caring for the children for their hardwork.

“We just wanted to say a huge thank you to you guys and well done and keep it all going,” William said.